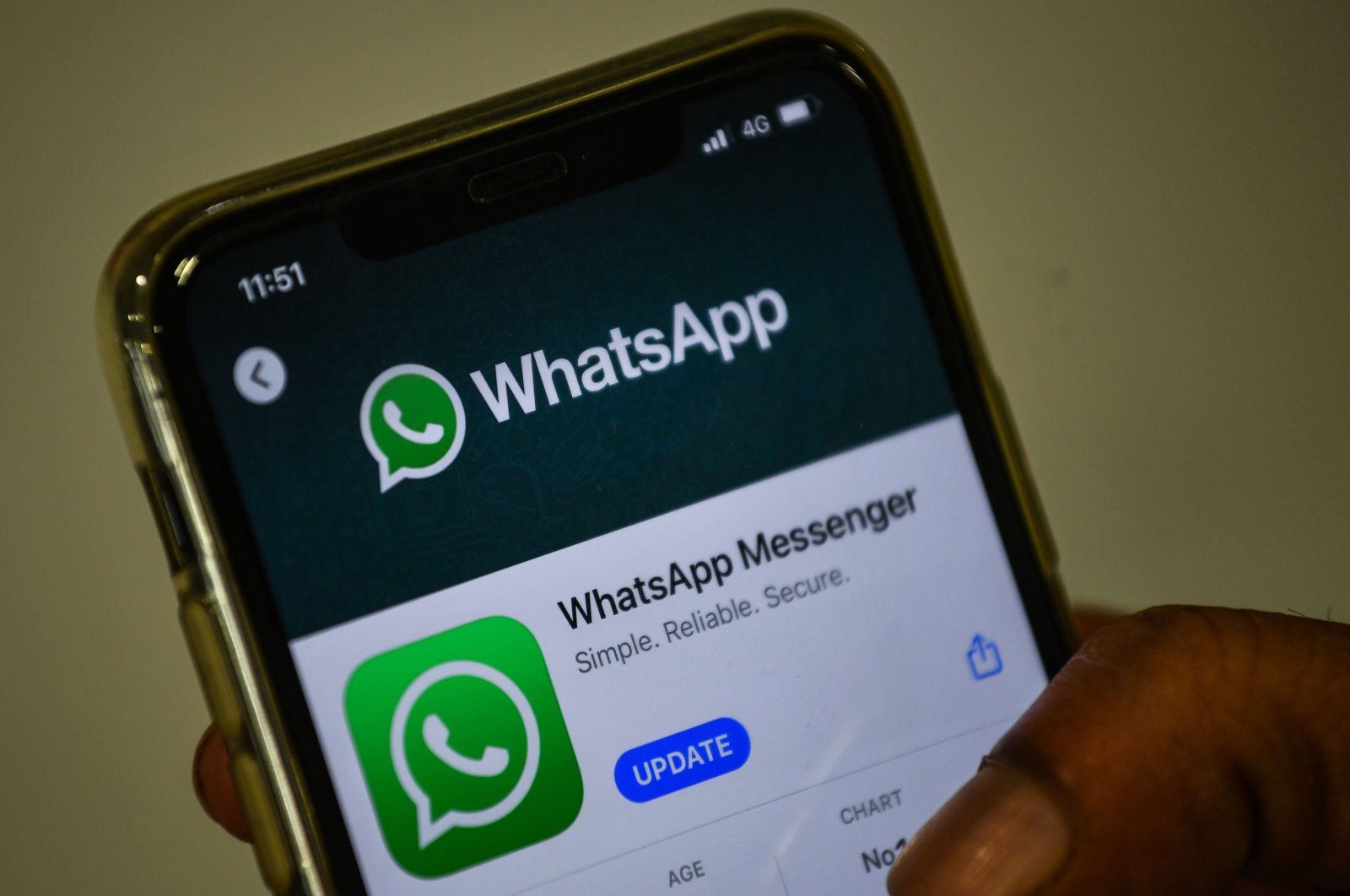 Turkey’s Personal Data Protection Board (KVKK) Tuesday announced it had officially launched a probe into WhatsApp, a day after the country's competition watchdog announced an investigation into the messaging app and its owner Facebook over new usage terms that sparked privacy concerns.

The board on Monday announced it would discuss WhatsApp’s “mandatory update” at Tuesday’s meeting.

After evaluating whether the issue adheres to general personal data protection legislation, the KVKK decided to initiate a formal review of the app's data processing conditions, data transfers abroad and basic principles.

The board said it would follow the process and reassess the matter on Feb. 8, according to a statement.

The Turkish Competition Board (RK) on Monday announced that it had launched an investigation into Facebook and WhatsApp over the changes to the messaging app’s data-sharing rules.

In a written statement, the board said it had ruled the data-collection requirement should be suspended until the probe is complete.

The moves came after WhatsApp last week said it was updating its terms of service and privacy rules, forcing users to agree to let Facebook and its subsidiaries collect WhatsApp data that includes users’ phone numbers, contacts’ phone numbers, locations and more.

The company warned users in a pop-up notice that they “need to accept these updates to continue using WhatsApp” – or delete their accounts. The users must accept the changes or see their access to the service cut off from Feb. 8.

The company says the changes are related to business transactions and that private messages would not be affected.

In a statement to Reuters following the Competition Board’s statement, a spokesperson for WhatsApp denied that the update to its services would impact privacy on the platform, adding that the company remained committed to “delivering secure and private communications for everyone.”

Turkish WhatsApp users, concerned about that the possible sharing of their personal information, began downloading alternative messaging applications such as BiP, Signal or Telegram. Many chose to close down their WhatsApp accounts even though the messaging app tried to assure users that the content of messages would remain encrypted.

The Competition Board said its investigation would focus on whether Facebook and WhatsApp were in violation of Article 6 of Turkey’s competition laws, which bar companies from “abusing their dominant positions.”

President Recep Tayyip Erdoğan’s office and Turkey’s Defense Ministry announced over the weekend that they were ceasing using WhatsApp to communicate with journalists and asked them to download the Turkish messaging application, BiP, which was developed by mobile phone operator Turkcell.

BiP as well as other rival messaging apps such as Signal and Telegram have since seen a sudden increase in demand.