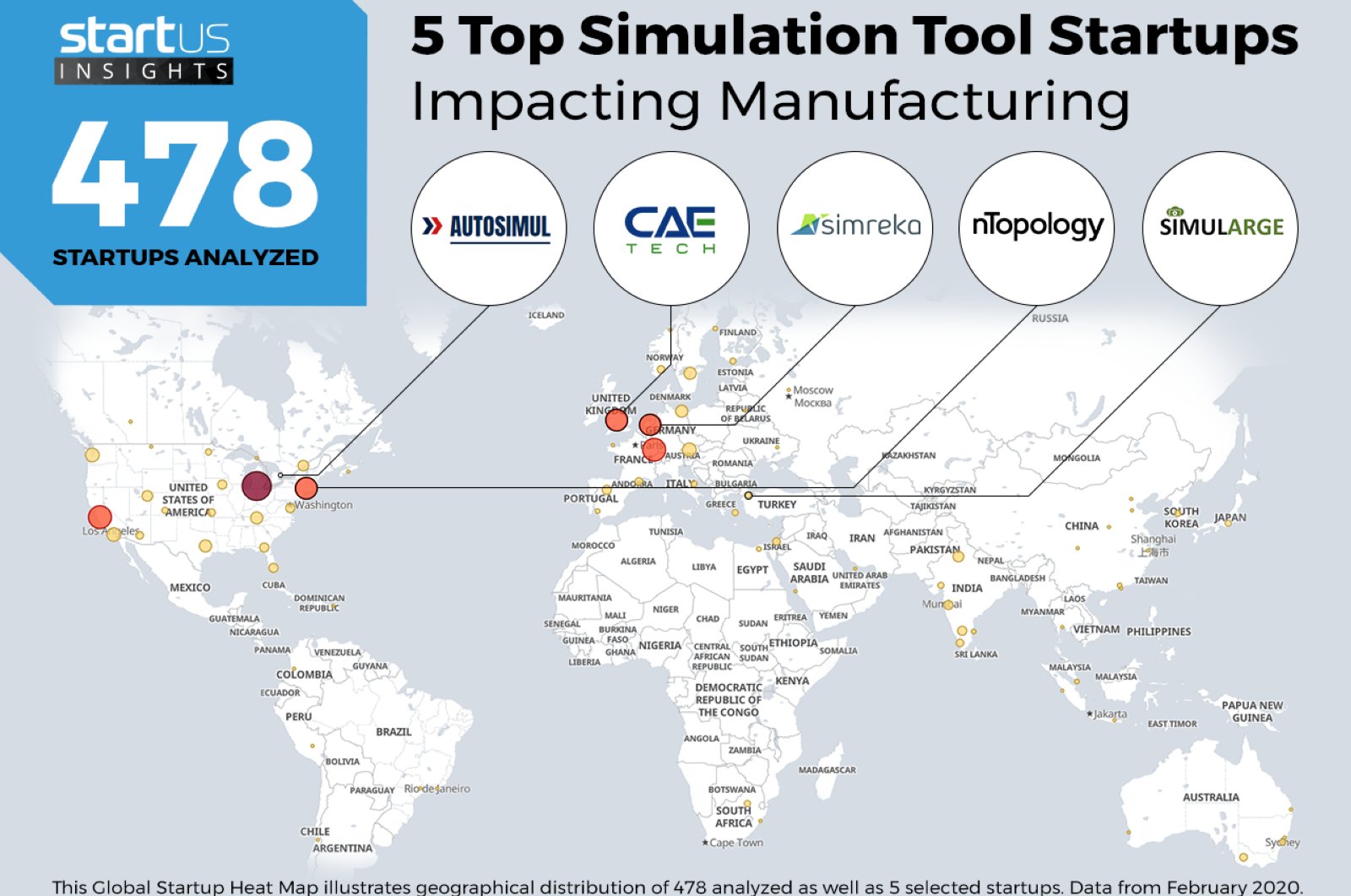 Simularge is among the top five best simulation enterprises, along with American, Canadian, British and German companies. (Courtesy by Startus Insights)
by Daily Sabah with AA Mar 20, 2020 3:27 pm
RECOMMENDED

Offering cloud-based testing services with online simulation tools and a software development team, Turkey’s Simularge has been listed as one of the best simulation enterprises in a global research.

According to a statement released by the company, it has been selected as one of five simulation enterprises working on solutions for the manufacturing sector, in a research conducted by innovation analysts of Startus Insights, which examined 478 organizations in the field. It shared top place in the list with American, Canadian, British and German companies.

Representing itself as an engineering platform, Simularge is member of the SAHA Istanbul Defense, Aviation and Aerospace Cluster, which is Turkey's largest industrial group that has undertaken important responsibilities for the country's defense and aviation industries.

In the statement, İlhami Keleş, Saha Istanbul’s general secretary, said the cluster undertakes an important responsibility in Turkey’s domestic defense industry and has carried out many projects so far.

Simularge's virtual testing platform enables fast, interactive and affordable infrastructure to allow producers to virtually test their products before launching them. This enables factories to digitize their operations without the need to collect big data.

Established in January 2018, Simularge's online simulation tools are currently being tested on 90 users, while its three-person executive team has implemented five projects over 2018. The venture, which is successfully used by major customers such as Arçelik and ranked second in the TechSquare venture event offered by KoçSistem, will receive support from KoçDigital.

In the final of the T-Day's Venture of the Year award, the jury gave Simularge's entrepreneurial team, which came in second, the opportunity to develop a joint project with KoçDigital.