Turkish firm to export robotic gait therapy system to US 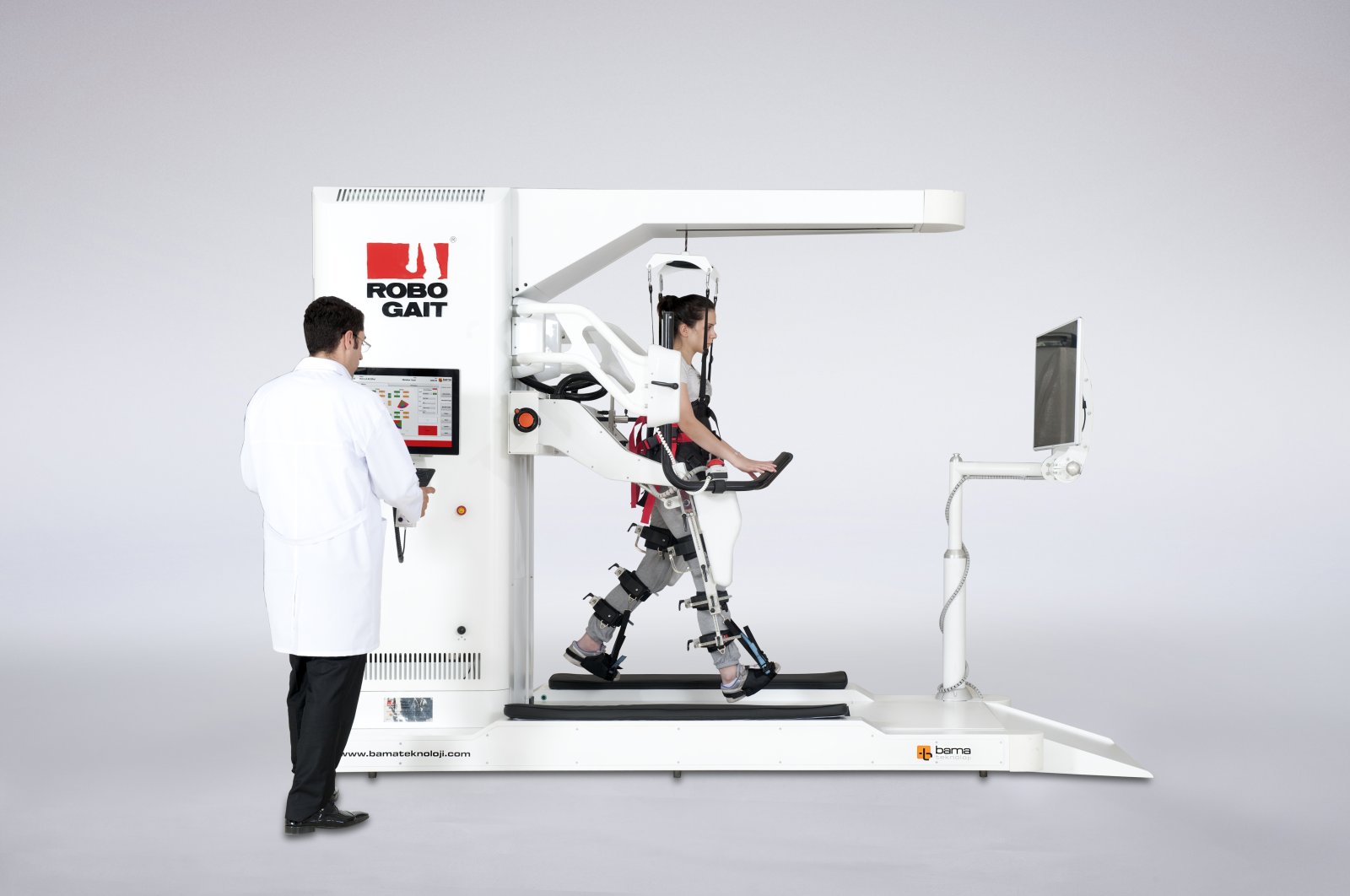 The RoboGait gait rehabilitation system is depicted in the photo provided on March 25, 2021. (Courtesy of BAMA Teknoloji)
by Daily Sabah with AA Mar 25, 2021 1:28 pm
RECOMMENDED

The Ankara-based Turkish startup BAMA Teknoloji has significantly helped to improve the treatment of gait issues with its products used for the medical sector in Turkey and Europe, particularly the gait rehabilitation robot, RoboGait, and is now eyeing exporting its technology to the United States.

The robot-assisted product was already included in the U.S. FDA Approved Medical Devices List, paving the way for its overseas sales.

The company, which operates under the roof of the Middle East Technical University (METU) Teknokent, has been carrying out research and development (R&D) works on robotic rehabilitation systems since 2010.

Having been the first and only domestic technology producer in this field, BAMA Teknoloji has earned itself a place among the top four manufacturers of such technology worldwide with RoboGait, an advanced gait system that offers the patient a natural physiological gait pattern through a computer-controlled robotic orthosis.

The company was initially established with Small and Medium Enterprises Development and Support Administration (KOSGEB) and the Scientific and Technological Research Council of Turkey (TÜBITAK) financing and received state support for its R&D as one of the “exemplary” startups in the country.

The company then quickly commercialized its products and successfully carried out import substitution in the domestic market and expanded abroad.

Its overseas activities started with the European market and the RoboGait devices started to be used in clinics in Poland, Romania and Hungary and now the company will soon be in the U.S. medical devices market with the same product.

BAMA Technology has rapidly developed its product range with new designs, develops new technologies in the field of biomechanics and offers them for use in the health sector.

The company has won many technology awards with its products. It ranked 33rd among the 100 Fast-Growing Companies List prepared by the Union of Chambers and Commodity Exchanges of Turkey (TOBB) last year and is the most patent-producing company among the country’s entrepreneurial companies in the last 10 years.

RoboGait is a robot-assisted gait therapy device used to accelerate the treatment process to regain and improve the ability to walk. In the therapy performed with RoboGait, it is aimed to achieve the typical gait pattern of the lower limb, to transfer weight in a controlled manner and to activate the neuronal pathway.

It is suitable for patients with orthopedic and neuronal disorders such as hemiplegia, paraplegia, CP, CVE, Parkinson's disease, traumatic brain and spinal cord injury, multiple sclerosis, stroke, hip arthroplasty and those who need a prosthesis after amputation.

According to the company's statements, this method has an important place in early rehabilitation and combined treatment aimed at activating the nonfunctional lower extremity to produce a natural gait and for activating the neuronal pathway.

While traditional treatment is conducted with two or three physiotherapists with parallel bars and a method that requires physical strength, effective treatment can be administered by a single user thanks to robotic rehabilitation systems such as RoboGait.

The RoboGait executive orthosis is designed to be used for pediatric and adult patients. The therapy process can be continued with the same module for children without using any extra mechanism during pediatric connections.

Meanwhile, it is not suitable for use in cases of hypertension, hypotension, severe osteoporosis, new CVE, patients with no tilted table experience, patients with circulatory problems, pregnant women or women looking to get pregnant, patients with acute lower extremity disproportion or for those with severe athetoid conditions.