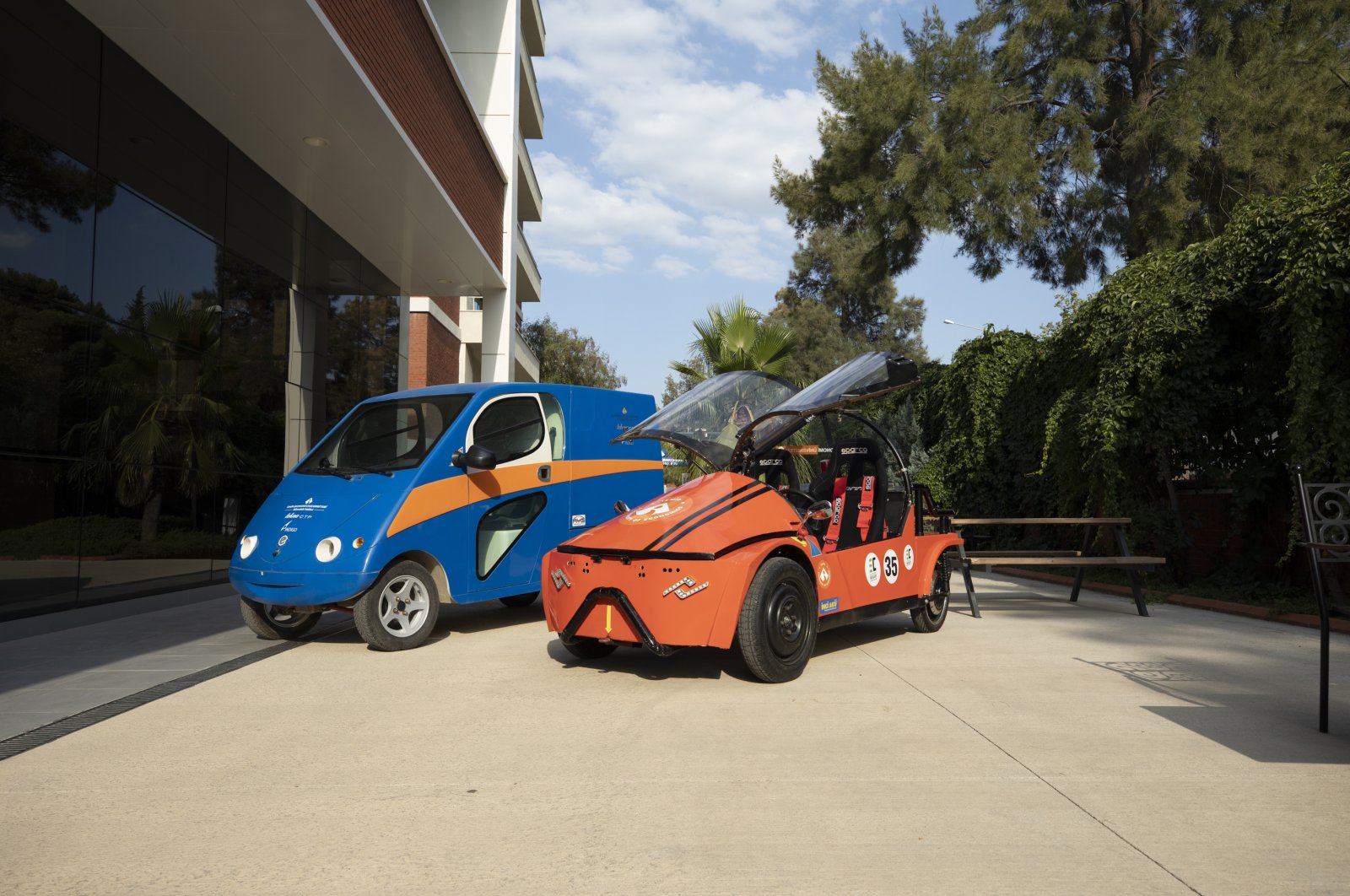 Izmir University of Economics and Tekno CTP company have a cooperation agreement to domestically produce electric light cargo vehicles with active navigation systems to save energy and meet the demands of cargo companies.

Studies by faculty members and students regarding electric cars at the university were initially started in 2016 as research and development (R&D) work and the team managed to produce a prototype of the electric car in the following year.

Tekno CTP has been working on electric light cargo vehicles upon the request of cargo companies, and the talks between the two parties started two months ago.

As part of the cooperation, the university team will be responsible for making the prototype vehicle designed by the company suitable for traffic.

Dean of the Engineering Faculty professor Yaşar Güneri Şahin told Anadolu Agency (AA) that the company set out to make electric vehicles upon the request of cargo companies, but they reached the university “when they learned that the vehicle they developed had some deficiencies to meet the necessary standards to hit the roads.”

“We will apply all the features of the electric vehicle we have developed on the light commercial vehicle and it will be a first in Turkey in this regard," he said.

Stating that their vehicles will save energy while providing great convenience to cargo companies as they are small in size, Şahin informed that the vehicle is set to weigh 350 kilograms (771 pounds) and has a load capacity of 400 kilograms.

“Thanks to the smart navigation system, it will be able to consume less electricity and use the route and thanks to its replaceable cassette-type battery, it will be a vehicle that can install a new battery and continue its mission in 10 to 15 seconds,” he said, noting that overall, the vehicle will have very important features from controlling the charging times of its batteries to automatic control of engine power and will be a small compact style vehicle that can work with 100% electricity.

The vehicle, which is set to see domestic contribution at 90%, is planned to be ready for use within a year.