US criticizes India, Italy, Turkey over digital taxes but holds off on tariffs 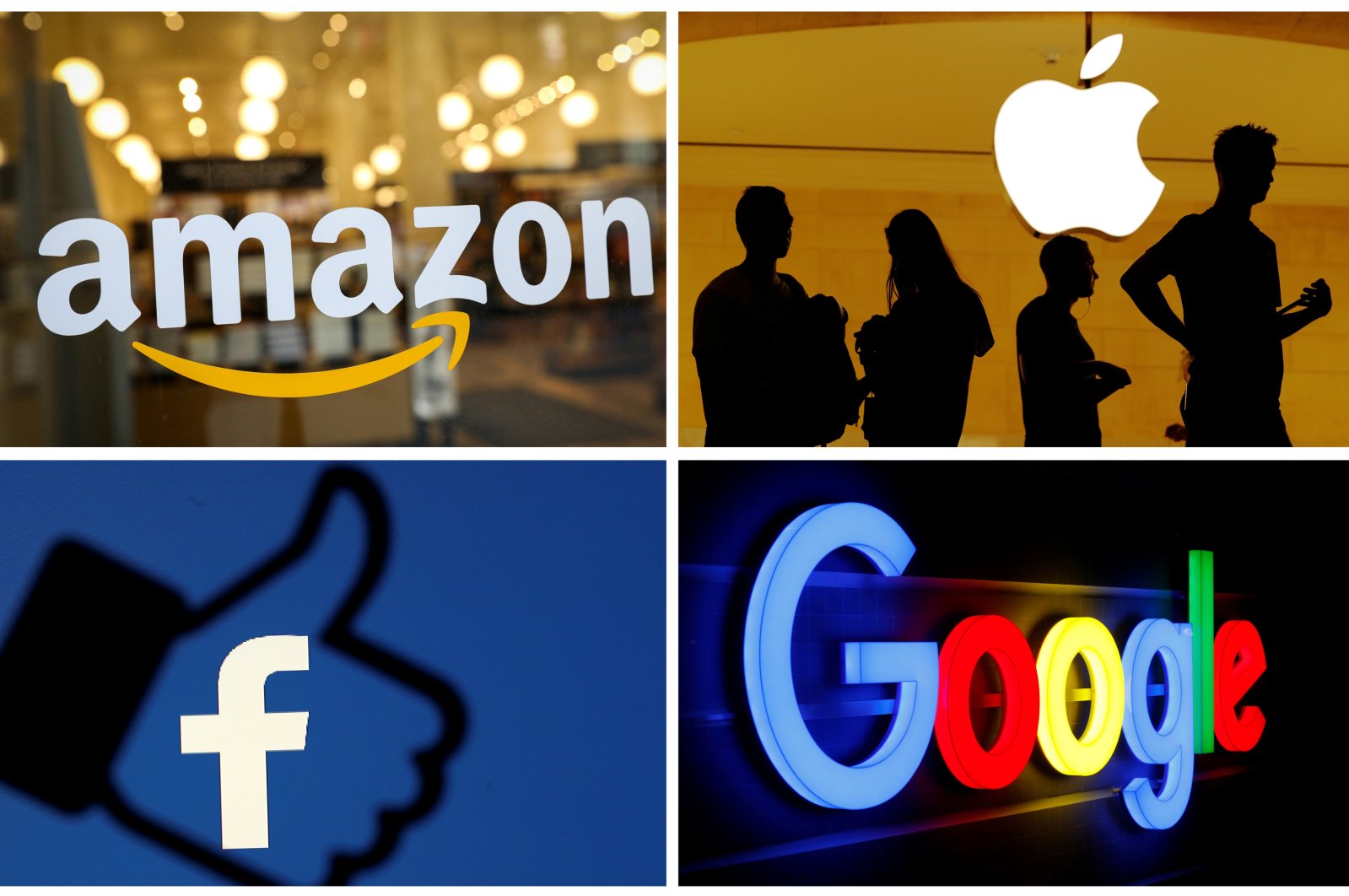 The logos of Amazon, Apple, Facebook and Google are seen in a combination photo. (Reuters Photo)
by Daily Sabah with Reuters Jan 07, 2021 12:08 pm
RECOMMENDED

USTR, releasing the findings of its “Section 301” investigations into the digital taxes, said it was not taking specific actions at this time, but “will continue to evaluate all available options.”

The probes are among several still open in USTR's "Section 301," investigations that could lead to tariffs before U.S. President Donald Trump leaves office or early in the administration of President-elect Joe Biden. Among these is a more advanced probe into France’s digital services tax.

USTR had set a Jan. 6 deadline for implementing 25% tariffs on French cosmetics, handbags and other imports valued at around $1.3 billion annually in retaliation against the French digital taxes.

But it was unclear late on Wednesday whether collections of those duties would begin as scheduled. The spokesperson for USTR and Customs and Border Protection, the agency responsible for tariff collections, did not respond to multiple requests for comment.

France has not backed down from its plan to tax online giants, including Google, Amazon, Facebook and Apple.

France and other European countries imposed the levies after intense public pressure to make U.S. multinationals pay a larger share of their revenues in taxes in the countries where they operate.

USTR has concluded the digital taxes imposed by France, India, Italy and Turkey discriminate against big U.S. tech firms, such as Google, Facebook, Apple and Amazon.

In the latest report, it also said the Indian, Italian and Turkish taxes were “unreasonable” because they are “inconsistent with principles of international taxation, including due to its application to revenue rather than income, extraterritorial application and failure to provide tax certainty.”

The regulation saw a 7.5% tax on digital advertising and content. The tax includes all manners of online advertisements and services that allow any digital content to be listened to, watched or downloaded.

In addition, the Organisation for Economic Co-operation and Development (OECD) has been trying to find a compromise among more than 135 countries on digital taxes, spurred by longstanding demands from France and other European Union nations for U.S. digital giants like Amazon and Google to pay their fair share. The U.S., however, has resisted.

The Paris-based organization has warned that failure to adopt the tax overhaul would make the economic recovery from COVID-19 harder.

It had said the global tax overhaul could be implemented by mid-2021 if an agreement is reached. The group estimated the measures could raise an extra $100 billion in corporate tax revenues annually.