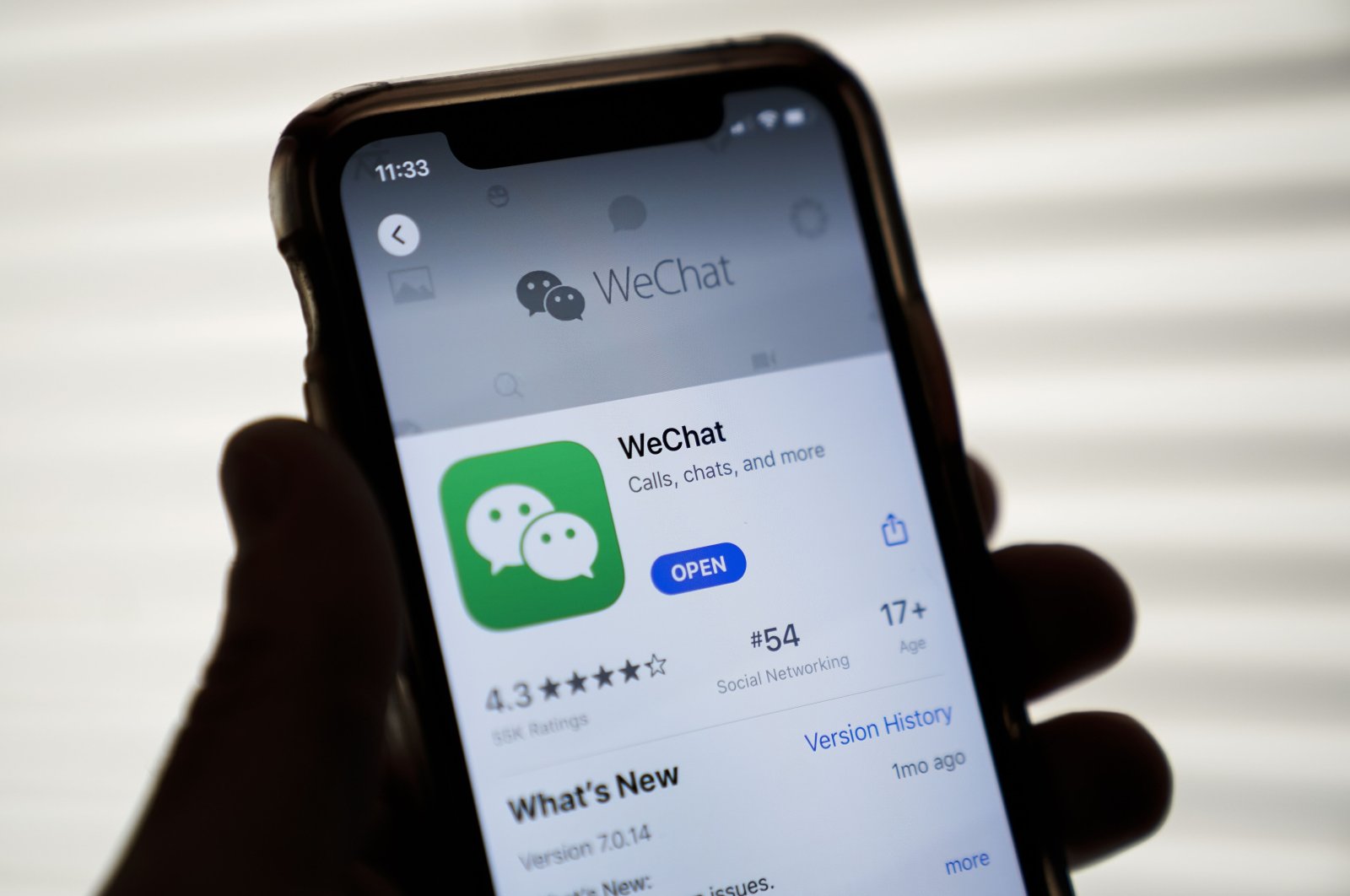 In this file photo illustration taken on August 07, 2020, the WeChat app is displayed in the App Store on an Apple iPhone in Washington, DC. (AFP Photo)
by REUTERS Sep 20, 2020 7:39 pm
RECOMMENDED

U.S. Magistrate Judge Laurel Beeler in San Francisco said in an order that WeChat users who filed a lawsuit "have shown serious questions going to the merits of the First Amendment claim, the balance of hardships tips in the plaintiffs’ favor."

Her 22-page order added the prohibitions "burden substantially more speech than is necessary to serve the government’s significant interest in national security, especially given the lack of substitute channels for communication."

Beeler's preliminary injunction also blocked the Commerce order that would have barred other transactions with WeChat in the United States that could have dramatically degraded the site's usability for current U.S. users or potentially made it unusable. The U.S. Commerce Department did not immediately comment.

WeChat has had an average of 19 million daily active users in the United States, analytics firms Apptopia said in early August. It is popular among Chinese students, Americans living in China and some Americans who have personal or business relationships in China.

The Justice Department said blocking the order would "frustrate and displace the president’s determination of how best to address threats to national security."

Beeler wrote "certainly the government’s overarching national-security interest is significant. But on this record – while the government has established that China’s activities raise significant national security concerns – it has put in scant little evidence that its effective ban of WeChat for all U.S. users addresses those concerns."

WeChat is an all-in-one mobile app that combines services similar to Facebook, WhatsApp, Instagram and Venmo. The app is an essential part of daily life for many in China and boasts more than 1 billion users.

The Justice Department also argued that WeChat users could switch to other apps or platforms.

The WeChat Users Alliance that had sued praised the ruling "as an important and hard-fought victory" for "millions of WeChat users in the U.S."

Michael Bien, a lawyer for the users, said "the United States has never shut down a major platform for communications, not even during war times. There are serious First Amendment problems with the WeChat ban, which targets the Chinese American community."

He added the order "trampled on their First Amendment guaranteed freedoms to speak, to worship, to read and react to the press, and to organize and associate for numerous purposes."

Beeler also noted that "there are obvious alternatives to a complete ban, such as barring WeChat from government devices."

She added "The regulation – which eliminates a channel of communication without any apparent substitutes – burdens substantially more speech than is necessary to further the government’s significant interest."

Separately, the Commerce Department late Saturday said it was delaying enforcement of another order issued Friday that would also have banned U.S. app stores from offering TikTok starting late Sunday.