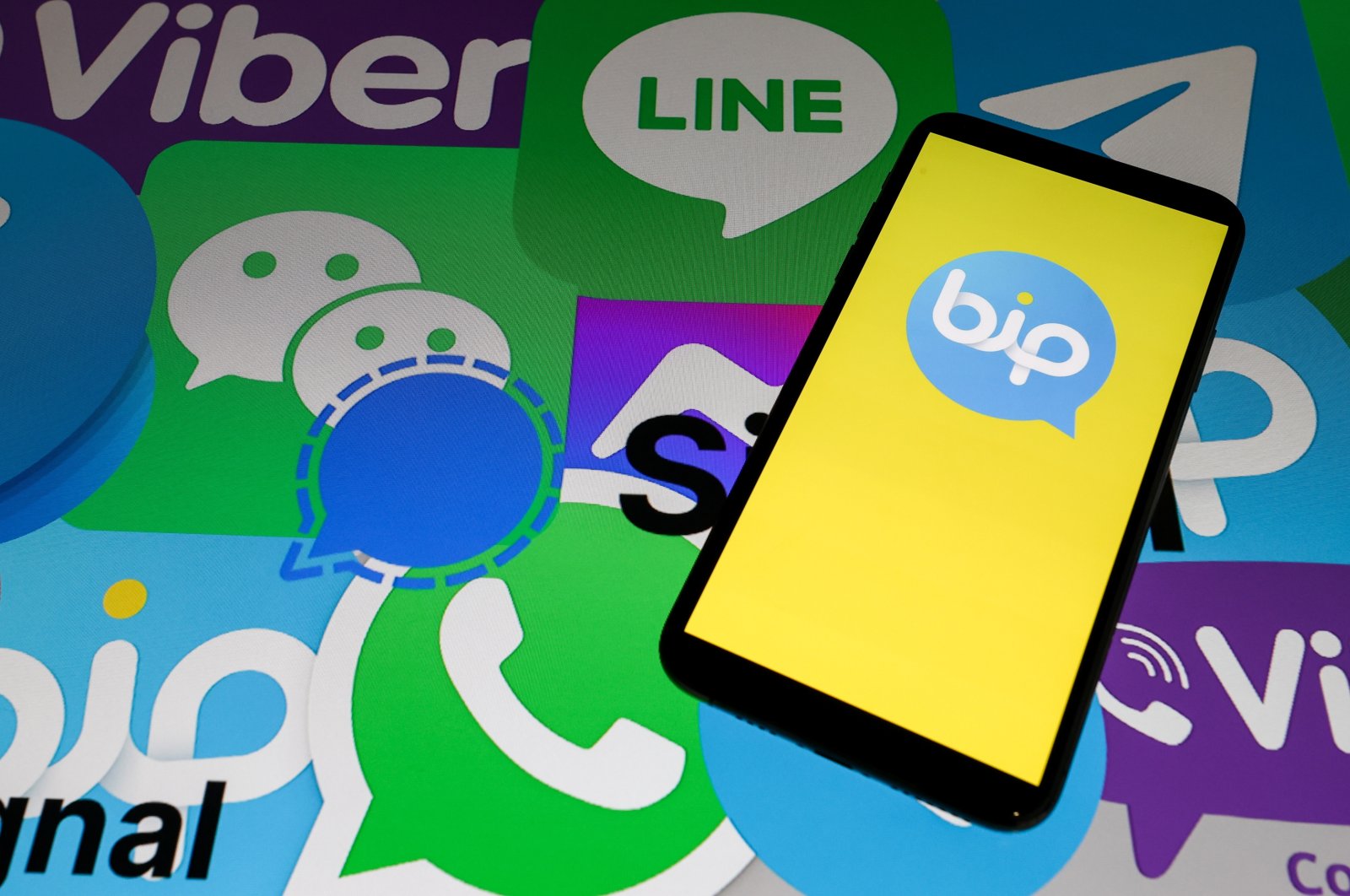 The number of new users installing a Turkish messaging app, as well as other rival apps, has soared into the millions in the days following an update to Facebook-owned WhatsApp’s privacy policy.

The surge in downloads comes after WhatsApp, which boasts over 2 billion users, introduced controversial changes to its privacy conditions that will allow it to share more data with its parent company Facebook.

“A bad neighbor makes one a property owner,” said Erkan, referring to a Turkish saying.

“Some 6.4 million people have switched to BiP since Friday. In this environment, BiP is seen as a safe haven. We are going head-to-head with Telegram right now,” he told Turkish Sabah daily, referring to the rival messaging app, which has also seen a significant spike in users.

The number of people downloading the local messaging app has reached 60 million, according to Erkan, who said they now look to exceed 100 million users in a few months.

Durov, 36, said on his Telegram channel that the app had over 500 million monthly active users in the first weeks of January.

“People no longer want to exchange their privacy for free services,” Durov said without directly referring to the rival app.

Telegram is a popular social media platform in a number of countries, particularly in the former Soviet Union and Iran, and is used both for private communications and sharing information and news.

Durov said Telegram has become the “largest refuge” for those seeking a private and secure communications platform and assured new users that his team "takes this responsibility very seriously."

Another encrypted messaging app, Signal, has also seen a huge surge in demand, helped by a tweeted recommendation by SpaceX and Tesla founder Elon Musk.

The app has sought to reassure worried users in the South Asian country, running full-page advertisements in Wednesday’s newspapers, proclaiming that “respect for your privacy is coded into our DNA.”

Users outside Europe must accept the changes or see their access to the service cut off starting Feb. 8.

The move and widespread criticism this week prompted Turkey’s Competition Board (RK) and Personal Data Protection Board (KVKK) to launch two separate probes into WhatsApp and Facebook over the new data-sharing rules.

Privacy advocates have questioned the move, citing Facebook’s track record in handling user data, with many suggesting users migrate to platforms such as BiP, Telegram and Signal.

Erkan stressed the importance that BiP attaches to user data as well as security and privacy.

“We are like a bank vault here; we do not see anything. We keep user data in encrypted vaults. And only the customer knows the password, and only users can open the safe themselves. So, the customer has the key to the safe,” Erkan explained.

Launched in 2013, BiP is being used by millions across 192 countries, most of whom are in Europe.

Germany is one of its most active markets, according to Erkan, who said the app has seen noteworthy download numbers in France and Ukraine.

“At the moment, there is serious demand in Europe and the Middle East,” he said.

According to data provided by Turkcell, around 140 billion messages were sent over the app in 2020. Calls made over the app reached 2 billion minutes. Some 150 million minutes of video calls were made throughout the year. BiP has more than 10 million monthly active users.

Telegram refuses to cooperate with authorities or hand over encryption keys, which resulted in its ban in several countries, including Russia.

Last year, Russia announced that it will lift its ban on the messenger app after more than two years of unsuccessful attempts to block it.

WhatsApp on Tuesday again sought to reassure worried users about privacy at the service.

“The policy update does not affect the privacy of your messages with friends or family in any way,” Mosseri said.

The update regards how merchants using WhatsApp to chat with customers can share data with Facebook, which could use the information for targeting ads, according to the social network.

Location data along with message contents is encrypted end-to-end, according to WhatsApp.

“We’re giving businesses the option to use secure hosting services from Facebook to manage WhatsApp chats with their customers, answer questions, and send helpful information like purchase receipts,” it said in the post.

“Whether you communicate with a business by phone, email or WhatsApp, it can see what you’re saying and may use that information for its own marketing purposes, which may include advertising on Facebook," the company explained.

Turkcell’s Erkan again stressed the importance that data security has for an institution and for national security.

“Turkey’s data should remain in Turkey,” he stressed.

Recalling that services other than BiP keep their data abroad, Erkan said: “We keep data encrypted in our own data centers. In fact, if our client does not want to, we do not. We have encryption algorithms. Even our employees cannot access them.”

The general manager stressed the company does not have any infrastructure issues despite the high demand, which he said has increased tenfold.

The usage has increased 12-14 times along with the increase in capacity, Erkan said.

“Instant use has reached 1 million. Around 1 million people are texting right now. That was 100,000-150,000 before. Group video call traffic has also increased sixfold,” Erkan noted.