Technology investments press on through pandemic 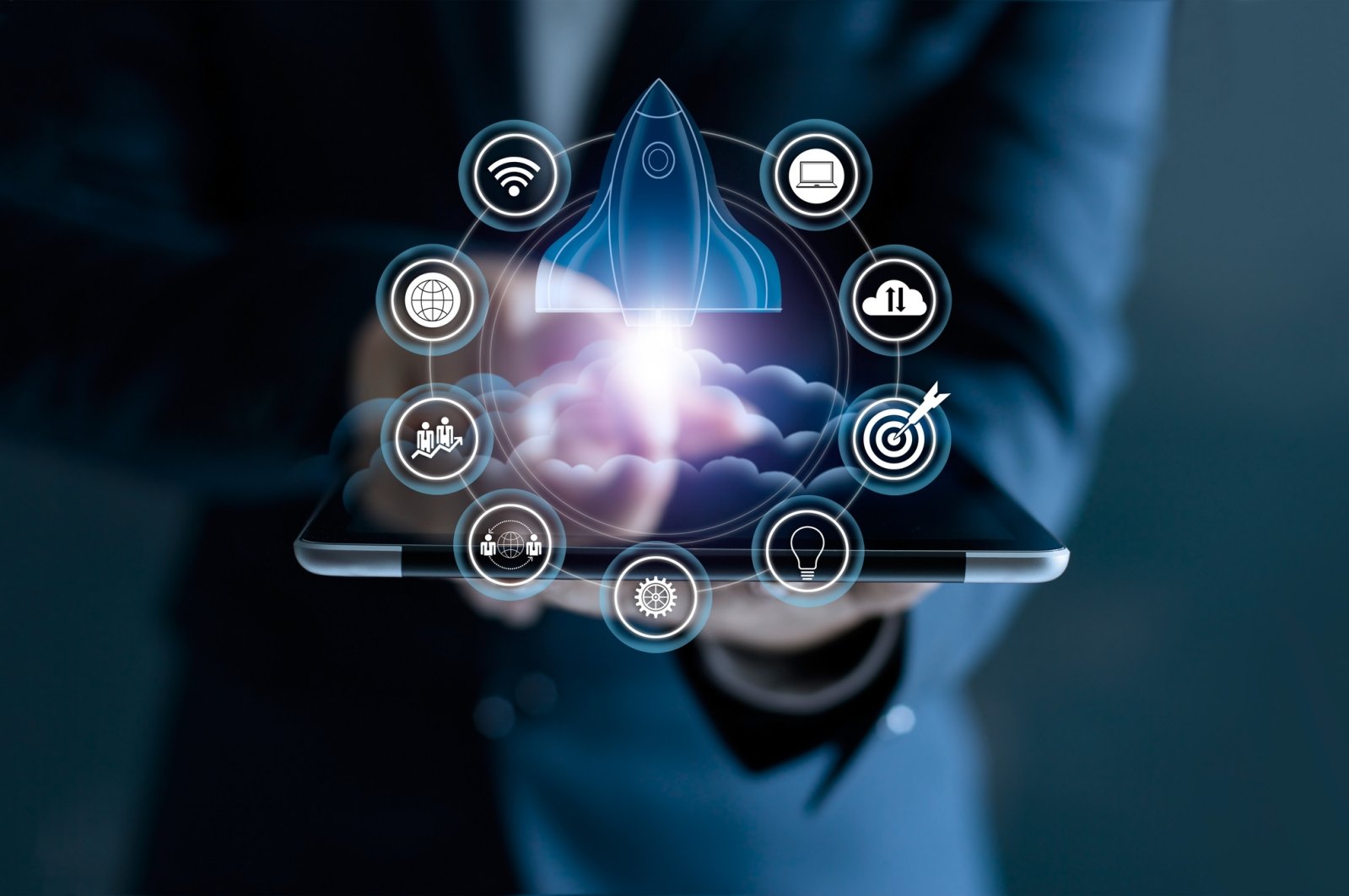 Despite the pandemic turmoil around the world, global venture investments still reached a high figure of $129 billion in the first half of the year. Turkey has reached a sales agreement exceeding $2 billion, as well as an investment figure above $49 million

Despite the pandemic upheaval whose effects are still ongoing, global venture capital was not as bad as expected in the second quarter of 2020. Albeit a global decrease compared with previous years, there was a noteworthy increase in venture investments in Turkey.

Overall, the total global venture investment for 2020 stood at $129 billion (TL 942 billion) for the first half of the year, according to Crunchbase data. This figure includes all funding stages from seed, venture, corporate venture and private equity tours to venture-backed companies.

Compared to previous years, it has been seen that the investments decreased by 7% compared to the peak in 2018 and the first half of 2019. According to Crunchbase data, Zynga's $1.8 billion acquisition deal stands out as the most striking investment of the second quarter of 2020.

While the figures on a global scale were negative, Turkey witnessed the country’s first-ever unicorn – a startup company valued at over $1 billion – after U.S.-based global gaming giant Zynga acquired Turkish gaming company Peak for $1.8 billion in June.

Two months later, Zynga announced another deal as it said it would acquire an 80% stake in Istanbul-based hyper-casual game maker Rollic for $168 million.

According to startups.watch figures, total venture investments in Turkey reached $49 million in the first half of the year.

Despite the turmoil and revised financing plans for many startups, funds have stalled. There were increasing funds, especially for biotechnology, and decreasing funds for transport and real estate. The second quarter of 2020 was also active despite the pandemic.

In the second quarter, 28 ventures received $29 million in investments. In the previous quarter, 30 startups had received investments of $20 million, which corresponds to an increase of 44% despite the outbreak. Some 78% of the investments made in the first half of 2020 were realized as $1 million and below.

There was a noteworthy increase in corporate venture capital investments in Turkey.

Turkey’s leading information and communication technologies company, Türk Telekom, has included new startups in its eighth-term startup acceleration program, PILOT. It also continues to invest in technology startups through its TT Ventures Venture Capital Fund, drawing attention with its investments in the field of health. Finally, it has been included among investors in the medical software startup Virasoft.

The increase in investments is not only a Turkey-specific situation. Investments in 18 countries in Europe increased compared to the previous quarter despite the pandemic. Even Italy, which has experienced the pandemic crisis deeply, has grown in investment agreements. One of the most important reasons for this was the continuous increase in digital transformation projects.

Toward the end of the first quarter and the second quarter of 2020, the impact of the pandemic was felt in large parts of the world, resulting in high numbers of layoffs at tech startups, and seemingly overnight shifts and market closures. The travel, last-mile mobility, restaurant and event sectors were among the ones hit the hardest.

It is imperative that Turkey preserve its assets, as it is the case for natural gas, and continue to invest in human resources and startups that create billion-dollar companies.

Not only the state but all institutions need to take an active role in global data competition by investing in technology startups in the growth stage. Many traditionally structured companies will withdraw from the commercial scene in the next few years.

Silicon Valley's largest game company, Zynga, managed to invest nearly $2 billion in technology startups from Turkey during the outbreak. It had previously acquired Gram Games for $250 million in 2018.

The startups that have been noticed when they were purchased could not find investment in their growth phases. Once sold, the majority of the shares are in the hands of foreign investors.

In addition to its investments in Turkey, refining giant Tüpraş signed a long-term cooperation agreement with the Emerald Industrial Innovation Fund, a part of Emerald Technology Ventures, to invest in new technology companies in the U.S. and Europe.

Energy companies have to continue to do business with accurate estimates and data against uncertainties such as input cost and financing costs that increase their risks. They should be open to new ideas to raise the added value they produce with a structure that is open to innovation. That is why organizations such as Tüpraş make major investments in technology startups.

Drawing an action plan by interpreting instant data accurately and quickly can sometimes cause billions of dollars to be preserved. Continuing its innovation efforts with startups from countries operating on a global scale, Tüpraş aims to reach new technology companies operating abroad in cooperation with Emerald.

Transforming into a tech company

Every company, from automotive to telecom, from logistics to e-commerce, has to act like a technology company. This is an important part of the transformation.

Operating in the fields of energy, water, advanced materials and industrial information technologies with offices in Zurich, Toronto and Singapore, Emerald has invested more than $660 million (TL 4.8 billion) in asset management and more than 60 new technology companies to date.

Levent Zağra, deputy general manager responsible for Tüpraş investments and planning, stated that they aim to follow operational and strategic technologies that will affect the entire energy sector and be involved in developments, especially those with disruptive potential.

“Our primary goal is to access startup companies operating in the U.S. and Europe,” Zağra said. “With our 30 million tons of crude oil processing capacity, we are the seventh-largest refinery in Europe. Modern refining activities involve technologically mature crude oil processing processes, as well as making use of new technologies such as data analytics, nanotechnology, robot applications, and IoT (Internet of Things). Thus, we support our energy efficiency, sustainability, occupational safety processes and competitive power. We plan to increase and diversify our investments by reaching new technology companies operating abroad with our cooperation with Emerald,” he explained.

Zağra stated that Tüpraş aims to strengthen its strategic predictions by getting to know new technologies well with this investment.

“Exploring the jobs of tomorrow, investing in these fields and finding new growth areas are among our goals. In order to prepare Tüpraş for the future, our technology, innovation and R&D investments are always our priority agenda,” Zağra continued.

“Our company, which is also included in the Koç Group Innovation Program, has been continuing the ‘In-house Entrepreneurship Program’ since 2017, in which our employees transform their innovative ideas into commercial value. Simultaneously, we cooperate with many startup companies in the Turkish entrepreneurship ecosystem, and we take part as business partners, sponsors and mentors in acceleration programs, competitions and similar events for entrepreneurs in our country. We see new technology and business models as the most important channel to increase our competitive power," he said.

He also pointed out that startups in the field of innovation have an important effect, which they can call cultural change. “The idea, inspiration and startup spirit learned from external sources creates a leverage effect for the work carried out in all units of Tüpraş, adding features to our company culture that are faster, more innovative and adaptable to changing conditions,” he added.

$2.75 million in investments from seed to startup

Since the beginning of 2020, 15 startups at Istanbul Technical University (ITÜ) Çekirdek Incubation, the incubation center of ITÜ ARI Teknokent, Turkey's entrepreneurship and innovation base, have succeeded in receiving investments exceeding TL 20 million ($2.75 million). The investments made at the ITÜ Çekirdek in January-July of 2020 have thus quadrupled the ones made in the first seven months of 2019.

Speaking on the subject, Arzu Eryılmaz, director of ITÜ ARI Teknokent and Founder of ITÜ Çekirdek, stressed that the global pandemic process undoubtedly affected companies and entrepreneurs all over the world.

“However, during this period, we saw that many technology-producing startups in Turkey continued to develop their products without hesitation,” Eryılmaz said.

“There have been many startups that pivoted their product and service with a very agile move. We see that these efforts of entrepreneurs are not in vain. According to our data, while the investment amount made to our startups in the first seven months of last year was TL 4 million, the investments made since January have quadrupled and exceeded TL 20 million, and together with our other startups, whose valuation exceeds TL 72 million and are unable to announce their investment due to the investment contract, the investment amount is actually much more than TL 20 million. As ITÜ Çekirdek, we are pleased to contribute to the development of the startups we cooperate with and to be the center of technologies opening from Turkey to the world," he said.

Turkish software company ikas has managed to receive an investment from QNB Finansbank’s QNBEYOND Ventures with a valuation of TL 45 million ($6.2 million).

Established in 2018 by Mustafa Namoğlu, Ömercan Çelikler, Tugay Karaçay and Umut Ozan Yıldırım in the capital Ankara, ikas enables retailers to manage their e-commerce, marketplace and physical stores from a single platform.

With the motto of “making things easier,” ikas has helped grow more than 3,000 retailers who want to do multichannel trade. Taking part in the second phase of the QNBEYOND Acceleration Program, it achieved a monthly growth rate of 25% in the last six months.

By 2021, it aims to be a global trading platform. “Despite COVID-19, we are growing fast, but what makes me most proud is the team spirit and company culture we have created inside,” ikas co-founder and CEO Mustafa Namoğlu said in a statement. “Our goal is to become the most successful technology company that has emerged from Turkey in 10 years.”

“We have been following ikas for a long time, but thanks to our acceleration program, we witnessed the team's determination and vision to work. It is a great pleasure and pride for us to be with them on their journey,” said Özge Öz, managing partner of QNBEYOND Ventures.

The ikas team, which uses content marketing effectively in line with its growth strategy, produces useful content on retail, e-commerce and entrepreneurship issues on the Kolay Değil (It’s Not Easy) and E-Commerce Turkey YouTube channels.