1st flight from Russia since virus outbreak lands in Istanbul 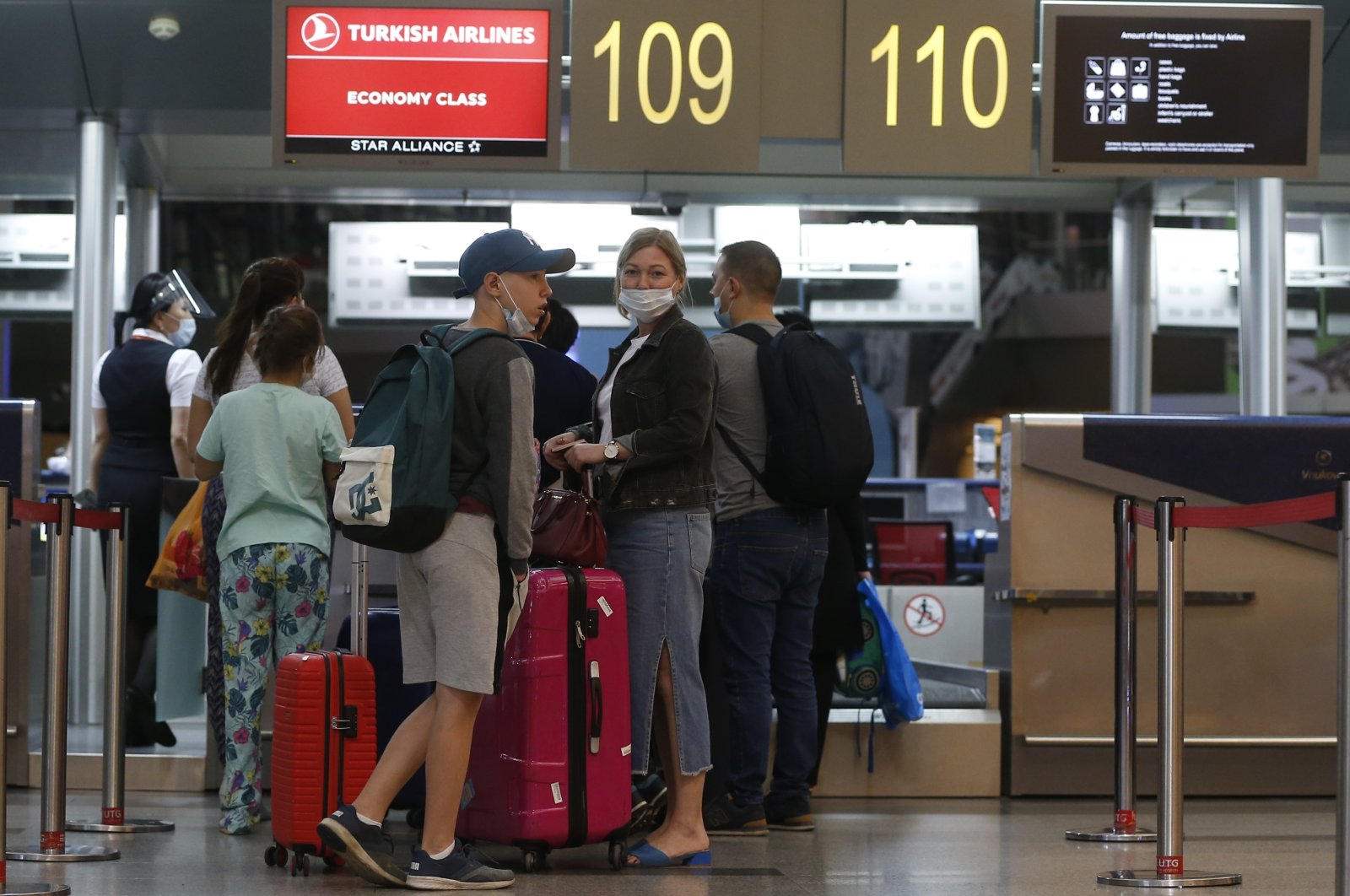 The first flight since the coronavirus outbreak from the Russian capital Moscow to Turkey arrived in Istanbul early on Saturday as travel between the two countries resumed.

Most of them were wearing masks as they passed through thermal cameras to check their body temperatures.

One of the passengers, Maslennikova Dilyara from Moscow, said she came to Turkey for a 12-day holiday.

Dilyara said she would travel to the Cappadocia region, a UNESCO World Heritage site, in the central part of the country after her time in Istanbul.

"We're very happy to be in Istanbul," she said.

Russian Deputy Prime Minister Tatyana Golikova announced on July 24 that flights to Istanbul and the capital Ankara would resume on Aug. 1.

Flights to the coastal resort destinations of Antalya, Bodrum and Dalaman will follow on Aug. 10.

Russia had suspended all international air traffic on March 27 in an effort to stem the spread of COVID-19 and is now implementing normalization efforts to ease precautions amid improving numbers.