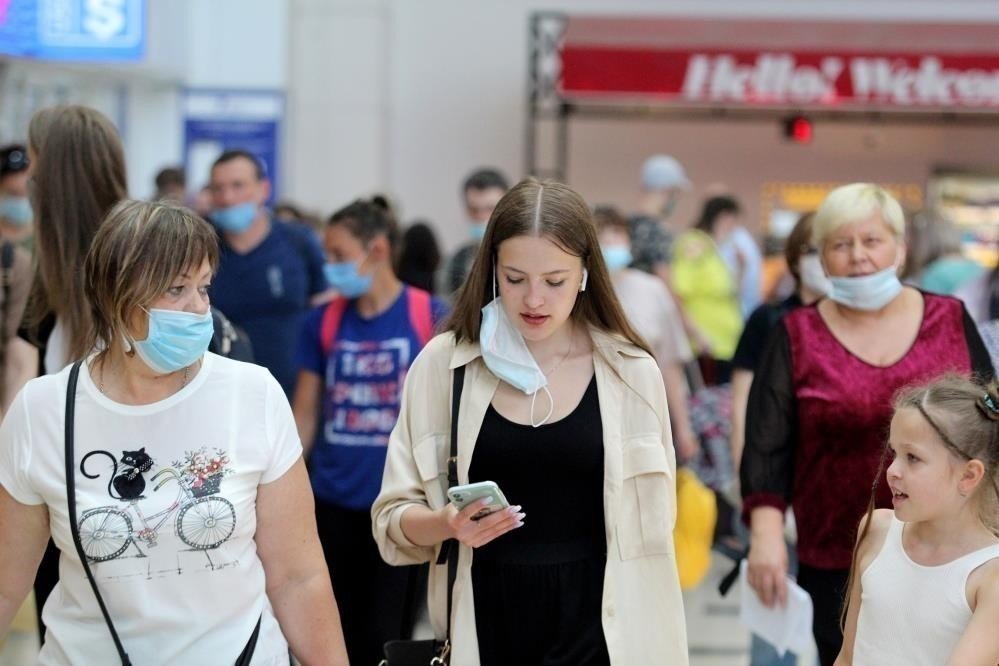 The southern Turkish resort city of Antalya has secured the title of most popular Mediterranean destination for the second consecutive time, hosting the highest number of tourists in the region

Turkey’s southern resort city of Antalya continues to be the most popular tourist destination in the Mediterranean, hosting the highest number of tourists in the region.

Despite the COVID-19 pandemic, Antalya hosted 8.6 million visitors in 10 months with its 680,000-bed capacity. The province has attracted tourists from more than 60 countries, mostly from Russia, Ukraine, Germany, Poland, Kazakhstan, Romania, the Netherlands and the U.K. with relaxed travel restrictions.

Erkan Yağcı, chairperson of the Mediterranean Touristic Hoteliers’ Association (AKTOB), told Anadolu Agency (AA) that Turkey’s tourism industry has demonstrated to the world the possibility of safe tourism even under pandemic conditions, thanks to the cooperation between public and private sector.

The Safe Tourism Certification Program initiated last year in coordination with the Culture and Tourism Ministry, Health Ministry and related authorities helped attract numerous tourists to the city, and the country.

Accordingly, Turkey has taken a slew of measures at airports, transportation facilities, hotels and other tourist establishments. The program spells out a series of measures in various areas to regulate accommodation, transportation, the health status of travelers and employee facilities. Information about these measures has been shared with foreign diplomats, tourism agencies and members of the press, who were able to review the measures on-site.

Yağcı said they are planning to reach the 9 million tourists mark this year, adding that the region had a much better season than last year. He noted that Safe Tourism Certification Program played an important role in this success.

“By the end of September, Antalya hosted twice as many tourists as Spain's Mallorca, which we regard as the strongest competitor. While the islands hosted 3.5 million tourists, we saw the arrival of 8.5 million visitors. There is a significant effort by both the public and the private sector. It was an important success to initiate the tourism move during the pandemic and to make it sustainable. I think we have achieved this,” he said.

“Antalya is on the way to becoming a world leader. It is one of the world cities that hosting the most tourists. We started a bit late but we recovered very quickly,” he said.

Antalya City Council Tourism Working Group Chairperson Recep Yavuz said that 2021 is seen as the recovery year for tourism. He added that the countries which took proper measures against COVID-19 and advertised successfully have gotten over this process.

He referred to Spain as an example, saying that despite ranking first in the world with the highest number of tourists in 2019, it has failed to have a quick recovery.

He added that another strong competitor Greece could not reach the expected tourist arrivals due to the inadequate health infrastructure. “According to the country rankings (in the Mediterranean), Turkey ranked first, Spain second and Greece third. We overtook our strongest rival Spain during the pandemic process. It was difficult to take the leadership, but it is even more important to be sustainable,” he said.

Turkey's tourism income surged by 181.8% year-on-year in the third quarter of 2021, following a significant fall last year due to the coronavirus pandemic, the Turkish Statistical Institute (TurkStat) announced last month.

The country earned $11.4 billion (TL 110.94 billion) this July-September, up from $4 billion in the same period last year when the COVID-19 crisis brought on travel restrictions and lockdown measures, halting global tourism.

The figure was $14 billion in the same period in 2019, before the onset of the coronavirus.