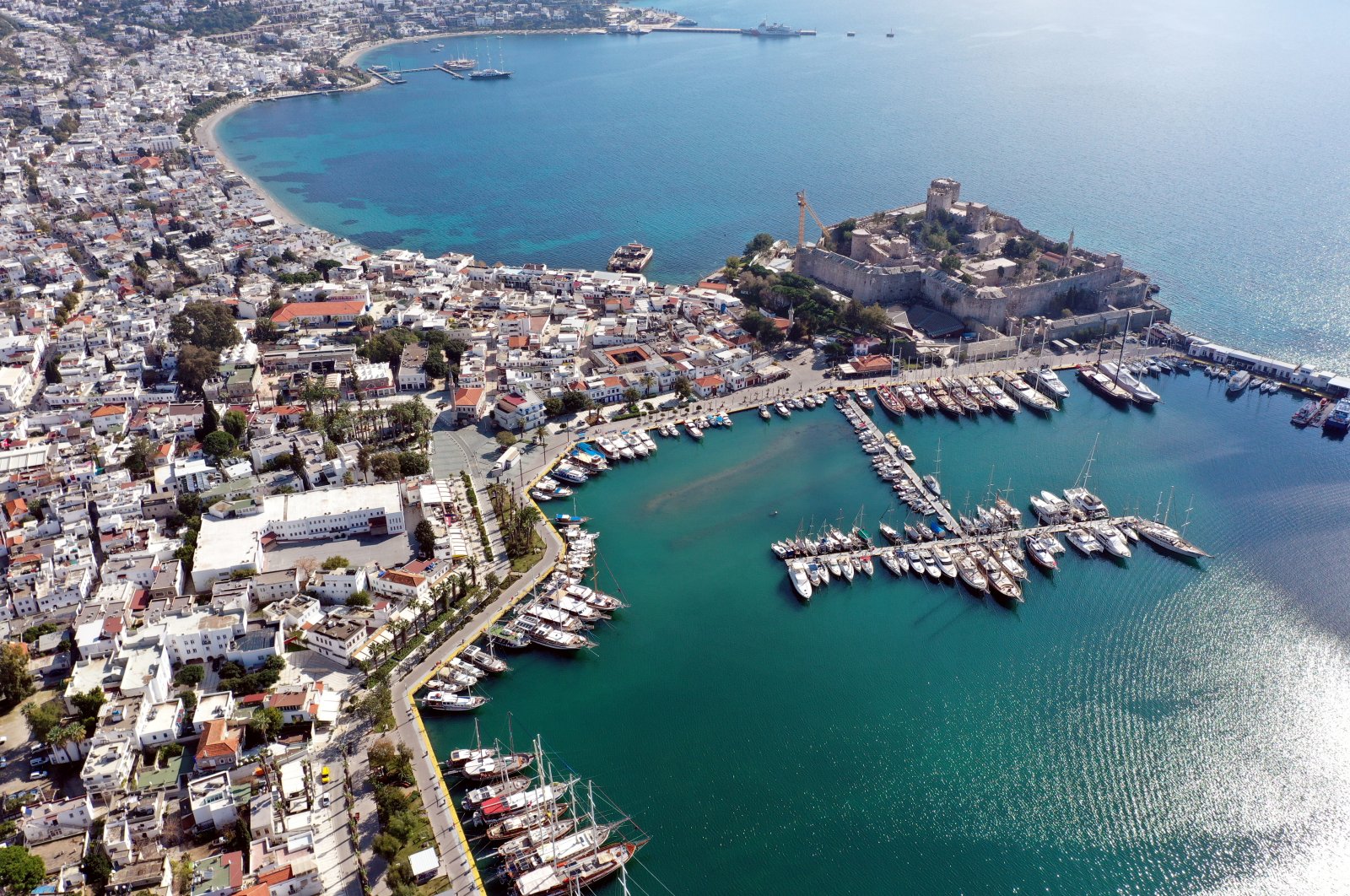 With the tourism season not far ahead, the Turkish tourism industry representatives put their hope in measures that the country has required from facilities to allow for safe holidays amid the coronavirus pandemic.

The strict safety and hygiene measures the government introduced earlier last year will enable the tourism-dependent country to go through at least a better year than 2020 and welcome more tourists, according to the sector representatives.

“We are ready for the season. We will welcome our guests within the framework of the measures we have taken,” says Erkan Yağcı, chairperson of the Mediterranean Touristic Hoteliers’ Association (AKTOB).

“Our expectation is to go above the numbers we achieved last year. We are hopeful,” Yağcı told Anadolu Agency (AA) on Friday.

The industry is said to have completed its preparations for the new season, complying with the Safe Tourism Certification Program, which covers a broad range of safety measures in transport, accommodation and health conditions for tourists and hospitality employees.

Yağcı, who is also the deputy head of the Turkish Hoteliers Federation (TÜROFED), says the industry “passed an important exam last year,” stressing that they expect the impressions of the measures from last year to reflect positively on this season.

The pandemic led to a significant drop in tourist numbers in 2020 and slashed tourism revenues by two-thirds, reflecting the heavy toll from rolling global travel restrictions, stay-at-home orders and the closures of restaurants and hotels that peaked in the second quarter of 2020.

The number of foreigners visiting the country in 2020 fell 71.7% year-on-year and exceeded 12.7 million, the data showed.

A second virus wave as of the last months of 2020 led to new restrictions on restaurants and schools along with overnight and weekend curfews.

The arrivals dropped nearly 72% in January, with some 509,787 tourists visiting the country, according to official data, as the outbreak continued to take its toll.

In addition to the measures, Yağcı stressed the importance of the vaccination process, which he said would play an important role in the mobility of tourism.

Nationwide weekend lockdowns are expected to be lifted in some provinces based on infection rates.

Yağcı particularly pointed to the importance of Turkey’s touristic hot spot Antalya province on the Mediterranean coast and its towns.

“It is a world-renowned city. We attract tourists from all over the world. This year, Russia will again be an important market for us. In addition, Germany and Ukraine are also important markets for us,” he said.

“The domestic market is also indispensable for us.”

Atmaca says that they currently attach more importance to just being able to do tourism rather than tourist numbers.

“At a time when tourism in the world has come to a standstill, we opened our facilities and employed our workers. Even being able to open hotels in this process is a great success,” Atmaca noted.

“We think we are going to reap the fruits of that this year. A better season awaits us.”

Flow to likely start in June

TÜROFED Deputy Head Bülent Bülbüloğlu said that the U.K. is the biggest market for the industry in Turkey’s southeastern Muğla.

He noted that they have carried out talks with tourism representatives and tour operators in the U.K., saying that the tourist flow from the country will likely start in June.

British tourists have recently ramped up their holiday bookings after their government laid out plans to gradually relax coronavirus restrictions, giving battered airlines and tour operators hope that a better summer could come to their rescue.

Among their favorite destinations, Turkey is said to be one of the most sought-after spots for the summer holiday season.

U.K. holidaymakers will know more on April 12 when the government publishes a travel review. It has said that a lockdown ban on most international travel will remain until at least May 17.

Britons accounted for 6.4% of all visitors to Turkey last year.

“Also, we expect tourists from Ukraine and Russia as of May as well. If we will have a successful vaccination campaign, we expect a much better season compared to last year,” Bülbüloğlu said.

Yüksel Aslan, the executive chairperson of the Turkish Travel Agencies Association (TÜRSAB) Bodrum, said that they expect significant activity in the tourism market after April.

Aslan also noted that vaccination work will also have positive contributions to the season, and they requested that the sector employees be vaccinated in the short run.

Recai Çakır, a hotel owner, said that they expect a two-fold increase in the number of tourists compared to last year. “Many hotels, which could not open last year, completed preparations for this year. Everyone is waiting for the tourism season,” he said.