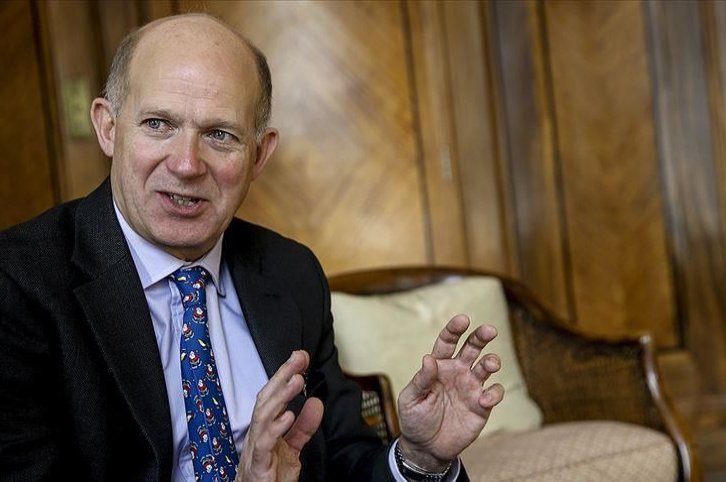 The British ambassador to Turkey on Wednesday praised Ankara's measures to stem the spread of the coronavirus.

Ambassador Dominick Chilcott said his visit to the promotional Rediscover Turkey program in southern Antalya province on June 19 was very useful and that it was valuable to see "firsthand the measures taken by authorities to make traveling to Turkey safe."

"I was impressed to see how strictly the measures were being applied at the airports and hotels to ensure the safety of tourists," Chilcott told Anadolu Agency (AA).

Noting that the U.K. government last week announced changes in its approach to international travel, he said the government had removed its recommendation against traveling to Turkey due to its "success to date in controlling the virus and having seen the rigor of the 'safe tourism certification' scheme."

"(The U.K.) will no longer impose 14 days quarantine on people arriving in England from Turkey," Chilcott added.

He also stressed, however, that tourism would obviously be harmed by COVID-19 this summer.

"But I hope that, after the recent decision of the U.K. government, Turkey will continue to remain a top destination for British tourists," he said.

"There has been a sharp increase in the number of British tourists coming to Turkey in the last two years; 2.3 million British nationals came to Turkey in 2018 and over 2.5 million in 2019. I hope this trend will continue in the coming years."

In the meantime, travel agencies in Britain are preparing for the resumption of travel to Turkey as well. London-based travel agency Edwin Holidays is planning to introduce travel packages for Turkey’s famous holiday destinations and asked the country to provide charter flights.

To reiterate the idea that Turkey is safe, Turkey's Culture and Tourism Ministry launched the Healthy Tourism Certification program in partnership with the Foreign Ministry in the wake of the pandemic. The program covers a broad range of safety measures in transport, accommodation and hygiene, both for hospitality employees and tourists, according to the Tourism Ministry.