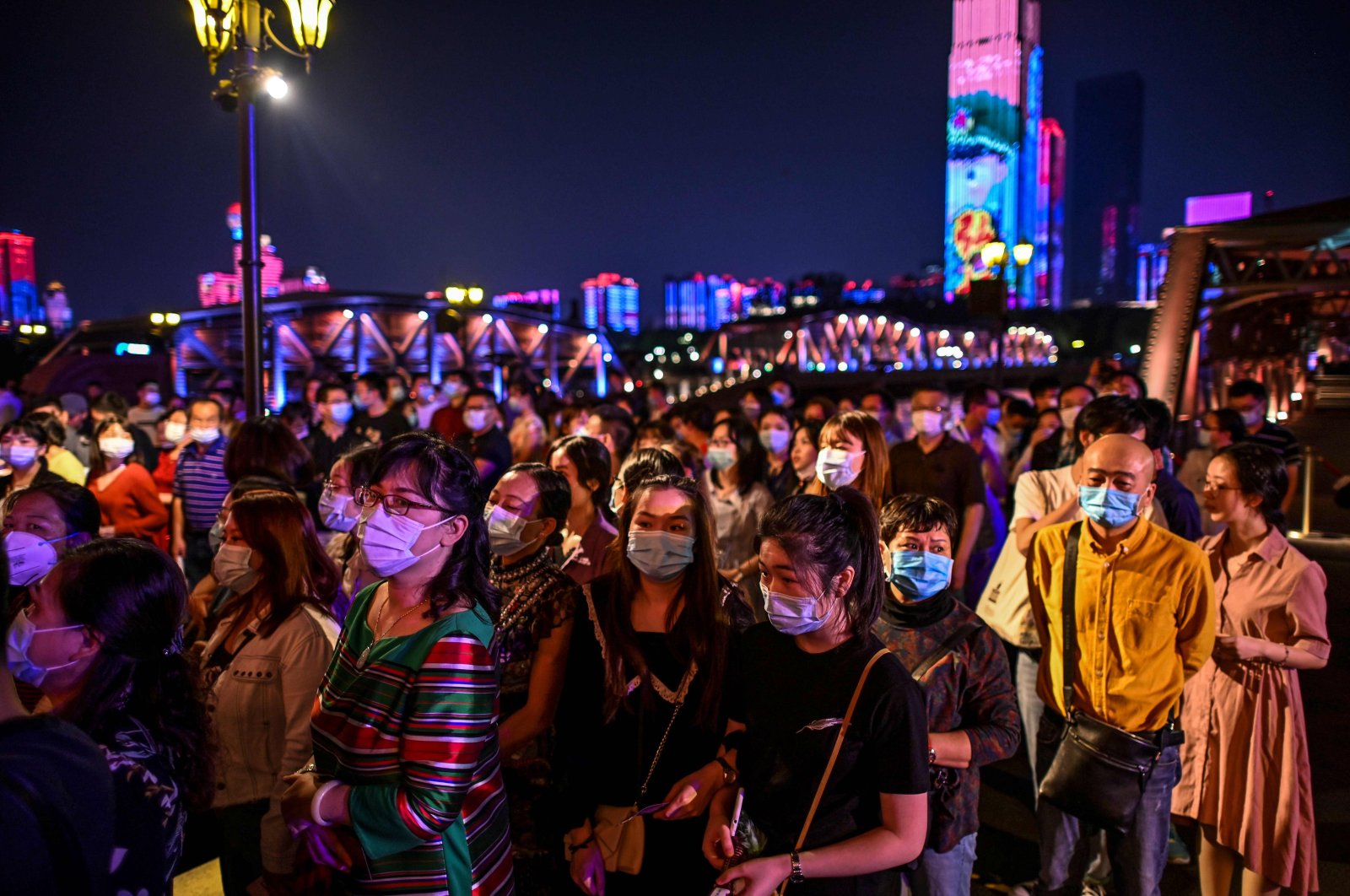 Passengers wearing facemasks wait to board a last century-style boat, featuring a theatrical drama set between the 1920s and 1930s in Wuhan, in China’s central Hubei province on Sept. 27, 2020. (AFP Photo)
by REUTERS Sep 28, 2020 4:05 pm
RECOMMENDED

China expects a significant rebound in domestic travel over the upcoming Golden Week holiday after the sector was pummeled by the novel coronavirus for months, with some flights selling out and travel platforms reporting a surge in hotel bookings.

The pent-up demand is fueling optimism the Chinese travel industry has reached a turning point, with hopes the eight-day holiday from Oct. 1 will supercharge a tentative pickup seen in recent months, even as some trepidation over the virus lingers.

While the world's second-largest economy is now largely back to normal, though there are still pockets of lingering weakness such as tourism, Capital Economics said in a recent note.

China's resurgent travel industry offers a striking contrast to business in some other parts of Asia as well as in the United States and Europe, where the novel coronavirus is still circulating and gatherings are restricted.

The holiday to mark modern China's founding is traditionally one of its busiest times for travel, and not just at home. Last year, 782 million trips were made, with more than 7 million people traveling abroad, according to government data.

"The demand on tourism that was suppressed for nine months will probably be released in these eight days," said online travel platform Trip.com in a statement, estimating that 600 million trips could be made.

China has largely stamped out its coronavirus epidemic, which emerged in the central city of Wuhan late last year, and many restrictions on domestic travel have been lifted.

Few people, however, are expected to venture abroad due to various quarantine requirements around the world and a dearth of overseas flights. On Monday, the Foreign Ministry announced that people should avoid international trips unless "truly necessary" due to the COVID-19 pandemic.

But more domestic air bookings were made between Oct. 1 and Sept. 14 than in the year-earlier period, with a surge in August, and economy seats on popular routes, like Beijing to the southwestern city of Lijiang, have sold out, according to travel service provider Qunar.com.

Hotel and airline bookings made during the week of Sept. 8-15 exceeded those made during the same period last year, Alibaba-backed online travel platform Fliggy said, with hotel bookings for Golden Week up by more than 50%.

Spending on hotels during the holiday is expected to recover to last year's level, or even see slight growth, according to the research department of China's Meituan Dianping, whose on-demand service apps span from grocery stores to hotels.

"People want to fly somewhere, there is this pent-up demand as they're sick of staying at home," said Mei Xin, a retail analyst at Huatai Securities.

But still, some coronavirus caution remains.

People often have to show health-tracking QR codes, which have played a key part in containing the virus, and some hotels are asking guests to get coronavirus tests before arriving.

And some families are being asked to stay at home.

In cities like Beijing and Shanghai, schools have asked parents and students not to go away for the holidays unless strictly necessary.

Beijing-based television producer Pan Lei, 45, said he felt he had to cancel a family trip to the Yellow Mountain tourist area after getting a notice from his children's schools.

"I lost the money I paid in advance," he said.

But he said it was understandable there were fears of a second coronavirus wave this winter.

"Schools want to cut risks to the minimum."