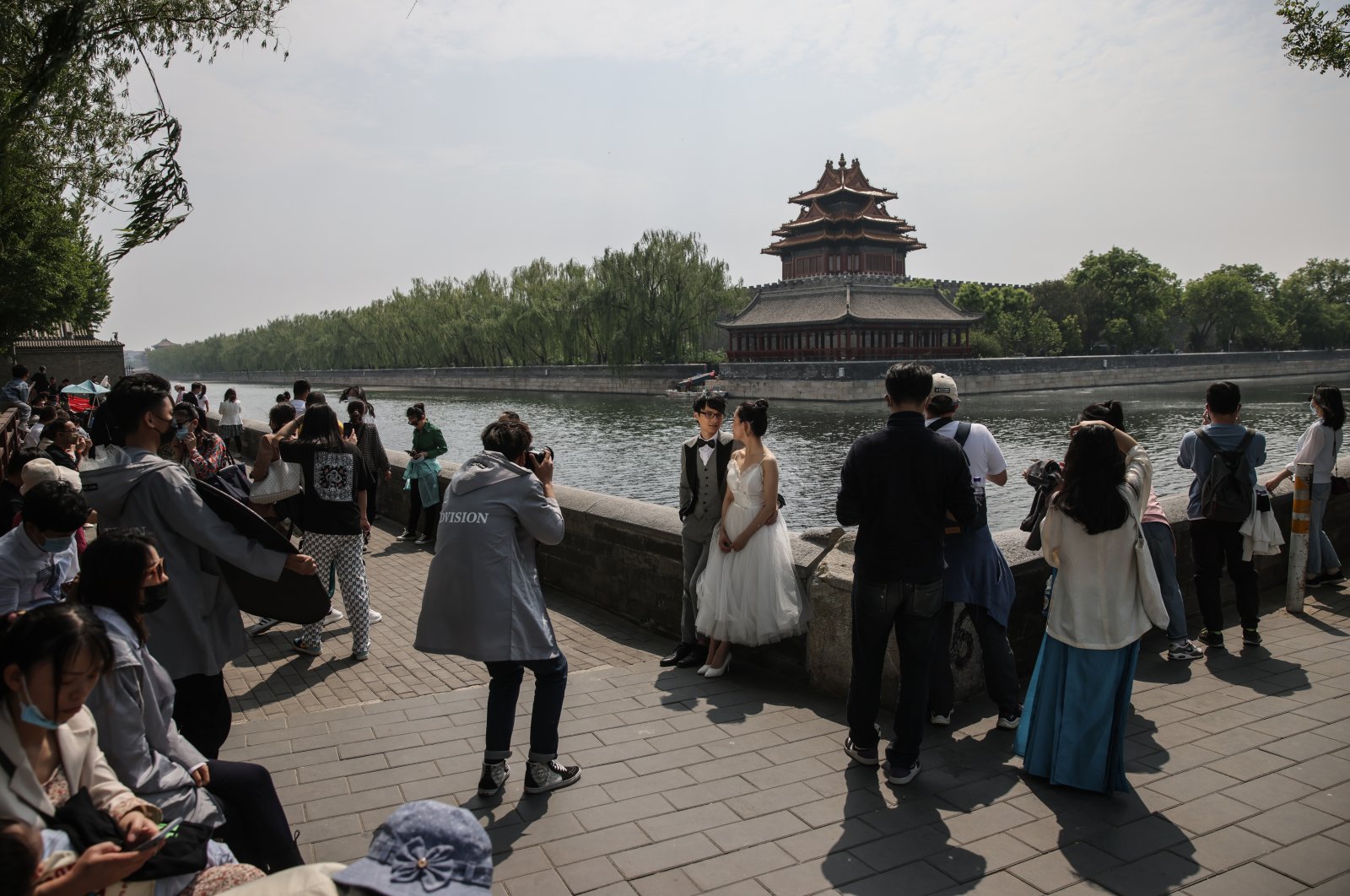 Beijing's historic alleyways were packed with camera-wielding visitors Tuesday as millions of Chinese travelers flocked to domestic tourist attractions over the May 1 long holiday.

A bride dressed in red tulle took wedding photos with her groom outside the Forbidden City, while others sipped bubble tea and dressed in their holiday finest with COVID-19 fears already a distant memory.

Out-of-towners also mobbed popular sites in Shanghai over the weekend, many dragging roller bags and snapping selfies against the city skyline.

In Wuhan, where the coronavirus was first reported in late 2019, thousands of maskless revelers cheered and danced shoulder to shoulder at the outdoor Strawberry Music Festival.

China has largely brought the virus under control with strict lockdowns and border controls since mid-2020, with only 17 cases among quarantined travelers reported in the country on Tuesday.

The Chinese economy recorded an explosive 18.3% increase in the gross domestic product (GDP) in the first quarter, and life in China has largely returned to normal aside from occasional small outbreaks, even as a devastating new wave of infections overwhelms neighboring India.

Limits on flights abroad, and quarantine requirements for anyone entering the country, mean foreign holidays are almost entirely out of the question.

The scenes of merrymaking over the five-day holiday, which ends Wednesday, contrasted starkly with the fear and silence in Chinese cities early last year after millions were told to stay home in the world's first COVID-19 lockdowns.

Travel booking platform Ctrip said it expected up to 200 million people to make trips across China during the five-day period, with hotel bookings up more than 40% from before the pandemic.

Pent-up demand, including from tourists who canceled plans after several small outbreaks during the Lunar New Year period in February, has pushed flight prices above 2019 prices, according to the company.

Zhang, a man from Shijiazhuang in Hebei province visiting Beijing with his family, said he had been looking forward to seeing historic architecture and monuments in the capital.

"The virus has been controlled well, and now the vaccine has already come out, so I feel relatively safe," he told Agence France-Presse (AFP).

"If we were overseas, we might not be able to go out... we wouldn't feel free, and also it would be quite dangerous."