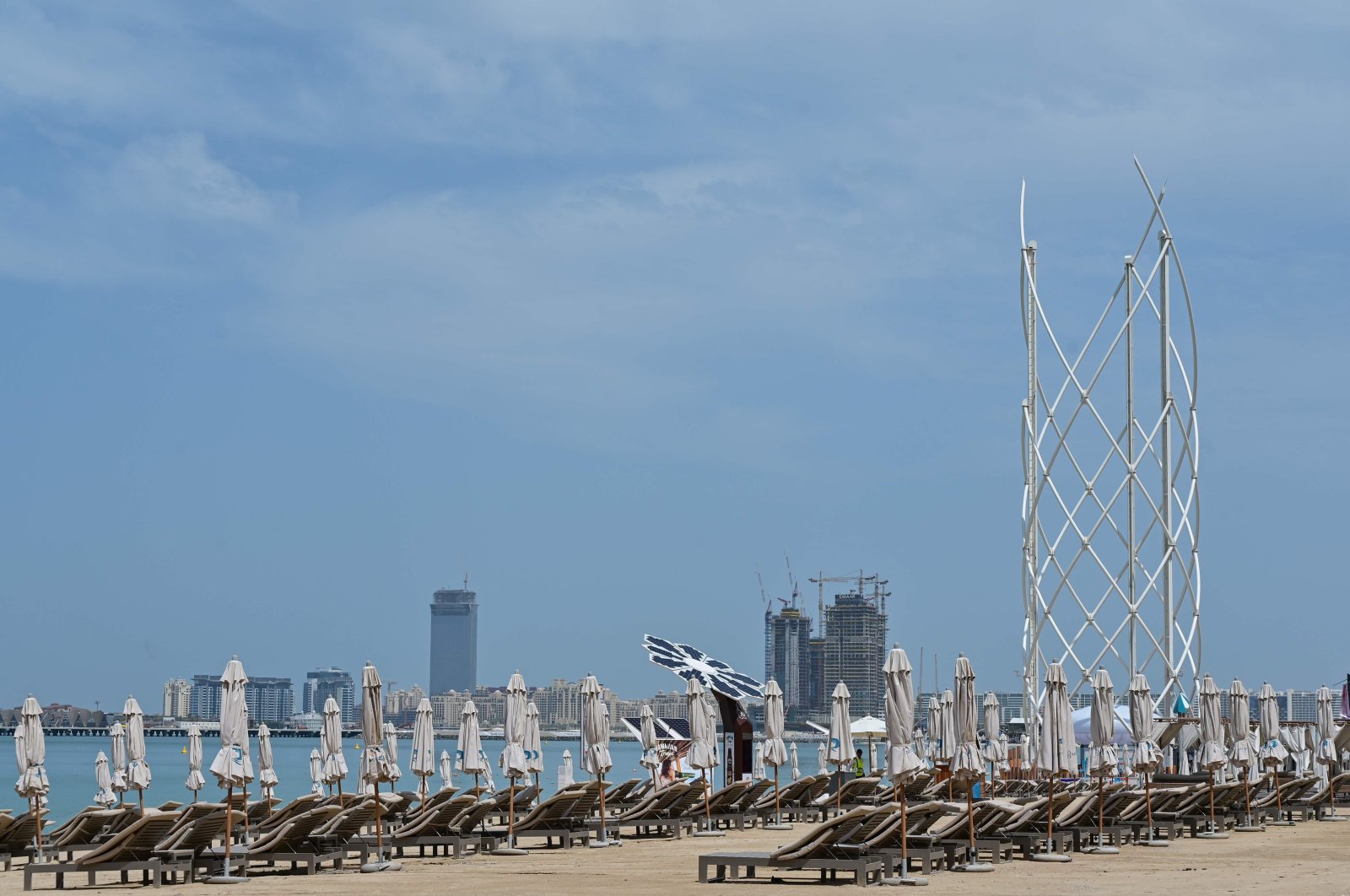 Beach chairs sit empty at Jumeirah Beach Residence in Dubai on March 22, 2020, following the closure of all beaches by authorities amid the COVID-19 pandemic. (AFP Photo)
by Daily Sabah with AA Mar 22, 2020 1:53 pm

The coronavirus outbreak is likely to cause $1 trillion in losses for the global tourism industry as well as around 50 million job cuts, with no quick recovery in sight

The coronavirus outbreak could cost the global tourism industry $1 trillion in lost revenue and bring around 50 million job cuts worldwide, the head of Global Tourism Forum (GTF) said Saturday as many hotels and other touristic businesses feel the pinch in Turkey.

Bulut Bağcı, the managing director of the GTF, said the global tourism market averages revenues of $1.7 trillion annually and due to the outbreak, economic losses have already reached $600 million. "We believe the loss will reach at least $1 trillion by the end of the year," he said.

He added that the total economic loss could be as high as $5 trillion when sectors related to tourism are included in the equation. “Tourism affects at least 60 sectors and unfortunately, even if the outbreak is brought under control, tourism's recovery will not be easy.”

Bağcı said the virus's effects on the sector are growing every day as some 70% of the tourism sector's activities have halted due to the rapid spread of the virus and the governments’ tight restrictions on free movement.

According to a report by the industry consultancy Tourism Economics, international travel is expected to fall at least 10.5% this year, the biggest year-on-year drop in history.

Bağcı stated that Turkey has taken critical preventative measures early on to fight the outbreak and argued that some countries, especially in Europe, were late to take the issue seriously.

The worldwide effects of the highly contagious respiratory illness, including mass quarantines and travel restrictions, have raised prospects of a severe global recession that would hurt Turkey's tourism sector, which accounts for some 12% of the economy.

The start of this year seemed promising for Turkey as the industry enjoyed its best January ever with 1.8 million arriving visitors – a 16.1% year-on-year surge. However, signs now point to the country experiencing a slowdown in the following months, along with many other tourism destinations worldwide, despite recording only six coronavirus cases so far.

Turkey has already suspended flights from some 60 countries including China, Iran and Germany, which account for a large percentage of total tourist arrivals to the country.

Meanwhile, President Recep Tayyip Erdogan announced this week that Turkey's tourism accommodation tax was being suspended until November to support the key tourism sector. Debt repayments of companies affected by the coronavirus will be postponed for a minimum of three months.

‘Airlines and Hospitality sectors to take the biggest hit’

Bağcı also said airlines around the world have started to deal with the serious financial crisis as they try to solve their cash crunch through public offerings and canceling previously announced deals and investments.

Mentioning the significant decline in holiday reservations in Turkey, he stated that hotels will also be another sector that will take a big hit due to the crisis.

Bağcı said tourism professionals should now focus on the last quarter of 2020 and should consider laying off employees only as a last resort.

Many hotels dotting the Aegean and Mediterranean coasts were advised to delay summer openings by a month in Turkey as many airlines canceled the majority of their flights with more travel bans implemented around the world.

The outbreak especially hit thermal resorts in the country that offer thermal spring baths and pools, which have been banned due to the virus.

Ahmet Yılmaz Yavuz, the head of Thermal and Health Tourism Association in one of Afyon’s districts, said resorts have been deserted and their staff were sent on paid leave for now. “All hammams and pools are empty. It is a really tough time for us.”