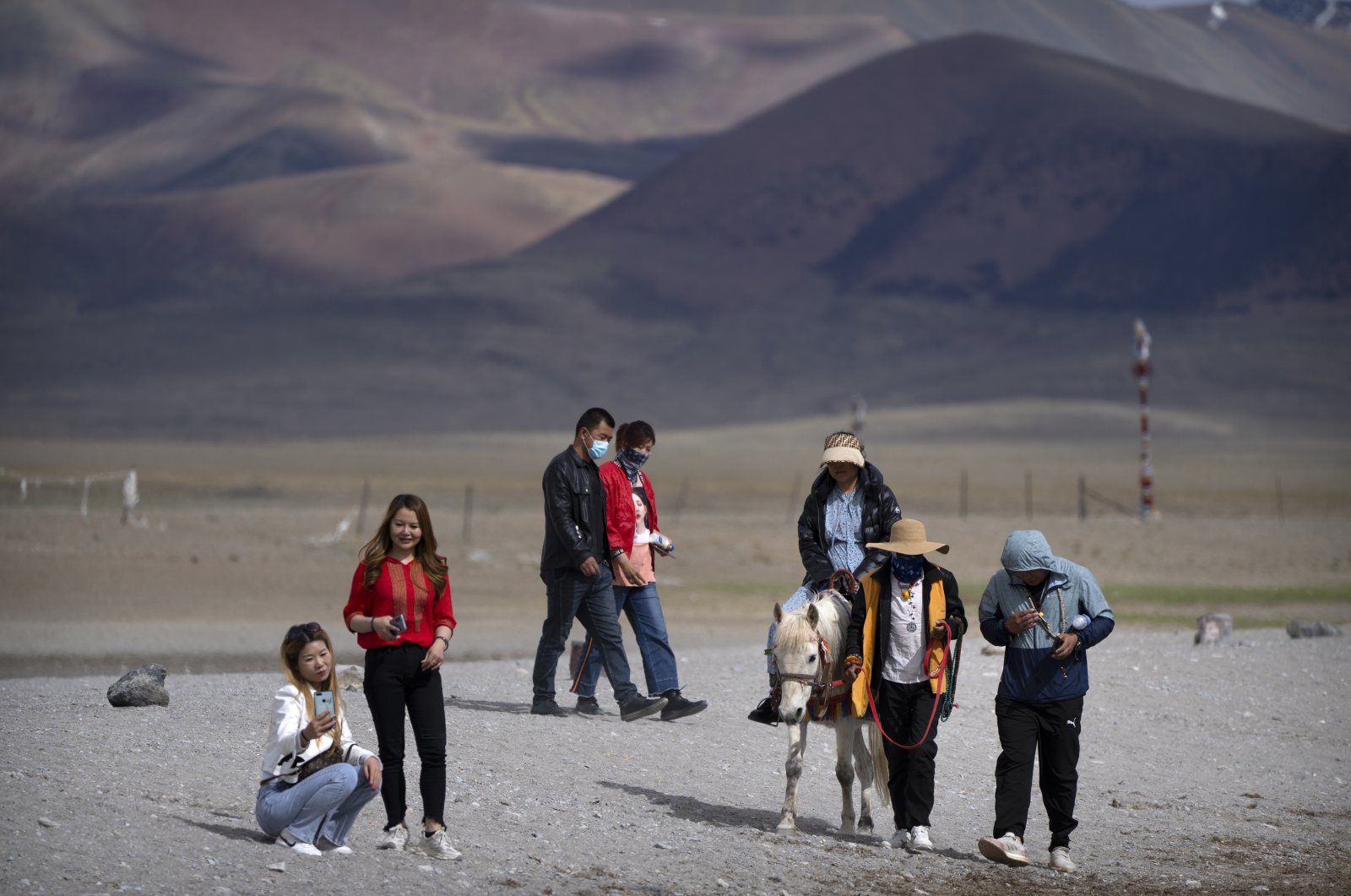 With the COVID-19 pandemic interest in domestic tourism caused a boom in Tibet. More and more Chinese travel within the land, posing risks to Tibet's fragile environment and historical sites.

The number of visitors is limited to 5,000 per day at the Potala Palace, the former home of the Dalai Lamas. Balancing tourist demand with the need to minimize wear and tear on the massive hillside structure is a constant challenge, said Gonggar Tashi, the head administrator.

"The biggest challenge for us is the contradiction between the protection and usage of the cultural relics,” Tashi told journalists in Lhasa, the Tibetan capital.

He spoke during a government-organized tour that gave foreign journalists rare access to Tibet, but under the watchful eye of officials who set the agenda.

The growing numbers of tourists appear unconcerned by political controversies long circling Tibet. China’s communist forces entered the region in 1951, and the Dalai Lama, Tibet’s traditional spiritual and political leader, fled to India during an abortive uprising against Chinese rule in 1959.

Millions of visitors come to Tibet every year, and 2020 saw a 12.6% increase from the previous year, said Ge Lei, deputy director of the China Tourism Marketing Association. He expects the number of visitors to roughly double by 2026.

The glut of visitors, far exceeding Tibet’s population of 3.5 million people, means caution is necessary to protect the environment and culture, he said.

Tourists are drawn to the "mystique and myth of Tibet as a remote snow-bound land,” said Travis Klingberg, a cultural geographer at NYU Shanghai. "But Tibet has become a place of beautiful natural landscapes meaningful to the Chinese nation.”

Tibet has shifted its focus from international to domestic visitors as China’s middle class has grown, said Emily Yeh, a professor of geography at the University of Colorado Boulder.

Tibetans have at times complained about Chinese tourists disrespecting cultural traditions, including stepping on prayer flags, she said.

The tourism sector reinforces government propaganda, Yeh said. The ruling Communist Party says it liberated hundreds of thousands of serfs when it overthrew the theocracy in 1951 and has since brought economic development to the high plateau that borders the Himalayas.

"Rewriting of history is very much a part of the tourism landscape,” Yeh argued.

Among the most popular natural sites is Namtso Lake, ringed by snow-capped peaks and Buddhist shrines, with yak herds and migrating birds on the horizon. Further development of the site must be done carefully to avoid damaging what makes it attractive, Ge said.

"It will be hard to protect the ecology and culture of Tibet ... if we don’t have a long-term plan,” he said. "So it is very important to establish a set of values and rules of behavior for travel in Tibet while building the facilities.”