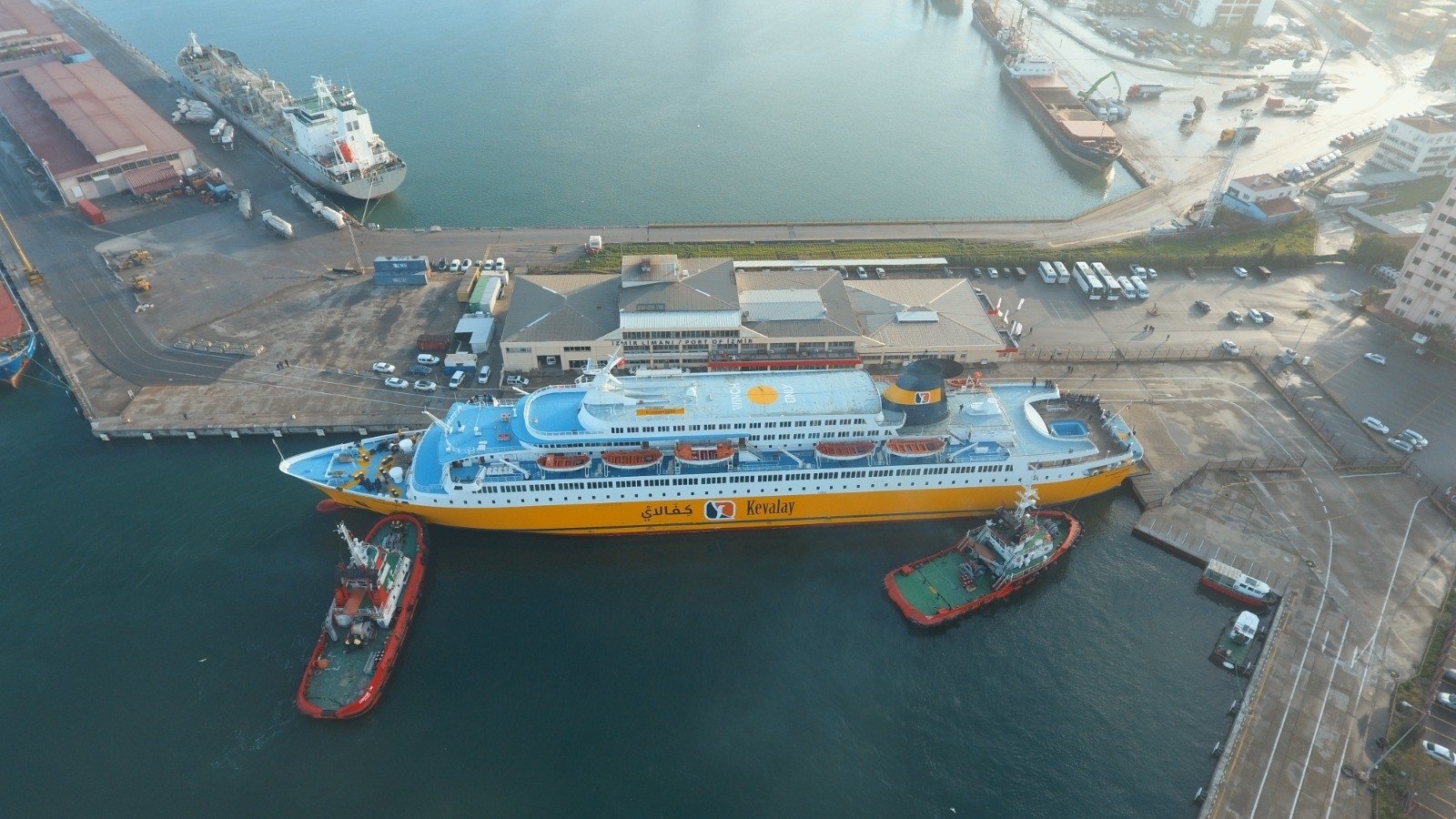 The “Kevalay Queen” set sail last Wednesday from the Libyan port of Misrata as part of crossing reinstated in cooperation between Turkey’s Karanfil Group and Libya’s Kevelay and Libyan Iron and Steel Company (LISCO).

The vessel anchored at Izmir Alsancak Port with 107 passengers, marking the first trip to sail the route after 25 years, according to Anadolu Agency (AA).

Greeting the ship with other officials, Foreign Economic Relations Board (DEIK) Turkey-Libya Business Council Head and Karanfil Group Chairperson Murtaza Karanfil expressed gratitude that the trips, which were halted in 1996 due to insufficient demand, have been revived.

“The ship arrived in Izmir in three days. There was a storm in Izmir yesterday (Saturday). Because of this, there was a one-day disruption,” Karanfil told reporters.

The revived crossing to Turkey on average takes up to 48 hours.

“We could enhance these expeditions to different cities in the coming period. It will contribute to both trade and tourism in cities such as Marmaris, Antalya, Istanbul and Bursa,” Karanfil said.

Misrata, Libya’s third-largest city, is located about 200 kilometers (125 miles) east of Tripoli and home to many Turkish businesses.

Capable of carrying passengers, loads and vehicles, ferries such as the one that arrived in Izmir on average feature 500 beds, a 700-seat capacity and space for around 520 vehicles.

Travel links with Libya were severely disrupted by the 2011 revolt that overthrew longtime dictator Moammar Gadhafi, causing years of unrest.

During Gadhafi’s rule, from 1969-2011, the country was under sanctions and largely closed to tourists.

The agreement also confirmed that Turkey and Libya are maritime neighbors, said Karanfil, adding the reinstated trips would further contribute to neighborly relations.

The agreement is also said to have averted attempts by the Greek government to appropriate huge parts of Libya’s continental shelf when a political crisis hit the North African country in 2011.

The delimitation starts from Fethiye-Marmaris-Kaş on Turkey’s southwestern coast and extends to the Derna-Tobruk-Bordia coastline of Libya.

“Libya will play an important role in the supply of developing Africa. Turkey’s geopolitical position is important in logistics. If we add Libya to this, the cooperation of these two countries will play a serious role both in the products entering Africa and in the products to be distributed from Africa to the world,” said Karanfil.

“We have a relationship, a culture with Libya dating back 500 years. We look at Libya as a brother country.”

The ferry trips are planned to be conducted once per week, Karanfil noted, with the potential to increase during the summer months.

Mustafa Mecihi, the chairperson of the Kevalay company, also said that they are pleased that the relationship between the two countries has been “cemented.”

Stating that the Turkish authorities provided every convenience for the ferry trips, Mecihi said: “This ferry will improve relations and we will do our best.”

Air travel has been resumed. Airports were heavily damaged in Libya’s fighting and many air links were suspended, but some have resumed since an October 2020 cease-fire between the internationally recognized government, supported by Turkey, and putschist Gen. Khalifa Haftar's forces, supported by Russia, the United Arab Emirates (UAE) and Egypt.