Foreign arrivals in Turkey jump 3.8% in February prior to large-scale coronavirus restrictions 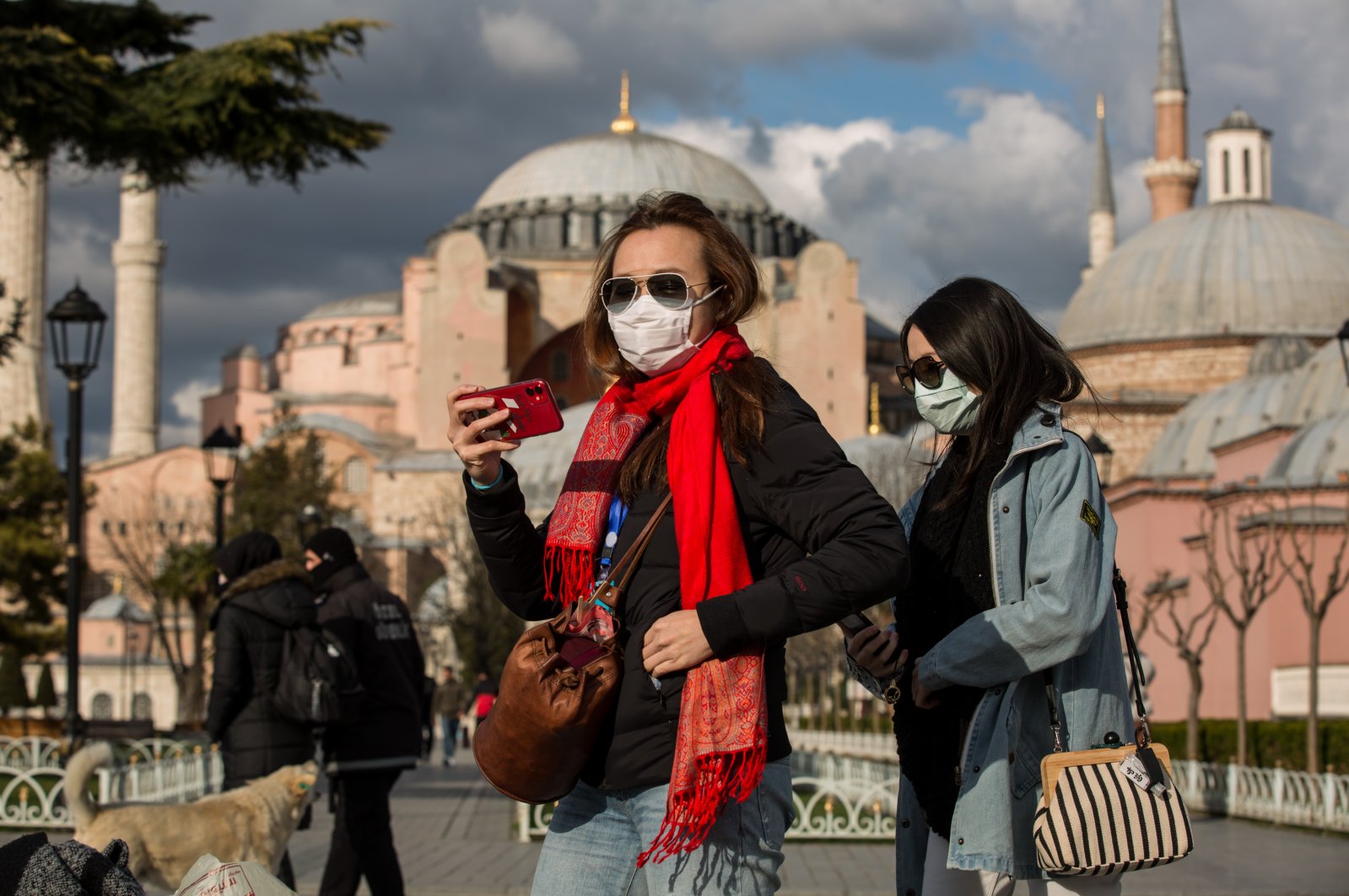 Turkey welcomed 1.73 million tourists last month, but March figures are now expected to reflect the first effects of worldwide travel restrictions on the tourism industry due to the pandemic, which accounts for some 12% of the national economy

The number of foreign tourists arriving in Turkey jumped by nearly 3.8% in February despite the coronavirus pandemic prior to worldwide travel restrictions, official data showed Monday.

Over 1.73 million foreigners arrived in the country last month, compared to 1.67 million a year earlier, according to Culture and Tourism Ministry data. There was a significant slump in the number of tourists coming from China, where the virus emerged in the city of Wuhan in December and has since spread across the world, restricting international travel.

A total of 3.52 million tourists arrived in the country in the January-February period, a 9.68% year-on-year increase, the data showed.

The pandemic has effectively shut down the global tourism industry. Yet in February, many countries had reported a slump in foreign arrivals even before major travel restrictions were imposed.

The outbreak emerged right when the Turkish tourism industry had entered a strong period of recovery with sharp rises in the number of foreigners coming to visit the country. It is now, however, bracing for heavy losses during the upcoming travel season as the pandemic brings waves of travel restrictions and cancellations. March figures are expected to reflect the first effects of the pandemic on the travel industry, which accounts for around 12% of the national economy.

The government has already stepped up to support the industry. After meeting ministers and business leaders last week, President Recep Tayyip Erdoğan announced an aid package to support the economy and help businesses tackle the effects of the outbreak.

Erdoğan said the tourism accommodation tax was being suspended until November, while debt repayments of companies affected by the pandemic will be postponed for a minimum of three months.

The country’s public and private lenders on Monday announced some flexible loan payment options, with some offering the possible restructuring of corporate debt, specifically for the hard-hit tourism and transportation sectors.

Turkey was one of the first countries to halt flights to and from China in early February, which resulted in a significant drop in Chinese tourists. While 31,074 Chinese visited the country in February last year, only 5,644 arrived in the same period this year, an 82% decline.

The same figure was down by 48% in the January-February period.

Tourists from Germany accounted for 9.18% of all foreign arrivals, with the number of visitors totaling over 159,000 last month. In February, Turkey attracted over 152,000 guests from Bulgaria, or 8.79% of the total number of international tourists, and more than 132,000 from Georgia, or 7.65%.

The country’s metropolis, Istanbul, attracted over 962,000 visitors, or some 55.5% of all international arrivals in February.

Northwestern Edirne province, which borders Bulgaria and Greece, followed with more than 212,000 visitors or 12.28% overall. The Mediterranean resort city of Antalya came in third, attracting almost 175,000 international visitors, or 10.08% of the total number of arrivals.

The start of this year also seemed promising, as the industry enjoyed its best January ever with 1.8 million arrivals, a 16.1% year-on-year surge.

Turkey’s death toll from the coronavirus increased by seven to 37 on Monday as the number of confirmed cases rose by 293 to 1,529, Health Minister Fahrettin Koca said.

Ankara has already closed schools, cafes and bars, banned mass prayers and indefinitely postponed matches in its main sports leagues, as well suspended flights to some 70 countries as it looks to limit the spread of the virus.

Global cases have surpassed 382,000, according to data compiled by Johns Hopkins University, while the global death toll was at least 16,574 as of midday on Tuesday.