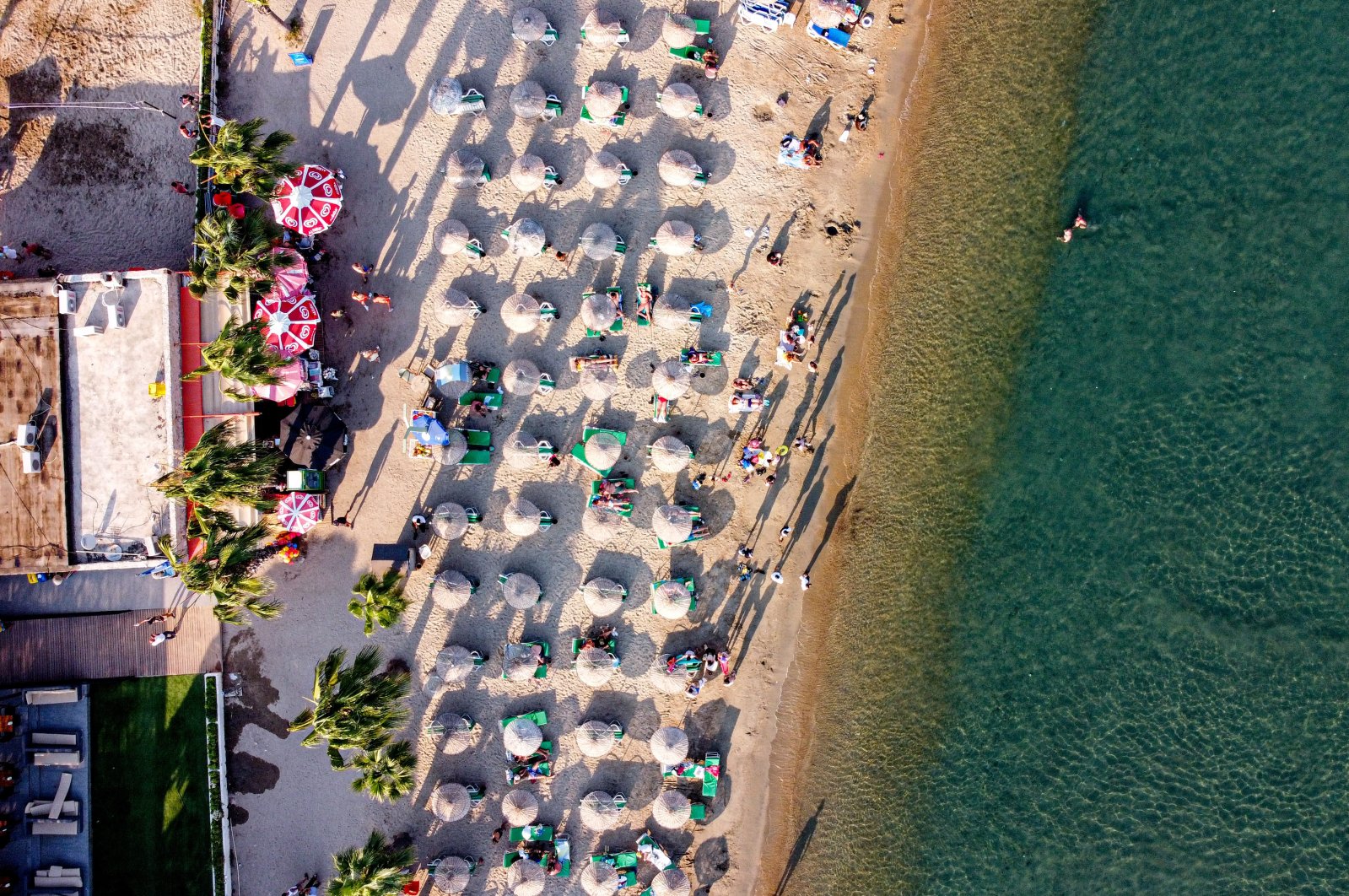 Turkey has seen the number of foreign visitors rebound strongly in June from a year ago, while income from tourism has also surged, official data showed Friday, as pandemic-induced travel restrictions eased.

More than 2 million tourists arrived last month, up by a whopping 853.4% year-on-year from just 214,768 in the same month a year ago, according to Culture and Tourism Ministry data.

The figure more than doubled the May figure, when some 936,282 foreigners came in, but arrivals still remain well below the pre-pandemic era. The June figure was a fraction of the 5.32 million who came in 2019 before the pandemic hit.

Arrivals surged 27.07% year-on-year in the first half of the year as nearly 5.8 million foreign nationals visited the country, the data showed.

Nearly 18.1 million arrived from January through June of 2019, before the pandemic-related curbs slashed the figure to 4.51 million in 2020.

Istanbul, Turkey’s largest city by population and its top tourist draw, welcomed 2.8 million foreigners in the first six months, giving it a share of 47.49% in the overall figure. It was followed by the Mediterranean resort city of Antalya with 1.5 million visitors and Edirne in northwestern Turkey with 611,306 visitors.

The total number of visitors, including Turkish citizens living abroad, in the first half of the year stood at 7.5 million, marking a 32.1% increase compared to the same period in 2020, the data showed.

Ukrainians also topped the six-month list as 772,437 tourists arrived from the nation. The country’s top tourist source, Russia, followed with 746,724 and Germany with 516,404.

Thousands of Russian tourists began arriving in Turkey last month after Moscow lifted its two-month suspension in flights imposed by Moscow due to concerns about a surge in COVID-19 cases in April.

Among others, France has removed Turkey from the red list of countries on which it had imposed travel restrictions. It ditched the mandatory 10-day quarantine process for passengers traveling from Turkey to France.

While many businesses suffered during the pandemic, tourism has been clobbered: In 2019, it brought in $34.5 billion and nearly 52 million visitors. In 2020, arrivals dropped 69% and revenues fell to about $12 billion, according to the Tourism Ministry.

Turkey expects at least 17 million arrivals and around $20 billion in related income this year, according to officials.

Other data Friday showed the nation’s tourism revenues stood at $3 billion in the second quarter of the year.

The tourism income of the country stood at $2.45 billion in the first quarter of this year, according to the data from the Turkish Statistical Institute (TurkStat). It amounted to $7.97 billion in the April-June period of 2019.

The figure was still up almost 22.5% from the previous quarter, the data showed.

This April-June, 73.1% of the income – excluding GSM roaming and marina service expenditures – came from foreign visitors, while the rest was from citizens residing abroad.

The average expenditures of visitors in the three-month period stood at $739 per capita.

Some 81.1% of the total tourism income, or $2.43 billion, came from individual expenditures, while package tour expenditures stood at $566.7 million, according to the data.

The country attracted over 4 million visitors in April-June, up 56.4% on a quarterly basis.

At 70.3%, the primary reason for foreigners’ visits was “travel, entertainment, sports, and cultural activities,” while the number of people “visiting relatives and friends” made up 11.1% of the overall figure, it added.