German arrivals to give fresh boost to Turkey's tourism sector 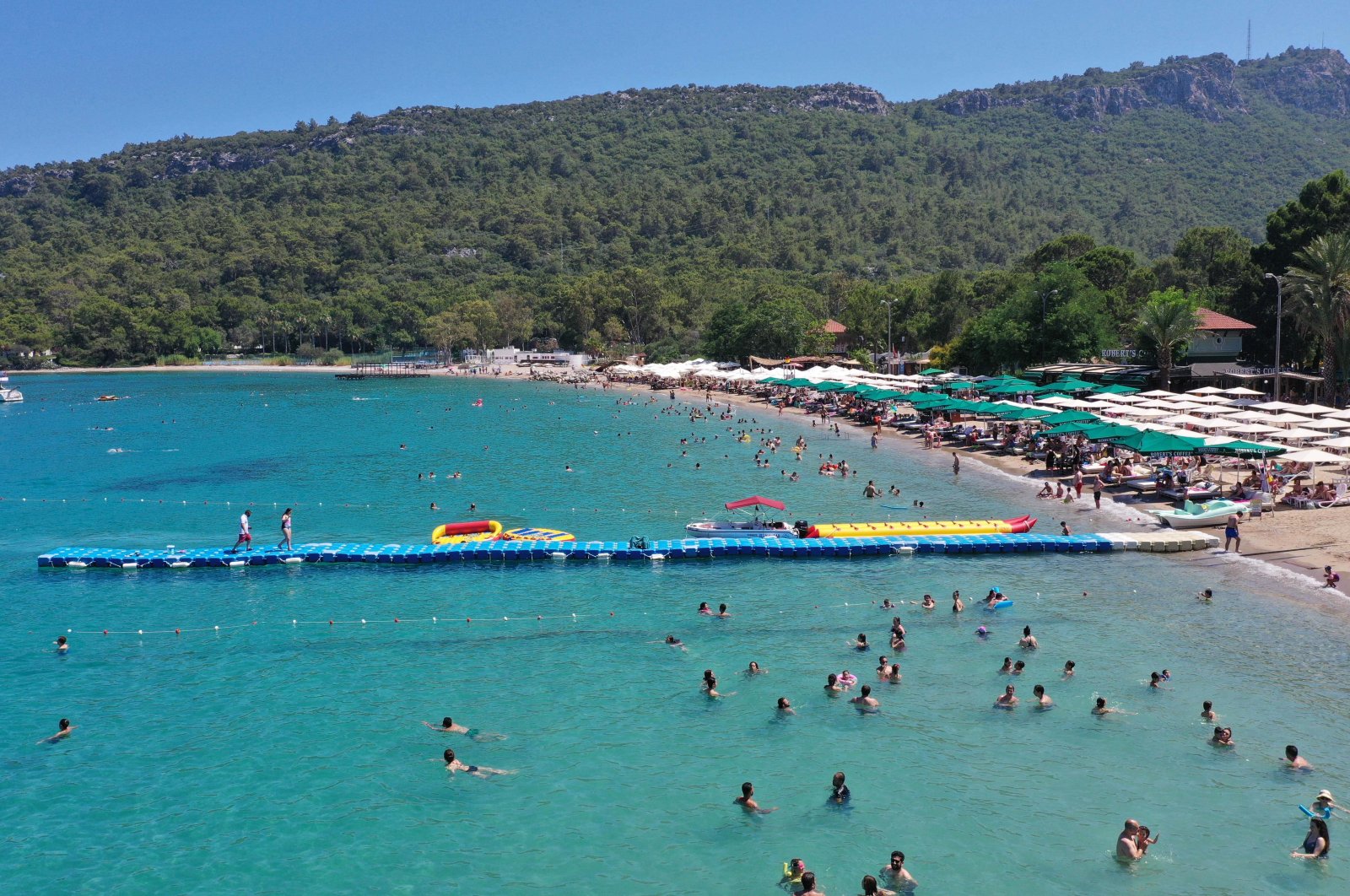 Holidaymakers enjoy the sea, sun and sand at a beach at the seaside resort town of Kemer in Antalya province on Turkey’s southern Mediterranean coast in this undated photo. (DHA Photo)
by DAILY SABAH WITH AA Aug 17, 2020 1:52 pm
RECOMMENDED

Turkey’s tourism representatives expect Germany’s partial lifting of its coronavirus travel warning for the country will give a significant boost to the sector, which had already entered a recovery period following the arrival of Russian tourists.

Cem Karaca, president of the Association of Alternative Tourism Activities and Enterprises (ATIB), told Anadolu Agency (AA) Monday that touristic facilities in Antalya on Turkey’s southern Mediterranean coast have been welcoming a large number of tourists coming from Russia after the resumption of flights between the two countries on Aug. 1.

The sector is now hoping to welcome a wave of Germany tourists, which would help businesses make up for losses due to a late start to the summer season before it ends, Karaca said.

“Although it is not possible to see last year's figures, we believe that enough tourists will arrive to offset some portion of losses incurred by the pandemic," he said.

Emrullah Ahmet Turhan, secretary-general of the Halal International Tourism Organization, also said that the sector is relying upon the return of German visitors for a stronger recovery.

“Germany is an important market for all stakeholders of the industry, as German visitors benefit from a wide range of touristic services,” Turhan said.

Last week, the German government decided to lift travel warnings for the Turkish resort destinations of Antalya, Izmir, Muğla (including Fethiye) and Aydın. The move follows consultations between German and Turkish officials and is a part of a deal to help revive tourism between the two countries.

It also came as Turkish resorts and destinations nationwide implemented a Safe Tourism Certification Program to ensure visitors are kept safe from the coronavirus.

In March, Berlin issued a global travel warning for its citizens to avoid nonessential travel abroad due to the COVID-19 outbreak and restrictions on international air travel. Three months later, it lifted its travel warning only for the European Union and Schengen countries but extended it for all the other countries until the end of August.