German, Russian operators race to bring most tourists to Turkey 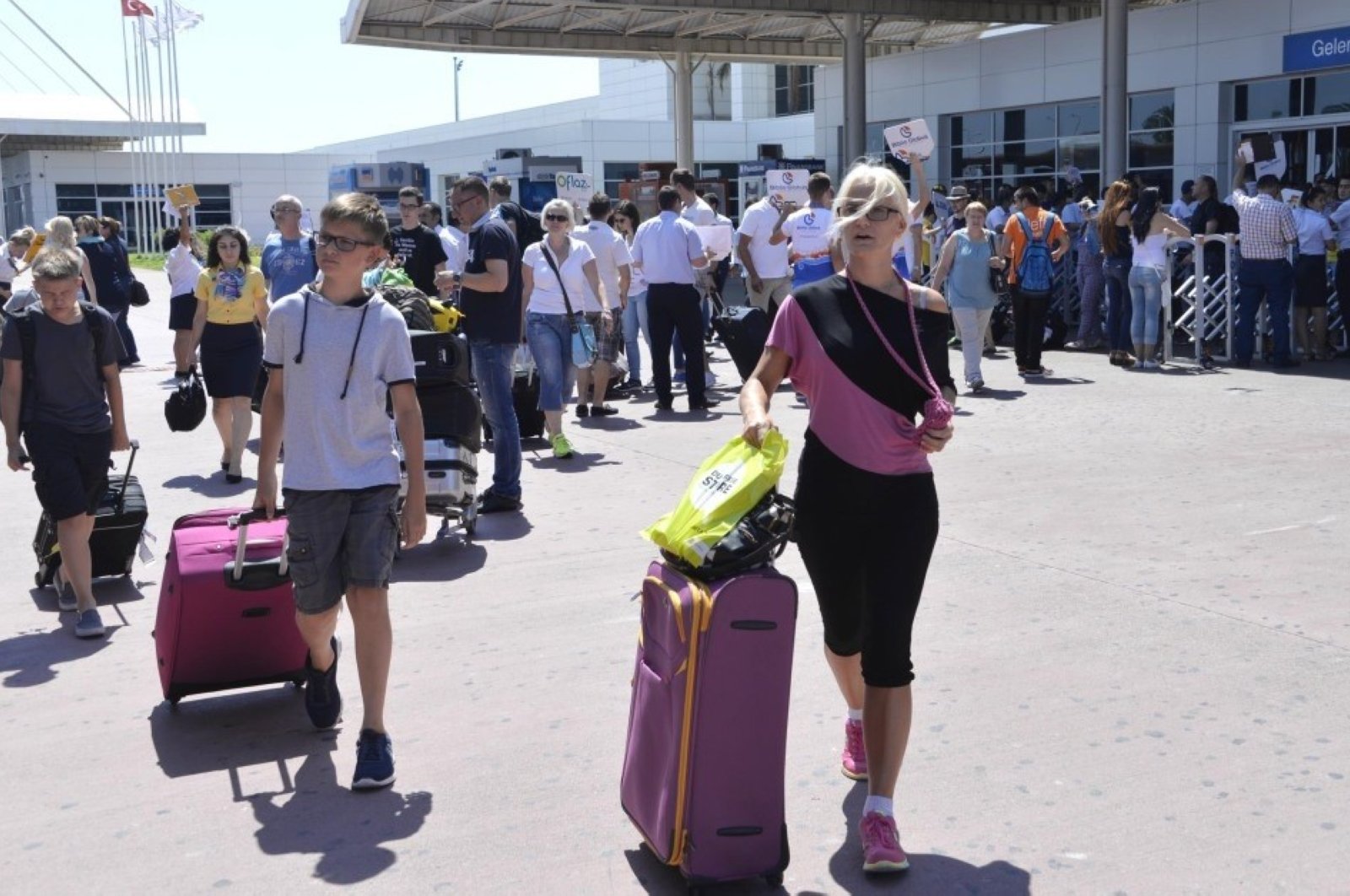 In this undated file photo, tourists are seen arriving in the Mediterranean resort city of Antalya, a favorite spot for Russian tourists.
by DAILY SABAH Mar 11, 2020 1:51 pm
Edited By Ayşe Betül Bal
RECOMMENDED

German tour operator TUI, which had lost its lead in the tourism sector in terms of bringing the most tourists to Turkey – has managed to secure first place in 2019. The race this year will be between German and Russian tour operators, following the closure of U.K.-based tour operator Thomas Cook due to bankruptcy last year.

German TUI brought about 2.4 million tourists to Turkey in 2019, mainly to southern and western provinces and to Istanbul. Around 1.8 million of the visitors traveled to the southern resort city Antalya, according to an article published by Turkish daily Dünya on Wednesday which cited the information obtained by Incoming Report by Ekin Group. The report is prepared annually for ITB Berlin and Moscow tourism fairs but was not announced this year due to the cancellation of the fairs amid precautions and protocols to prevent the spread of the new coronavirus outbreak.

According to the report, Coral Travel of Oti Holding came in second in the number of tourists visiting Antalya while Anex took second place in bringing the most tourists to the country in general.

The race was mainly between the German operator and Thomas Cook for many years before the 178-year-old British operator went bankrupt in September 2019. In a major shock, Thomas Cook, the world's oldest travel firm, collapsed, stranding hundreds of thousands of holidaymakers around the globe and sparking the largest peacetime repatriation effort in British history. With the TUI putting weight on the Russian market, leadership in the incoming market was recaptured by the German firm which was dealing mainly in the Europe-based markets before.

The Russian market remains key for tourism operators as Turkey has been a favorite among Russian travelers despite the political ups and downs between the two countries.

Russian citizens accounted for 15.6% of all arrivals in Turkey in 2019, according to figures from the Culture and Tourism Ministry. Some 7 million Russians visited Turkey last year, the data showed. Their top travel destination was Turkey’s western Mediterranean coastline, Antalya.

They have also accounted for 7.3%, or over 130,600, of all foreign tourists who came in January of this year; however, most prefer to come in the months following May.