'Glad to be back': Tourists ready to enjoy safe holidays in Turkey 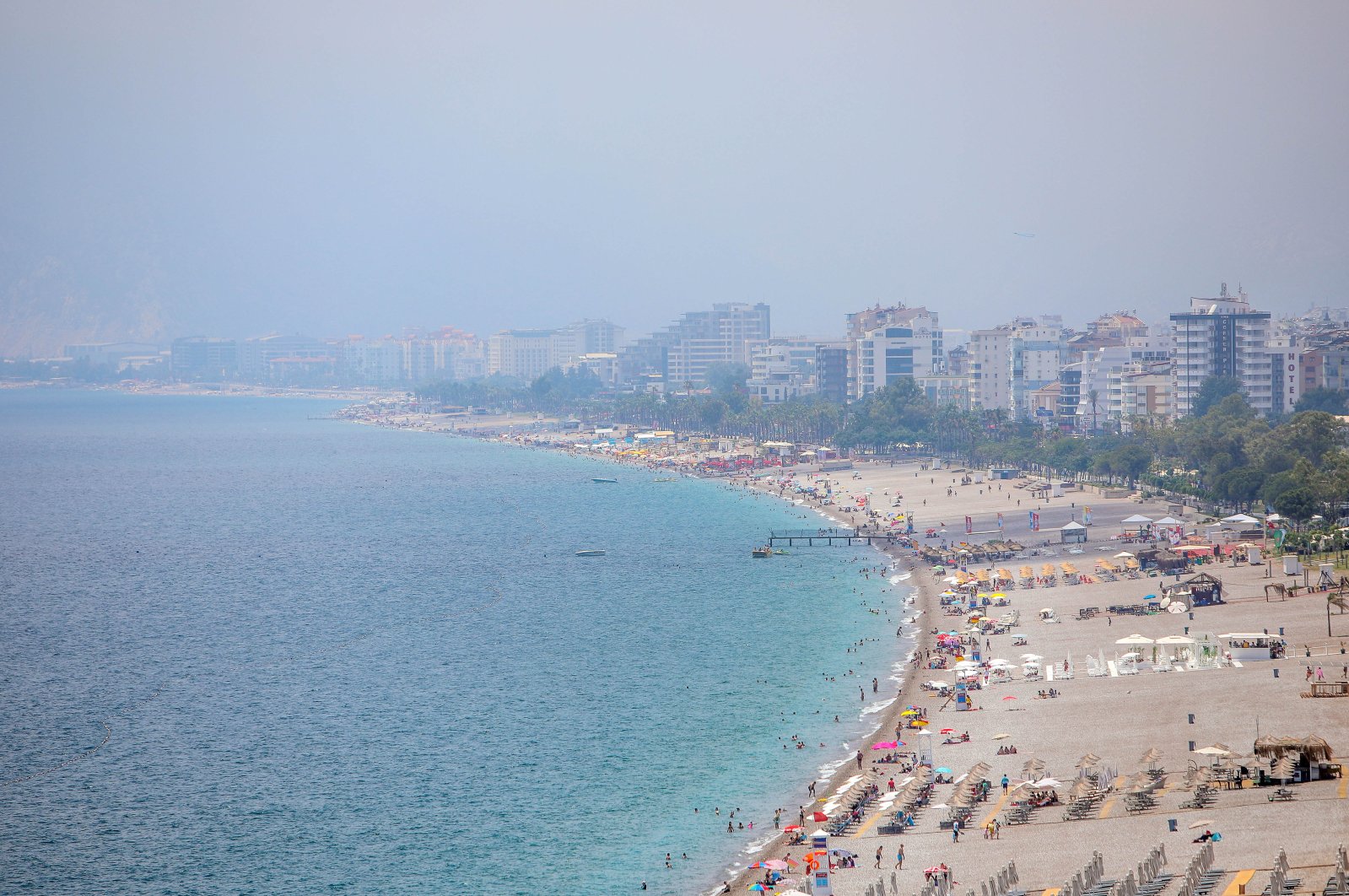 Around 1,500 tourists arrived in Turkey’s most popular Mediterranean destinations from Ukraine in the first phase of the resumption of charter flights, but local operators expect the season to get busier after mid-July

“I am so glad we came,” Maria Petrukhina said, a Ukrainian who was among 183 travelers that have arrived in the vacation town Dalaman from Kyiv on Saturday on a charter flight operated by Russia’s regional airline Azur Air.

“Everyone has been following safety measures at the airport and the hotel, making us feel safe,” the 37-year-old said.

“I keep telling my friends and relatives, you can visit any country, but you must see Turkey,” Petrukhina said.

Nearly 1,500 tourists arrived in Turkey’s most popular Mediterranean destinations from Ukraine within the first phase of the resumption of charter flights.

Local operators said the arrivals do not account for even 10% of the last year’s figures, but they expect things to get busier after mid-July when the flight frequency increases. Last year, more than 1.5 million Ukrainian tourists visited Turkey for tourism.

“Turkey is a perfect holiday destination for both adults and children. This country needs no advertisement.”

Soon after the opening of air traveling, Ukrainian authorities encouraged citizens to choose Turkey as their next travel destination due to the strict measures taken in the country against the coronavirus pandemic.

Ukrainian Foreign Minister Dmytro Kuleba was the first guest minister visiting Turkey's southern resort city of Antalya since the start of the pandemic.

In a joint news conference he held with his Turkish counterpart Mevlüt Çavuşoğlu last week on Friday, Dmytro said he had no doubt that Ukrainians’ interest in the country will recover fully in no time.

Uysal said the town has started to welcome back hundreds of Ukrainian tourists after the Eastern European country lifted restrictions on air travel to Turkey. He said the season will get busy after mid-August following the resumption of flights from the United Kingdom, where the majority of holidaymakers come to Fethiye from.

Travel agencies in Britain are preparing for the resumption of travel to Turkey as well. London-based travel agency Edwin Holidays is planning to introduce travel packages for Turkey’s famous holiday destinations and asked the country to provide charter flights.

Uğur Bulut, a partner at the agency, said Turkey tour packages could be more advantageous for British tourists if direct flights are provided between destinations.

Along with the U.K. and Ukraine, Hungary also listed Turkey as a “safe-to-travel” destination, refusing to follow the EU's footsteps.

The German government last month decided to lift its global travel warning only for EU member states and Schengen-associated countries, namely Iceland, Liechtenstein, Norway and Switzerland but extended it for all the other countries, including Turkey, until the end of August.

On the other hand, in a list it unveiled last week, the EU decided to exclude Turkey, along with the U.S. and other countries, from a list of 15 countries recommended for nonessential travel. Ankara called on the bloc to correct the “mistake” as soon as possible, citing its measures taken to combat the pandemic as well as its efforts and successes.

Çavuşoğlu said the EU's choice of countries with travel restrictions had been politically motivated. The minister argued that many of the countries to which travel had been allowed were in a worse position than Turkey and urged European officials to treat countries objectively.

To instill the idea that Turkey is safe, Turkey's Culture and Tourism Ministry launched the Healthy Tourism Certification program in partnership with the Foreign Ministry in the wake of the pandemic. The program covers a broad range of safety measures in transport, accommodation and hygiene, both for hospitality employees and tourists, according to the Tourism Ministry.