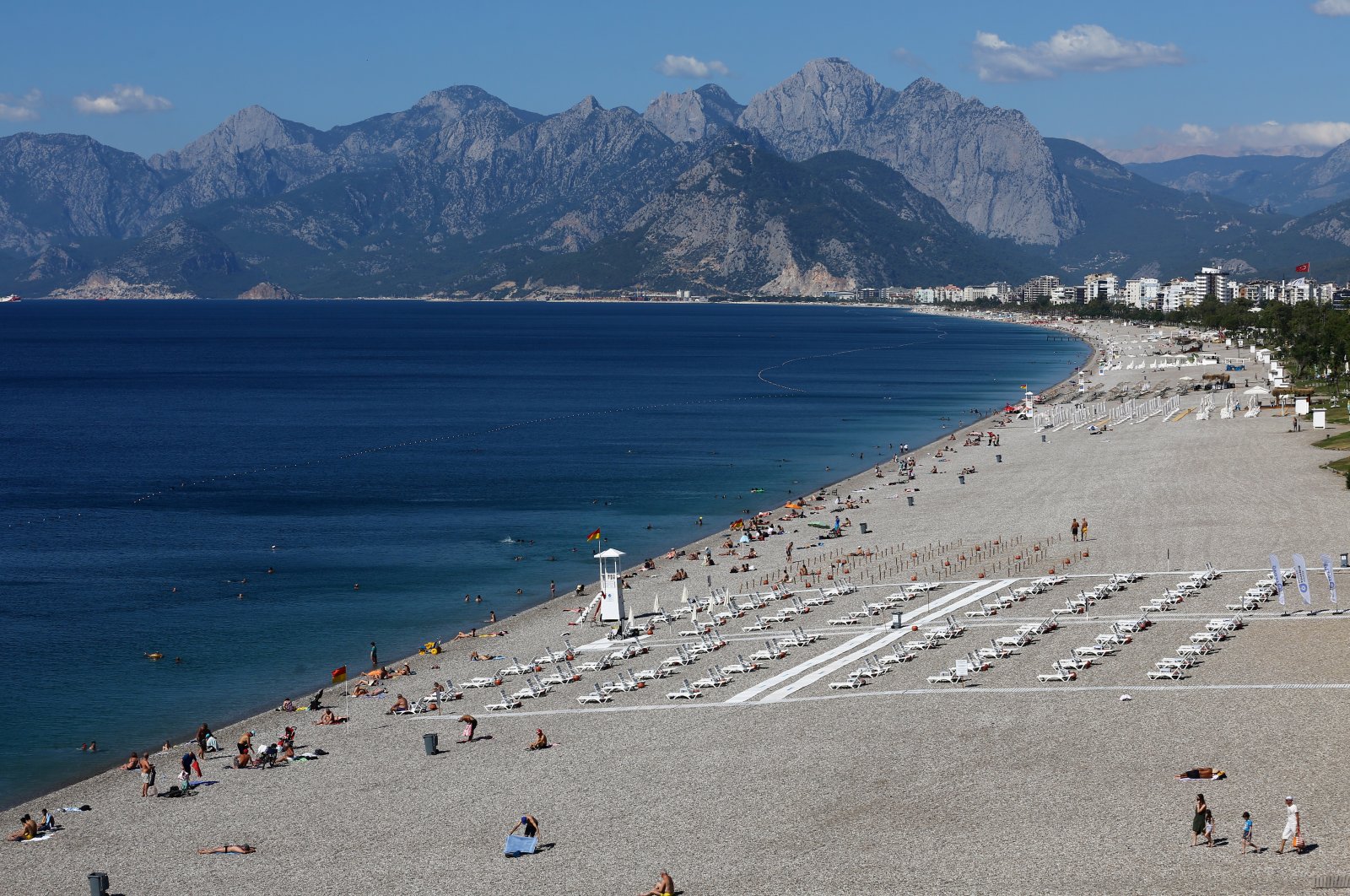 Comparing the current outbreak to similar cases, world tourism this year may expand 1.5% from pre-pandemic 2019, with higher hopes for the year to come, according to a sector expert.

Bulut Bağcı, head of the U.K.-based World Tourism Forum Institute (WTFI), said after the 2001 terrorist attacks and SARS epidemic in 2003, tourism narrowed dramatically but bounced back rapidly in the United States and Asia.

"I'm completely positive the world will normalize after May 2021 and the tourism sector will gradually return to normal by 2024," he told Anadolu Agency (AA).

Bağcı believes measures imposed around the world to stem the spread of the coronavirus had negative effects on people. "I'm looking forward to similar lockdowns," he said.

As tourism narrowed 98% in 2020, many firms were affected. Data showing the sector's position will be revealed in the next one or two months, he said.

Since originating in China last December, the pandemic has infected millions and claimed hundreds of thousands of lives globally.

Bağcı said the sector cannot afford strong pandemic measures for another year, with several aviation firms on the verge of bankruptcy.

He said if a vaccine is approved in the coming months, people will go safely on vacation.

Bağcı said due to the virus, hygiene and food service rules were permanently revised at tourism facilities.

"People now check to see if there's a hospital nearby when they go on a vacation," he said. "Turkey's initiative to build city hospitals is very important for the country's tourism sector."

He said tourism also went digital during the pandemic because customers chose digital channels for shopping, including holiday packages.

He added that the meetings, incentives, conferencing, exhibitions (MICE) sector will also revive in 2021.

Hosting more leaders than others

The WTFI organizes the World Tourism Forum to host leaders and key tourism players from different countries, he said, adding there are many fairs and events but the forum boasts the motto: "We host more Leaders than Others."

The forum has hosted about one dozen country leaders, more than 20 former leaders, 60 tourism ministers and hundreds of sector representatives – CEOs and managers, Bağcı said.

It is held in such hotspots as Istanbul, Antalya on the Turkish Riviera, Moscow, Ghana and Angola, and is set to be held in Pakistan in 2021.

After the institute advised Ghana to ease visa conditions, its tourist numbers rose to 1.3 million annually, more than double its previous number, 600,000.

The forum is currently working with Pakistan to attract $10 billion in foreign investment.

"We met with (Prime Minister) Imran Khan," he said. "Pakistan has several types of products for foreign investors but there are no world-class reports" showing the country's potential, he said.

He said the institute, headquartered in the U.K., is especially active in Africa, Asia and Latin America.

"The D-8 Organization for Economic Cooperation and World Tourism Forum Institute are joining forces to reshape economies by supporting the tourism sector across the D-8 member states," according to the agreement.

"We aim at promoting tourism, cultural and social activities as well as boosting people-to-people, business-to-business contacts and integrate the state and private institutions of the Member States."

He said Turkey attracts many tourists from Russia, Ukraine, the U.K., European Union and Asia.

Turkey offers nature tourism – seas and mountains – as well as culture tourism with its museums and ancient cities.

A tourist who visits Turkey can do sightseeing and sunbathe at the same time, said Bağcı.

He said Turkey can appoint tourism envoys in Africa, as it did in European cities, to attract more visitors.

"If Turkey diversifies its tourist sources, it may see 50 million-60 million visitors," he said.

"Sporting events, such as Formula One, are also important in attracting visitors."