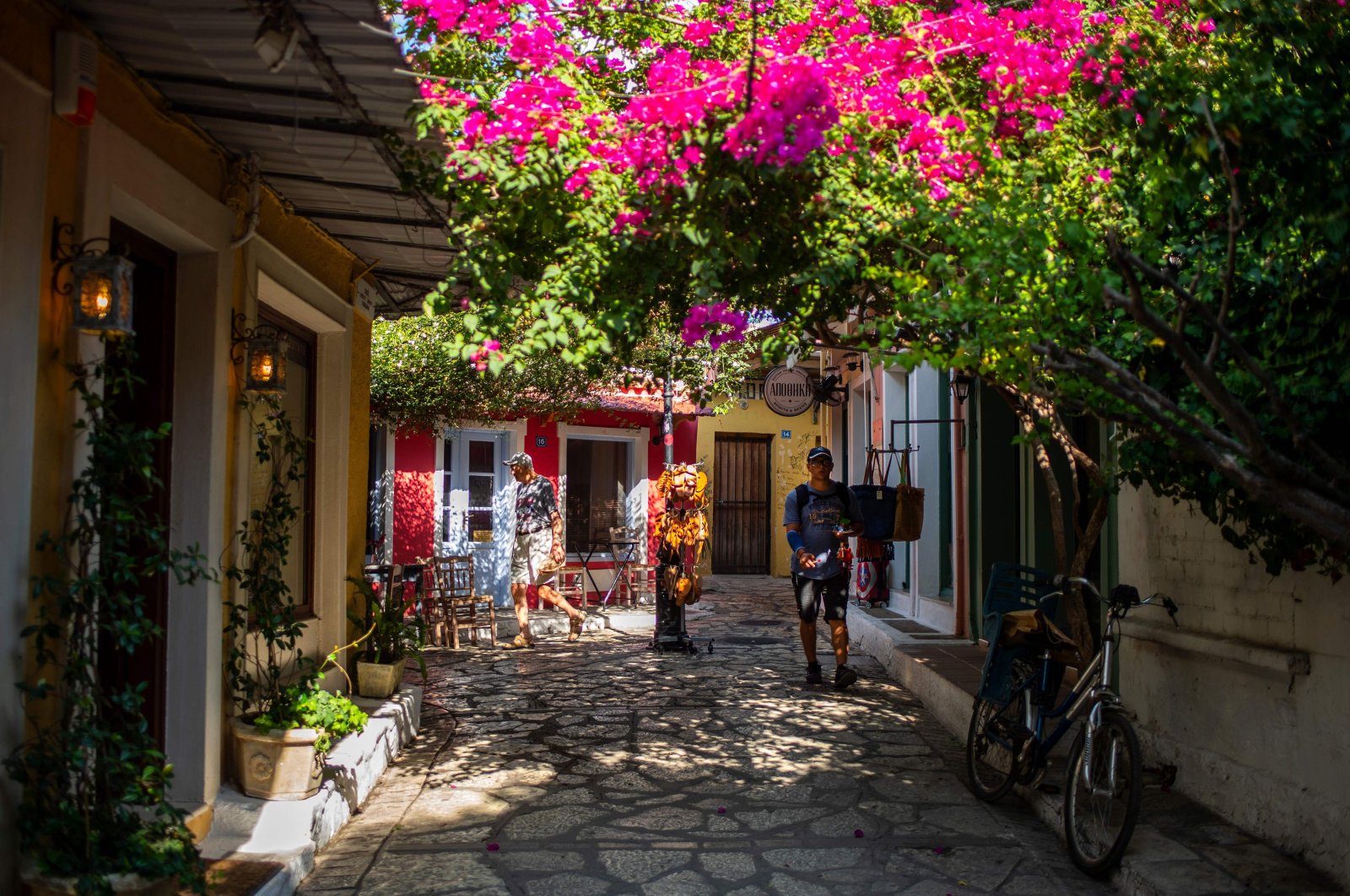 The tourism sector is perhaps one of the most difficult areas for recovery following the COVID-19 outbreak as the sector depends on several factors, from resuming flights to regaining vacationers' faith. Although Greece has even gambled on easing COVID-19 inspections at ports and airports and gradually reopened its doors to foreign arrivals as early as July to avoid a crippling recession, touristic business managers in the country say the number of arrivals has not met their expectations.

Restaurant or tavern owners in Athens and Alexandroupoli (Dedeağaç), near the Turkish border, said neither arrivals from Europe nor from Turkey are at the expected levels, placing their hope in the reopening of land borders with Turkey. Heavily reliant on tourism, the country reopened its land borders with select countries and resumed international flights on July 1 with top destinations, including popular touristic islands, out of fear of a deeper economic crisis since it has only recently emerged from a painful financial crisis.

Within the framework of the health measures taken by the Greek government, meanwhile, it was stated that many restaurant and bar owners are on the brink of bankruptcy as the number of tables and customers were reduced to comply with social distancing rules.

Islands with small airports, like Simi (Sömbeki), Leros, Patmos, Chios (Sakız) and Samos (Sisam), are also among the most affected with empty beaches, taverns and closed hotels.

Business managers in touristic spots in Alexandroupoli, one of the most preferred destinations in Greece by Turkish vacationers, underlined that tourists coming from the neighboring country are the primary income source for them.

Vangelis Kotsis, who owns the Agora restaurant in the city, said: "This pandemic has succeeded in what the last economic crisis failed to do. We are experiencing a 50% decrease in our turnover compared to last year – except for the days we were off during the pandemic, of course.”

He added that mostly local tourists are visiting the places in the city now, and “unfortunately, the situation has not seemed pleasant for the future.”

Drawing attention to the fact that Turkish tourists are the most important source of income in the city, Kotsis said: “I had many Turkish customers last year. Turks spend well and are free-handed. Unfortunately, because of the pandemic, and of course due to the closed borders, we could not see Turkish tourists. My Turkish customers were kind and good people. I hope this pandemic process will be overcome, the borders will reopen and we can see them again.”

Dimitris Goulis, the owner of the business named Loukoulos, who has been operating taverns and restaurants for 21 years, stated that they had a hard time due to the pandemic.

“We are in a very bad situation compared to last year, especially due to the measures taken against the pandemic. We had to reduce the number of tables by 50%. This affects our business a lot because even if there are customers, sometimes we cannot accept them because of these restrictions,” he said.

Goulis said they have not seen any Turkish customers so far.

“This has affected our business because this is a place also preferred by the locals, but the absence of Turkish tourists has seriously affected the economy of the city,” he said. He noted that they hope to welcome Turkish customers as soon as possible, or else things will become very difficult.

Greece’s economy is expected to contract by 5.8% this year, according to the Bank of Greece, partly because of the impact of the coronavirus pandemic on tourism revenue.

Greece has seen COVID-19 infections increase this month to levels last seen in April, with officials blaming overcrowding in clubs and social events. Since July 1, there have been over 340 confirmed infections among nearly 1.3 million incoming travelers, according to the civil protection agency, which caused the country to tighten the restrictions regarding the tourism sector. It has imposed a seven-day quarantine for travelers arriving from Albania and tighter controls at the land borders and in the food and farming sector.

It has also made the wearing of masks in enclosed spaces compulsory, including in churches, ahead of a major Greek Orthodox festival scheduled for Aug. 15.