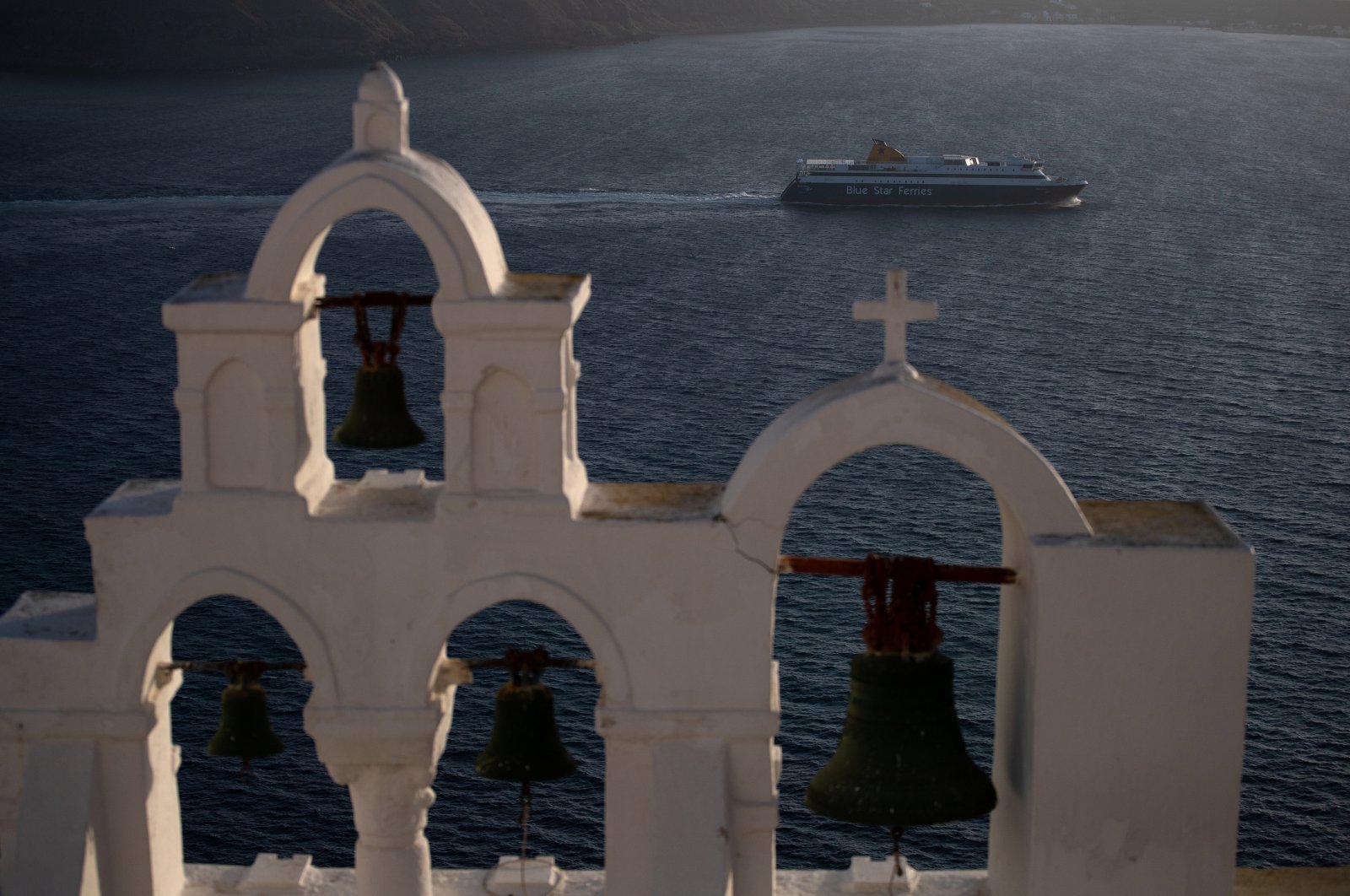 Greek tourism sector representatives are urging tourist arrivals via both land and air to be resumed between Turkey and Greece soon as the country not only hosts a large number of tourists from its neighbor but also benefits from Turkish airports that act as a bridge between the country and non-European destinations.

Greece has partially reopened its airports as of July 1 with the easing coronavirus-related restrictions, however, flights and land crossings with Turkey have not yet been reopened for tourists.

Accordingly, the majority of hotels remained vacant in the holiday destinations most preferred by Turks in Greece, and discounts of up to 50% on hotel prices can be seen in the area, tourism representatives told Turkish broadcaster NTV.

Thassos Hoteliers Union Chairman Dimitrios Papadimitriou said that the island welcomed 60,000 Turkish tourists last year and that Turkish tourists are not only important for the Thassos tourism industry but for all the touristic destinations from Kavala to Alexandroupolis (Dedeağaç) near the Turkish border.

Papadimitriou said he believes the Greek government will take the necessary steps soon so that Turkish tourists can begin coming to the island.

Explaining that the occupancy rate in the hotels is now around 40% with tourists from Romania and Bulgaria alone, Papadimitriou also stressed that this caused a fall in the prices by around 25% to 40% to attract tourists and revive the sector.

“We believe that the government will focus on the problem and understand how valuable Turkish customers are,” he said, highlighting that he, himself, also wants to visit Turkey, especially Gökçeada and Bozcaada, two islands located off the shores of Turkey’s Aegean coasts.

The world-famous Greek island of Santorini is yet another destination that expects resumed fights with Turkey due to Istanbul’s location as an air transportation hub.

A tourism operator from Santorini, Petros Pelekanos, said that Istanbul Airport is a junction.

“Tourists come to Istanbul first and then here. Most of the tourists coming from non-EU countries such as the U.S. and Australia came to Greece last year in that way,” he noted.

Pelekanos said that the occupancy rate of hotels in Santorini is now around 20%, while room prices are down by up to 50%.

Greece reopened its regional airports to international travelers from 14 countries approved on the European Union's “safe list,” which also excluded Russia and the U.S., pinning its hopes on a recovery in tourism after a three-month lockdown. Athens updates the list of countries from which it receives tourists every 15 days, depending on the negotiations with the EU and the number of COVID-19 cases in the countries. The next list will be effective from July 15.

Greece’s tourism sector accounts for a fifth of its economic output and employs 700,000 people. The country’s economy is expected to shrink by at least 8% this year.