Health tourism earns above $1B to Turkey in 2019, under spotlight with COVID-19 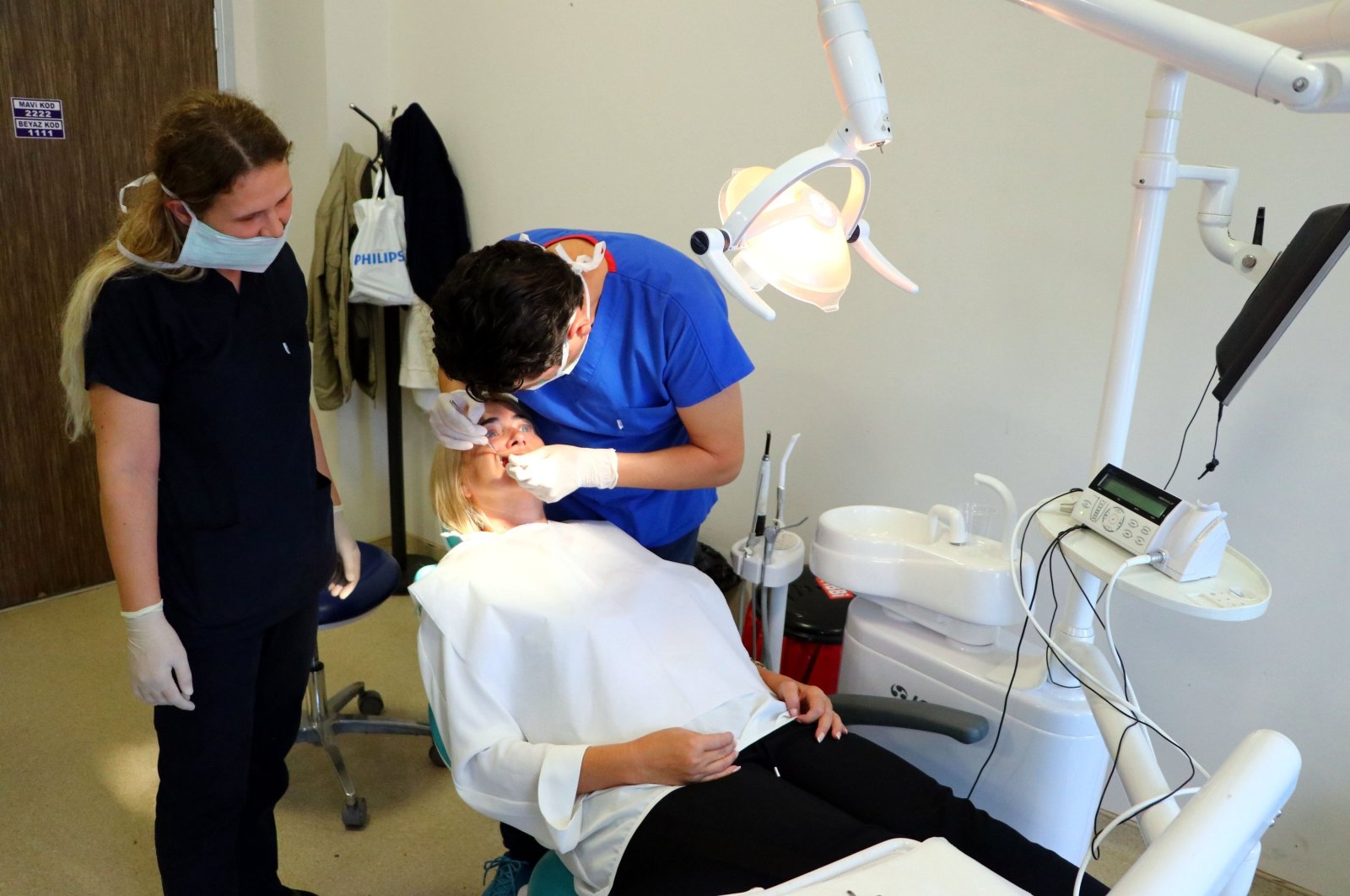 A public dental hospital near Turkey's borders with Bulgaria and Greece, has evolved into a popular destination for patients from the Balkan countries since it opened in 2015, northwestern Tekirdağ, Turkey, April 10, 2019. (AA Photo)
by DAILY SABAH WITH AA Sep 20, 2020 12:34 pm

Turkey, one of the most popular touristic destinations worldwide with its spectacular beaches along the Mediterranean and the Aegean coasts, along with its historic and cultural richness, is also gaining fame for health tourism in recent years, and that has taken on new significance with the COVID-19 outbreak.

The country is among those that have performed the best against the coronavirus pandemic and is being praised for its health infrastructure. Reforms kicked off in the field in recent years, health facilities and private hospital investments also strengthened Turkey's health tourism.

Some 60% of the income is obtained from plastic surgery, he added.

A total of 662,087 patients received service in the country last year within the scope of health tourism.

Temrel said the number of patients coming to the country for health services was 143,266 during the first quarter of 2020, providing $187.9 million in income. Tourism revenue obtained from foreign visitors coming for health and medical reasons and citizens residing abroad was $1.6 billion in 2019, he added.

Iraq, Azerbaijan and Turkmenistan ranked first among the countries where the greatest number of visitors applied for Turkey’s health services during the first three months of the year.

Temrel emphasized that the Turkish Health Ministry aims to increase the number of the health tourists to 1.5 million until 2023 with a revenue of $10 billion, noting: “Our works have been continuing with regard to making Turkey one of the most preferred countries in terms of health tourism.”

He underlined that the country has been providing health services at par with international standards in many areas from eye surgeries and plastic surgeries to general health operations and dental treatment.

During the COVID-19 pandemic, the health infrastructures of the countries have been, in a way, tested, Temrel pointed out, noting that Turkey is among the successful ones and a “shining star in terms of health tourism.”

“Our country is one of the countries that survived this process with the least damage with its well-equipped hospitals, experienced doctors and health personnel,” he said.

Temrel who said that Turkey outpaced some European countries, including France, Italy, Spain and the U.K in terms of safe countries during the pandemic, according to research, noted the U.S. – which faces criticism as it took too long to implement necessary measures against the pandemic – is in 58th place.

Stating that flights were suspended all over the world due to the pandemic and patients could not go to the countries where they wished to be treated, Temrel said that at Doc's Health Tourism Agency they provided the option of an air ambulance or private land ambulance and brought the patients to Turkey, escorted by doctors and health officials.

The prices of those services varied according to the requested country's distance while the land ambulances charges were $5,000 or more, and private aircraft ambulances start from $30,000.

Temrel said the United Kingdom, one of the countries most affected by the pandemic, holds great potential for Turkey’s health tourism sector.

The number of patients who were waiting to receive health services in the U.K. before the pandemic was 4.4 million, he said, citing the country’s national health services body NHS Confederation data.

"We predict that this number will exceed 10 million by the end of the year. There is a waiting list for treatments such as dental treatments, hernia, cataracts, hip and knee replacement surgeries,” Temrel noted.