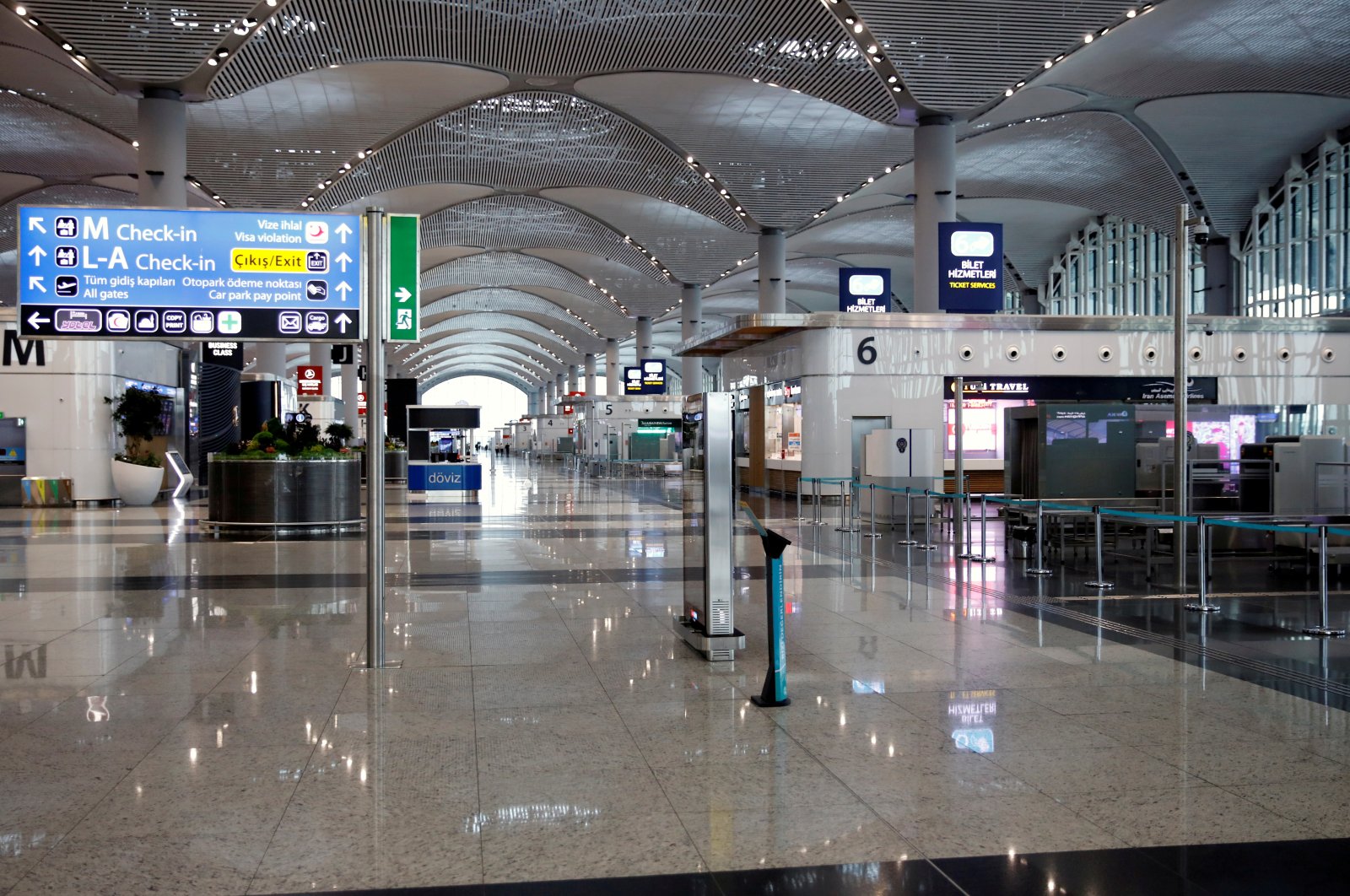 A general view of the nearly empty Istanbul Airport, during the outbreak of the novel coronavirus, Istanbul, Turkey, Sunday, March 29, 2020. (Reuters Photo)
by DAILY SABAH WITH AA Apr 08, 2020 12:41 pm
RECOMMENDED

Some 33.6 million passengers traveled through airports in Turkey from January to March, the country's airport authority announced Tuesday.

The first-quarter figure was down 18.8% from the same period a year earlier on both domestic and international flights, the General Directorate of State Airports Authority (DHMI) said in a statement.

Turkish airports served 376,107 planes including overflights, down from 424,667 in the same quarter last year.

The total aircraft traffic of Istanbul Airport was recorded as 86,527 with 22,080 domestic and 64,447 international flights.

The pandemic, which emerged late last year in the central Chinese city of Wuhan and spread around the world, forced many cities across the globe to go into lockdown, limiting free travel and placing a heavy burden on the worldwide travel industry.

Many airlines have halted their operations to and from the worst-hit countries. Turkish Airlines has most recently suspended all its international and domestic flights within the scope of the measures taken by the country to curb the spread of the virus. The flag carrier had previously announced that it is now using its passenger planes for cargo transportation. The budget airline Pegasus has also grounded all flights.