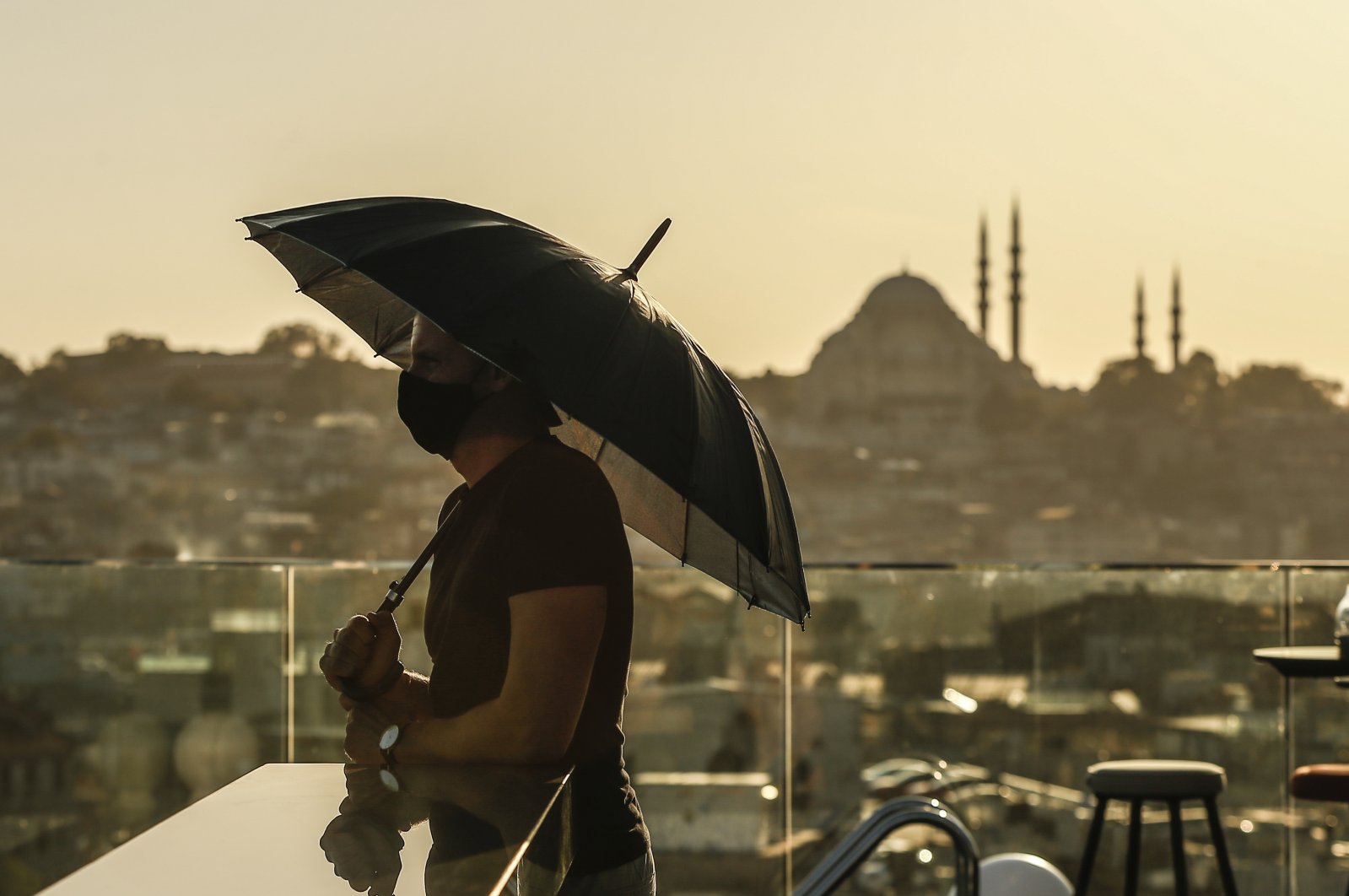 A tourist, wearing a protective mask to help prevent the spread of the coronavirus, enjoys the view backdropped by the Süleymaniye Mosque in Istanbul, Oct. 21, 2020. (AP Photo)
by French Press Agency - AFP
Oct 27, 2020 5:35 pm

International tourist arrivals plunged by an annualized 70% during the first eight months of 2020 because of the coronavirus pandemic, the World Tourism Organization (WTO) said Tuesday.

The Northern Hemisphere's peak summer season was ravaged by travel restrictions, with tourist arrivals down by 81% in July, and by 79% in August, the Madrid-based United Nations body said in a statement.

There were 700 million fewer arrivals between January and August than during the same period a year earlier, leading to a loss in revenues of $730 billion – more than eight times the drop recorded following the 2009 economic crisis, it added.

"This unprecedented decline is having dramatic social and economic consequences, and puts millions of jobs and businesses at risk," WTO head Zurab Pololikashvili said in the statement.

The Asia and Pacific region, which was hit first by the pandemic, saw the biggest decline in arrivals, on the order of 79%.

It was followed by Africa and the Middle East with a 69% drop, Europe with 68% fewer international visitors and the Americas where arrivals fell by 65%.

While the drop in Europe over the summer was less strong than in other regions, 69% in August, fresh travel restrictions imposed to fight the second wave of COVID-19 infections have now curbed a recovery, the U.N. body said.

The WTO predicts international tourist arrivals will fall by 70% for 2020 as a whole, and will not recover before the end of 2021.

About one in five experts consulted by the body see a rebound only in 2022.

In 2019, international tourism arrivals rose by 4% to 1.5 billion, with France the world's most visited country, followed by Spain and the United States.

The last time international tourist arrivals posted an annual decline was in 2009 when the global economic crisis led to a 4% drop.