Iranians return to Turkey’s Van in boost for local businesses 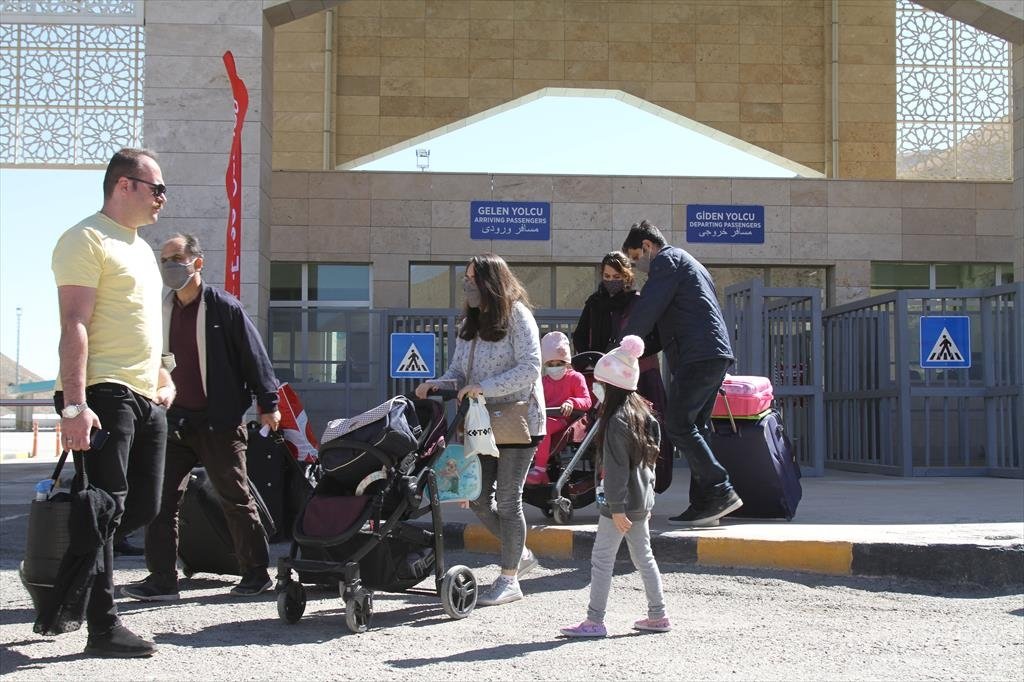 Local small business owners in Turkey’s eastern Van province have much to celebrate, as the frequent destination for Iranians has started to welcome back increasing numbers of tourists from the neighboring country.

Turkey had closed its border with Iran last year and halted flights as a precaution to stop the potential spread of the coronavirus. Flows at the Kapıköy Customs Gate located on the border with Iran were halted at the very beginning of the pandemic.

Turkey opened the crossing in mid-September, yet Iran kept some of its restrictions before halting them as of the first week of October.

This prompted dozens of Iranians to finally cross over to the eastern city, which has over the years become their top destination, especially during the Iranian national holidays.

Incomers are requested to submit a negative polymerase chain reaction (PCR) test conducted a maximum of 72 hours before entering Turkey.

Having their favorite customers returning after a long pause, tradespeople and local businesses in Van are now seeing their venues running at full capacity again.

“The pandemic has affected us severely. We had a hard time. Thank goodness, the crossings have opened, and the Iranians have started coming to our city,” said Ebru Yeşilağaç, a general manager of Royal Berk Hotel in Van, stressing the arrivals have lifted occupancy rates in the city’s hotels.

“This positively affected tourism and shopping. The tradespeople are more peaceful and happier. Our hotel occupancy rate is reaching up to 70%. At certain periods, this figure reaches 100% in all our hotels. We are very happy,” Yeşilağac told Ihlas News Agency (IHA).

Located near the Iranian border, Van is a tourist attraction for its natural wonders and historic monuments. Most Iranian tourists arrive in March and April to spend their 13-day Nevruz holiday, which is the Persian New Year and celebrates the coming of spring.

The city also hosts a major shopping fest that coincides with Iran’s Nevruz holiday. The fest that lasts up to 15 days is a major source of income for the local businesses and is a good opportunity to lift occupancies at accommodation facilities.

Yeşilağac underlined that the positive contribution of the Iranians’ arrival has benefited everyone “like a chain” effect.

“Van is becoming a much more peaceful and populous city. We believe that it will most likely attract the old crowd during Nevruz,” she said.

The border closure had severely impacted Van’s tourism industry, said Necmi Sevimli, one of the partners at Tamara Business Hotel.

“As of September, Iranians began to arrive in groups. They greatly contributed to the local businesses because they don’t have as many comfortable opportunities in Iran as they would like. Bazaar markets are limited. In addition, they prefer our textile production due to its very high quality,” said Sevimli.

“In short, they can easily find here what they can’t find in Iran, especially entertainment, shopping. Because our country is more social and safer than Iran. We have a lot of historical riches; we are border neighbors. All these make Iranians prefer our province,” he said.

Iranians have expressed that they missed Van and are happy to be back.

Around 16,000 Iranians arrived in the city within a month after borders reopened, according to Van lawmaker Osman Nuri Gülaçar from the ruling Justice and Development Party (AK Party).

Isa Berge, the chairperson of the Van Union of Chambers of Tradespeople and Craftspeople, last week said some 1,500 people were entering and exiting the city on a daily basis.