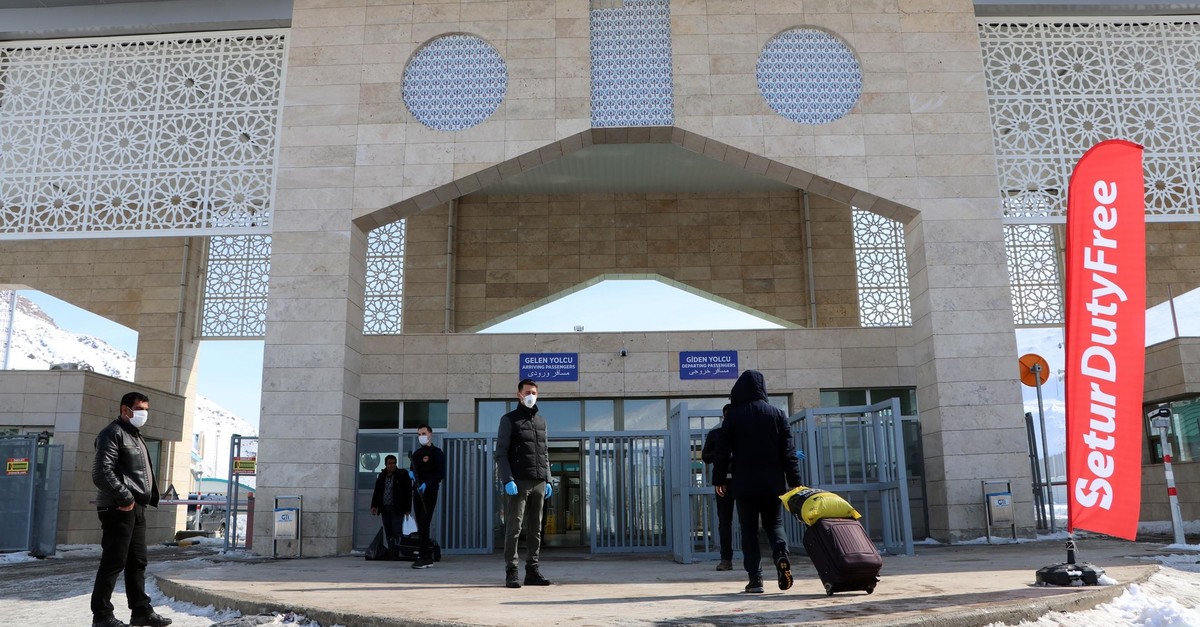 Turkey has closed its border with Iran as a preventative measure against the deadly coronavirus outbreak, shortly after Iranian officials announced eight people had died from the virus in their country.

Health Minister Fahrettin Koca announced on Sunday that Turkey had decided to close its four land border gates and stop train and flight services to Iran.

In a press conference, Koca said the decision followed a spike in new cases in Iran.

"The number of coronavirus patients has reached 80,000 in 32 countries. We have so far managed to keep the epidemic away from our country. But its spread in our neighbor Iran has raised alarms for us," Koca said, adding that the number of confirmed cases in Iran stood at 43, while the death toll was reported as eight.

"All flights coming from Iran have been suspended temporarily and unilaterally as of 8 p.m. All our land border gates have also been closed," Koca said.

Speaking about crossings at the border prior to closure, Koca reiterated that every traveler was subjected to thermal screening and people showing symptoms were barred entry.

"Yesterday (Saturday) and the day prior, eight Iranian nationals were denied entry as they showed cold-like symptoms," he said.

The minister also said five people in eastern Van province who had cold-like symptoms all tested negative for coronavirus.

"As a border province, all health and security precautions have been taken by the related authorities. Please disregard news from sources other than official ones," the governorate said.

Iran on Wednesday became the first country in the Middle East with confirmed cases of COVID-19.

The outbreak in Iran has centered mostly in the city of Qom but spread rapidly over the past few days to people in four other cities, including the capital, Tehran. Iranians also went to the polls on Friday for nationwide parliamentary elections, with many voters wearing masks and stocking up on hand sanitizer.

Authorities shuttered schools in 10 provinces across the country for at least two days starting Sunday. Tehran University also suspended classes and shuttered its dormitories for several days. Those who live in student dorms were asked to return to their hometowns and continue classes through the internet when possible.

Iran is already facing diplomatic and economic isolation under U.S. pressure. The virus threatens to isolate Iran even further, with countries now barring their citizens from traveling there.

Iraq and Pakistan, which share borders with Iran, have already taken preventive measures to limit the spread of the virus from Iranian travelers. Iraq has barred Iranians from entering the country, impacting thousands of religious pilgrims and businesspeople.

Officials in the Pakistani province of Baluchistan, which has a long frontier with Iran, declared an emergency as they seek to stop the spread of the virus. They suspended almost all traffic across the Taftan border crossing with Iran.

Infected travelers from Iran already have been discovered in Lebanon and Canada.

Prior to closure, Turkey had already intensified precautions at the border. Authorities in Van, a popular destination for Iranian tourists in eastern Turkey, installed thermal cameras at the Kapıköy border crossing on Thursday while border officers in contact with visitors are ordered to wear protective gear. Measures came amid an influx of Iranian tourists to Van, which shares Turkey's longest border with Iran, ahead of next month's Nowruz holiday.

Ankara has taken serious precautions and has successfully evacuated its citizens from the Chinese city of Wuhan, the epicenter of the deadly virus, which killed over 2,444 people in China alone.

A military cargo airplane carrying 42 people, including 32 Turks and 10 people from Azerbaijan, Albania and Georgia, departed from Wuhan on Jan. 26, and arrived later that day to the capital Ankara. The plane also delivered medical equipment – dispatched by Turkey's state-run aid and development agency (TİKA) and Turkey's Disaster and Emergency Management Authority (AFAD) – to China.

As many countries reported coronavirus cases, Turkey has so far been safe from the outbreak. Several suspected cases involving Chinese tourists or Turks visiting China turned out to be false alarms.