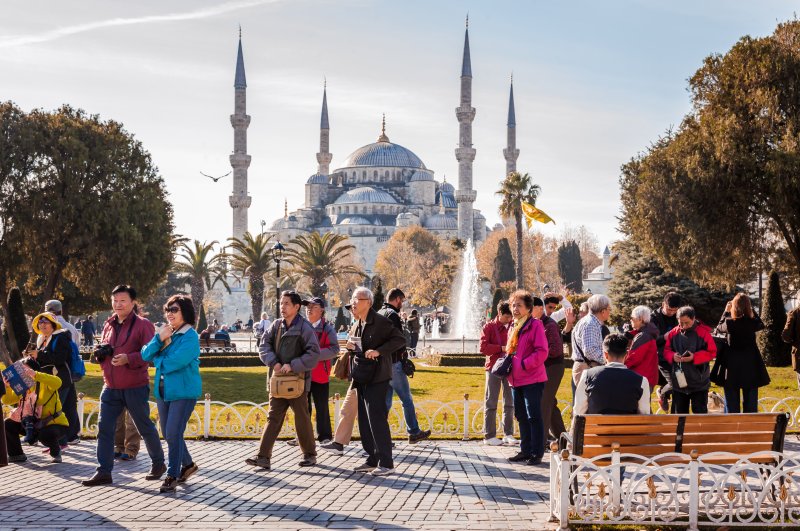 The number of foreign tourists visiting Istanbul in the first month of 2020 was recorded at 1.17 million, the governor said Thursday.

Istanbul governor Ali Yerlikaya said in a statement he shared on his Twitter account that according to data compiled from Istanbul and Sabiha Gökçen airports and the Haydarpaşa, Pendik, Tuzla, Zeytinburnu, Ambarlı and Karaköy ports, the number of the foreign visitors coming to Istanbul has surged 10.7% year-on-year in January this year.

Some 72% of those tourists visiting the city used the new mega airport, Istanbul Airport on the city’s European side while 27% of them used Sabiha Gökçen on the city’s Anatolian side.

During the first nine months of 2019, Turkey’s biggest city Istanbul welcomed 11.3 million foreign tourists, according to Yerlikaya, while the number of tourists visiting Istanbul soared to a five-year high in the first five months of 2019.