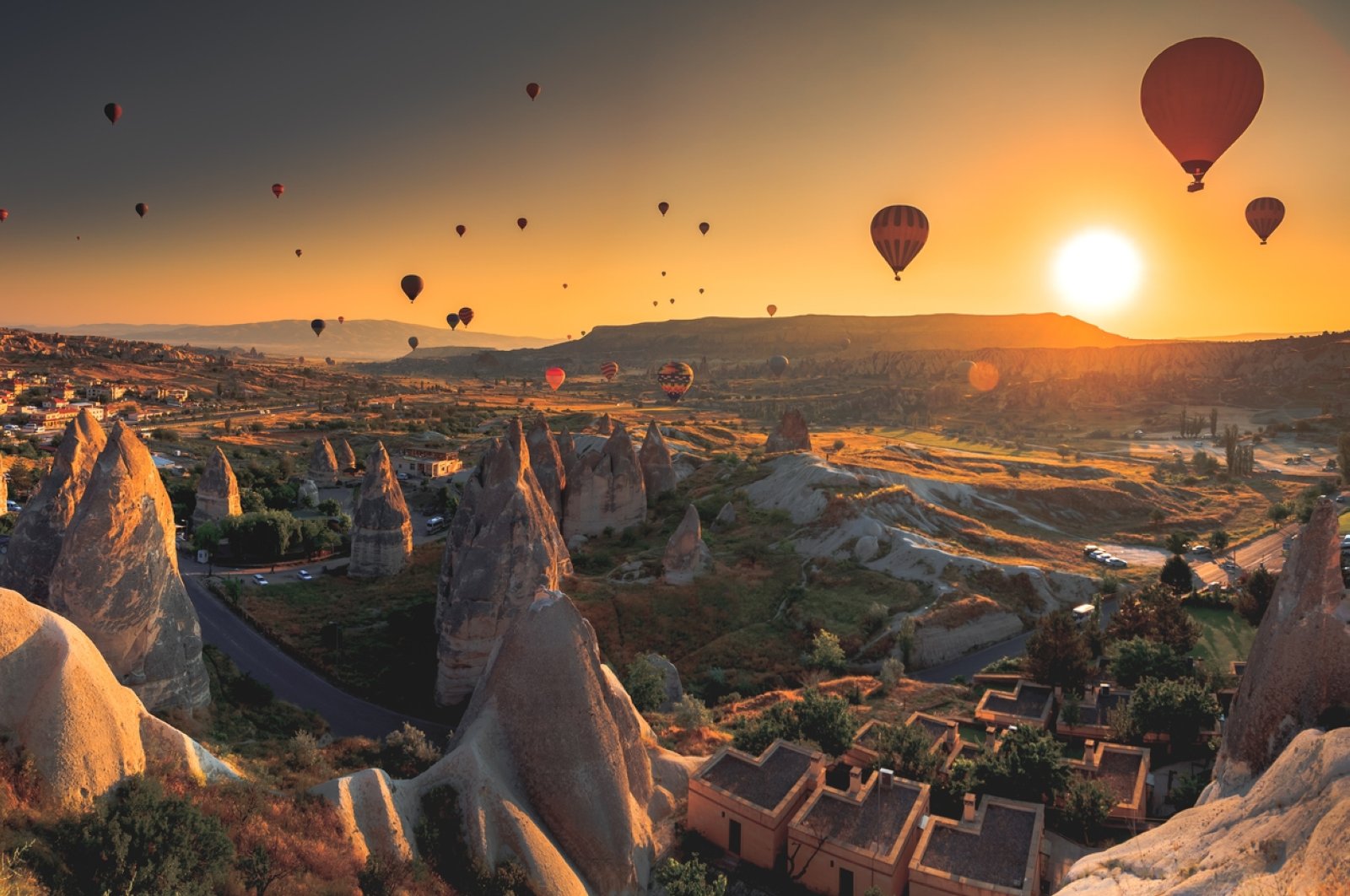 Hot air balloon tours in Turkey’s touristic Cappadocia region, which were canceled by the General Directorate of Civil Aviation in the second week of March within the scope of the country’s fight against the coronavirus outbreak, are set to restart Aug. 22 following a five-month hiatus.

Anatolian Hot Air Balloon Operations Association (ASBID) Chairman Tevfik Ölmez said that they are very happy with the decision to resume the tours, noting that, however, there will be some restrictions in order to comply with the regulations put in place against the virus' spread.

Accordingly, each company will operate one balloon, and a total of 27 balloons will be used for the tours in a controlled manner by reducing the number of people and maintaining the social distancing rules.

Ölmez said that there was a high demand for the hot air balloon tours, including from the customers of boutique hotels across the region.

Talip Aldemir, the Cappadocia regional chairman of the Turkey Travel Agencies Association (TÜRSAB), said that as tours restart, touristic activity in the region will also resume.

He noted that some customers had canceled reservations because they wanted to go on the tours or photograph the balloons flying over the Ürgüp region, famous for its fairy chimneys.

Aldemir said they now expect an increase in the number of visitors to the region following this decision. According to the case numbers provided by the Health Ministry, Cappadocia is among the safest regions in the country, he added.

The General Directorate of Civil Aviation had previously announced that hot air balloon tours in the Cappadocia region were postponed until Oct. 1.