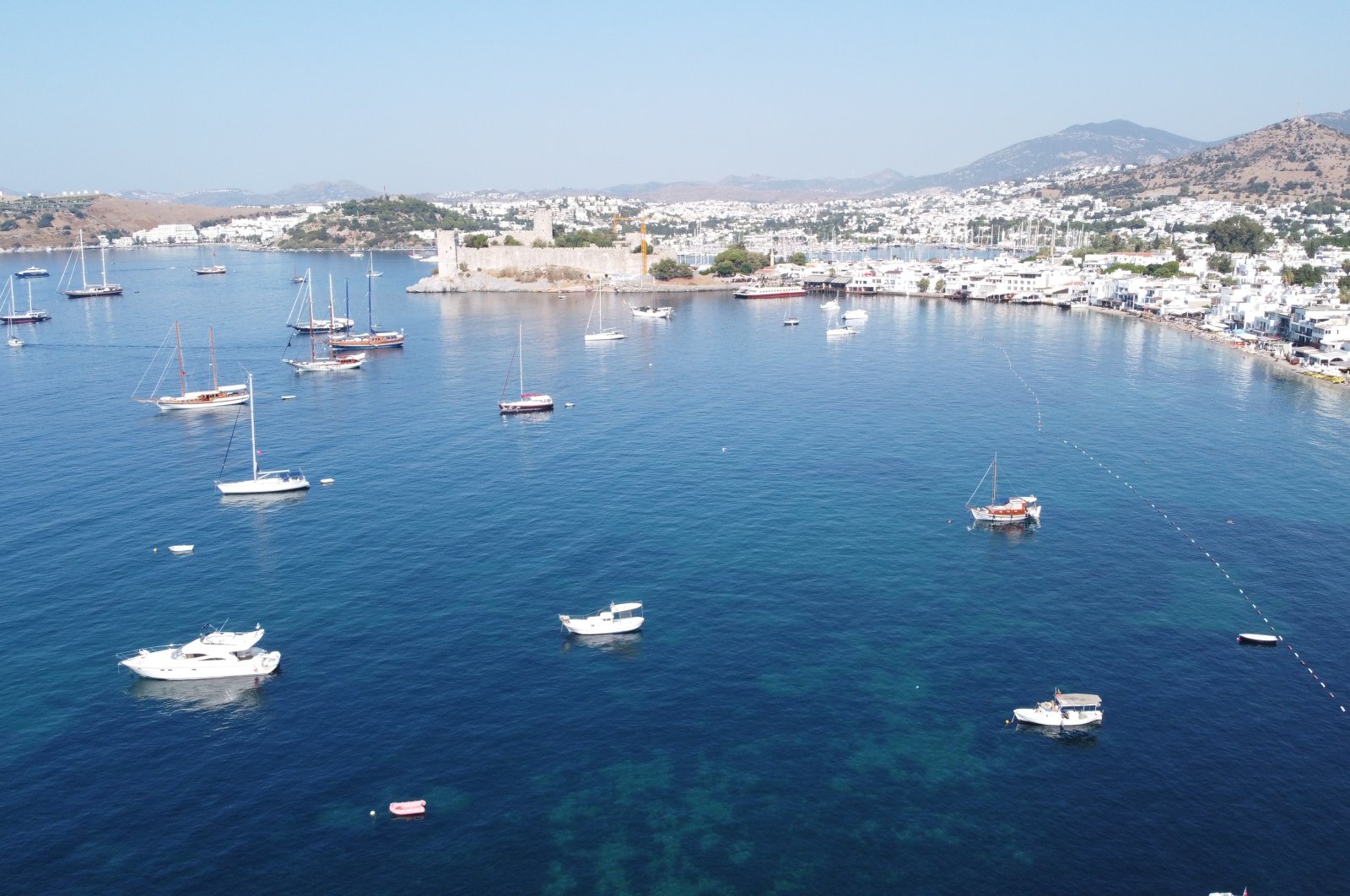 Tourists from Europe are left with very limited options for traveling abroad, and Turkey's Mediterranean coastline emerges as the safest and closest destination

Turkey’s popularity as a holiday destination has increased among European tourists in recent weeks after Germany and Britain issued a travel warning for Spain, pushing more tourists to opt for safer vacation options.

Turkey’s popular tourist destinations, including the southern resort city of Antalya and southwestern Bodrum, began to welcome foreign visitors last month with the resumption of flights from Ukraine and the U.K. The arrivals received a fresh boost following Moscow’s decision to allow Russian tourists to travel to Antalya, Dalaman and Bodrum directly. Tourism representatives now expect Germany’s partial lifting of its prior travel warning for Turkey to increase the number of arrivals even further.

The industry is particularly hopeful that German and British tourists, who had to cancel their travel plans to their favorite destination Spain, would opt for Turkey's Mediterranean coast instead.

On Friday, Germany followed in Britain’s footsteps and declared nearly all of Spain a coronavirus risk region following a spike in cases there.

"Among these options, Turkey is the safest and closest one. If there is no setback or sudden rise in cases, European tourists will head to Antalya," he said.

Chairwoman of the Hoteliers Association of Turkey (TÜROB), Müberra Eresin highlighted that the tourism sector in Turkey has taken more specific measures against the virus compared to its competitors.

She added that the changes made during the pandemic will serve as long-term investments for the future development of the sector.

"We are expecting to see the real signs of recovery in spring 2021 and already setting new targets for the next year," Eresin told Güneş.

In April, Turkey introduced the Safe Tourism Certification Program, launched by the Foreign Ministry, Culture and Tourism Ministry and Transport Ministry. The scheme covers a broad range of safety measures concerning transportation, accommodations and the health and safety of tourists and hospitality employees alike.

Meanwhile, the industry leaders began to make sounder estimations for the summer season as the arrivals from Russia and Germany begin.

Bentour General Manager Deniz Uğur said between 250,000-300,000 German and Russian tourists could visit Antalya every month but the German arrivals are expected to cover only 30% of the last year’s figures.

He noted the current arrivals from Russia are mostly those who made early reservations before the pandemic and added that as many as 3 million visitors could arrive if the current trend continues.

Taras Demura, head of TUI Group Russia, said at least 1.2 million Russians are expected to visit Turkey by November and the company have already sold out flight tickets to the country until the end of August.

The Russian market is key for tourism operators, as Turkey remains a favorite among Russian tourists despite the political ups and downs between the two countries.

Russian citizens accounted for 15.6% of all arrivals in Turkey in 2019, according to the Culture and Tourism Ministry. More than 7 million Russians visited Turkey last year, it said.

Their top travel destination was the resort city of Antalya on Turkey’s southern Mediterranean coast. The city hosted more than 5.5 million Russians last year, accounting for 35% of the total tourists visiting the city.

They also accounted for 7.3%, or over 130,600, of all foreign tourists who came in January of this year; however, most prefer to come after May.

Over 30,000 PCR tests conducted at Istanbul Airport since July

As arrivals and departures started to increase, the Turkish government stepped up screening measures at airports. More than 30,000 coronavirus tests have been conducted for passengers at Istanbul Airport since July 6.

The number of polymerase chain reaction (PCR) tests conducted at the travel hub increased along with new requirements of some countries to provide negative test results before boarding. The center is currently conducting around 2,000 tests on passengers daily.

The swab samples taken from the throat and nose of passengers are processed and examined in laboratories located at the airport terminal and the results are delivered to passengers within five hours for TL 250 ($33).