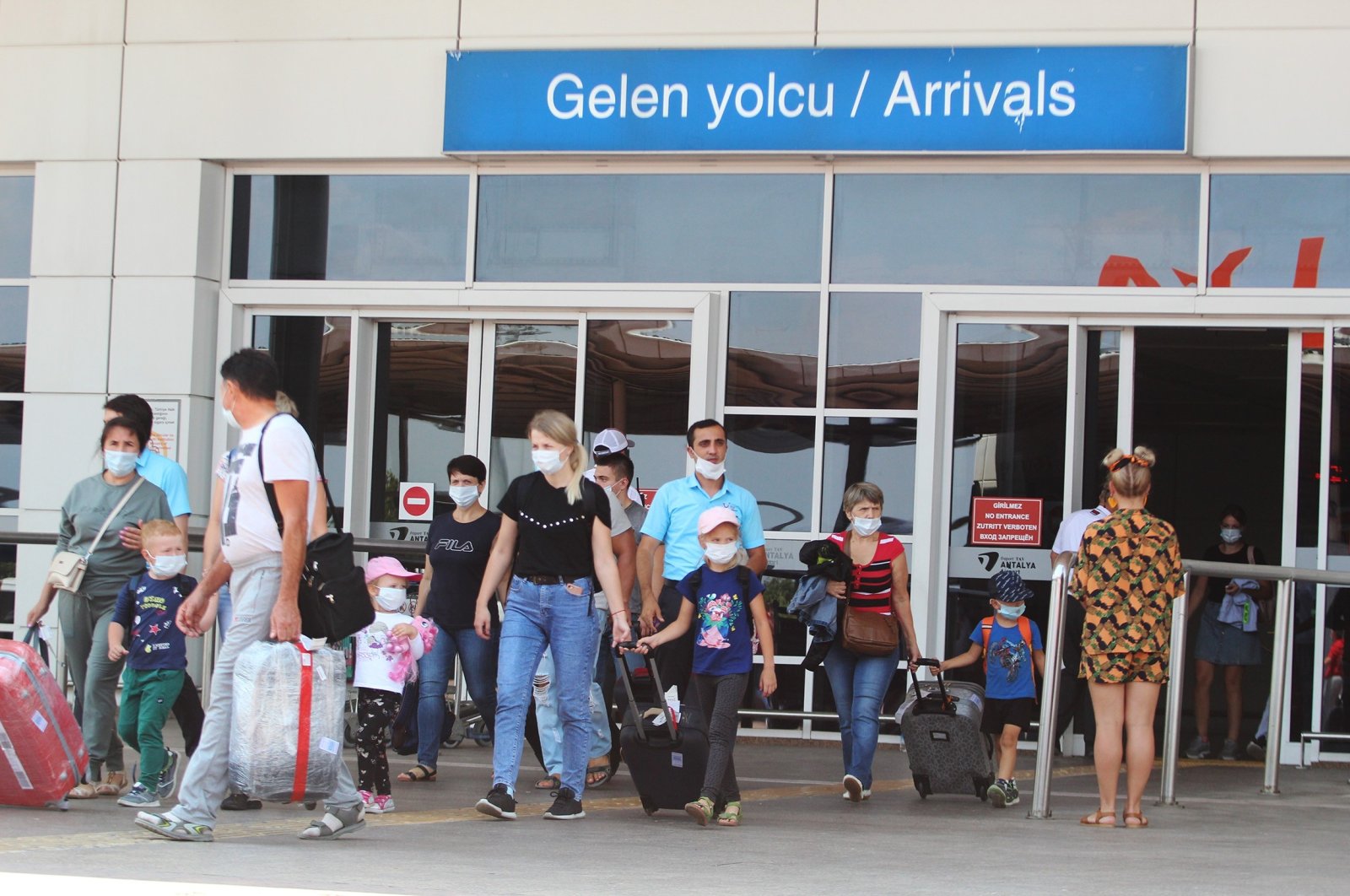 The number of foreign tourists arriving in Turkey's Mediterranean resort city, Antalya, has reached 1 million, with Ukrainians taking the lead.

As international flights resumed to the city, which has established itself as a safe holiday destination amid the coronavirus pandemic, the number of tourists has begun to soar.

City Council Tourism Working Group Chairman Recep Yavuz told reporters that the tourism sector is undergoing one of the most difficult periods in history due to the COVID-19 outbreak. He added that travel warnings issued by countries are the most significant obstacle for the sector.

Antalya has been struggling against restrictions during this period like other popular destinations, including Mallorca, northern Spain, Croatia, France and Bulgaria, Yavuz added.

Last year, about 15.5 million tourists visited Antalya, setting an all-time tourism record with visitors coming from 193 countries, according to official figures provided by the provincial authorities.

Yavuz said Turkey successfully promoted and implemented the Safe Tourism Certification Program, which, according to him, is one of the reasons tourists prefer Antalya over other places.

The Safe Tourism Certification Program was launched by the Foreign Ministry, Culture and Tourism Ministry and Transport Ministry. The scheme covers a broad range of safety measures concerning transportation, accommodations and the health and safety of tourists and hospitality employees alike.

According to the World Tourism Organization (UNWTO) 2019 data, Turkey ranks sixth in the world in terms of the number of tourists and 14th in terms of tourism income, with the sector accounting for around 12% of the nation's economy.

Tourism revenues hit $34.52 billion and nearly 52 million visitors arrived in the country last year, a rise of 13.7% from 2018. Of those, foreigners constituted 86.2% of the total and Turkish citizens residing abroad 13.8%, according to the Turkish Statistical Institute (TurkStat).