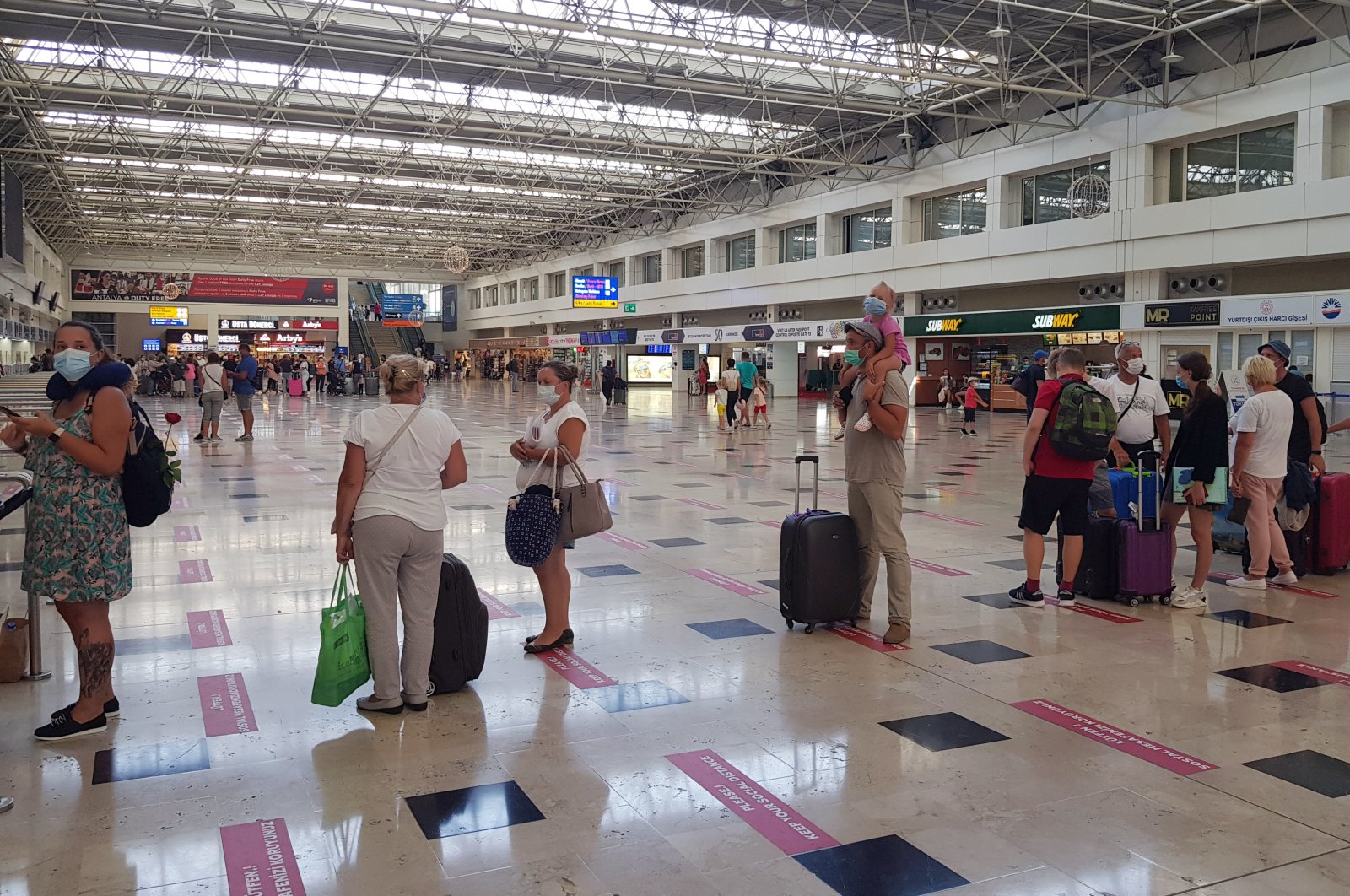 Tourism activity, which came to a halt in March when the first coronavirus case was reported in Turkey, gained momentum in July when the country initiated a normalization process. Accordingly, the number of tourists coming to Turkey’s southern Antalya province on the Mediterranean has exceeded 1.5 million since January, with the majority visiting the city in recent months as international flights started resuming worldwide.

Russians ranked first among the foreign visitors with 381,000 arrivals followed by 323,000 tourists from Germany.

Antalya received a historic number of tourists last year and in the first two months of 2020 before the flights were suspended worldwide due to the pandemic. International flights to the city initially began with Kazakhstan and Ukraine on July 1. Now, flights from 121 provinces in 32 countries have resumed to the city, according to airport managers.

Deniz Varol, one of the co-general managers representing the two operating companies of Fraport TAV Antalya Airport told Demirören News Agency (DHA) that Uzbekistan’s Tashkent and Bulgaria’s Varna became the latest destinations from where the direct flights resumed to Antalya. Flights will start from Latvia in the coming days, as well, Varol said.

Varol noted that approximately 1.2 million tourists have entered Antalya since July, referring the numbers as a sign of success for the industry during a time when the effects of the pandemic still linger in countries’ tourism sectors.

He added that some 38,000 passengers have been tested for coronavirus at the Antalya Airport test center since July 1.

Explaining that the country earned a good reputation among tourists as a safe destination during the pandemic due to the measures taken by the Health Ministry and by following international aviation standards, Varol said that they have highlighted the steps taken against the virus in Turkey on every platform. Steps taken in all areas from the country's airports to hotels have assured travelers that the country is safe.

A total of 220,000 passengers arrived in Antalya only in the first week of September, Varol said, which shows the vacationers’ trust in those measures.

Bilgehan Yılmaz, who is also the co-general manager of the airport’s operating company, said the sector achieved around 40% mobility in international flights as compared to last year.

"Although it was a low figure compared to last year, we could not imagine these two months ago,” he said, noting that the country has recorded a rapid return to normal.

The mobility in the Russian market, which takes the lion’s share in terms of the Turkish tourism industry is at 55%-60%, Yılmaz said, which was achieved only after Aug. 10, when the flights restarted with that country.

Our two main markets, Russia and Germany, make up 60% of our current traffic,” he added.

He noted that, however, they do not expect to see 60% mobility in the German market, as Ukraine seems to have taken Germany’s place this year. The U.K.’s share is also growing, he said, which was only positively affected when London removed some destinations, including France, Spain and a few Greek islands from its tourism program.

The number of domestic and international arrivals in Antalya Airport between July 1 and Sept. 8 was recorded as 345,641 and 1.1 million respectively, according to airport data.

During the first eight months of the year, meanwhile, some 1.6 million international arrivals were recorded along with 1.5 million domestic arrivals, making the total number of visitors 2.7 million.