Over 23,000 Russians arrive in Antalya on 1st day of flight resumption 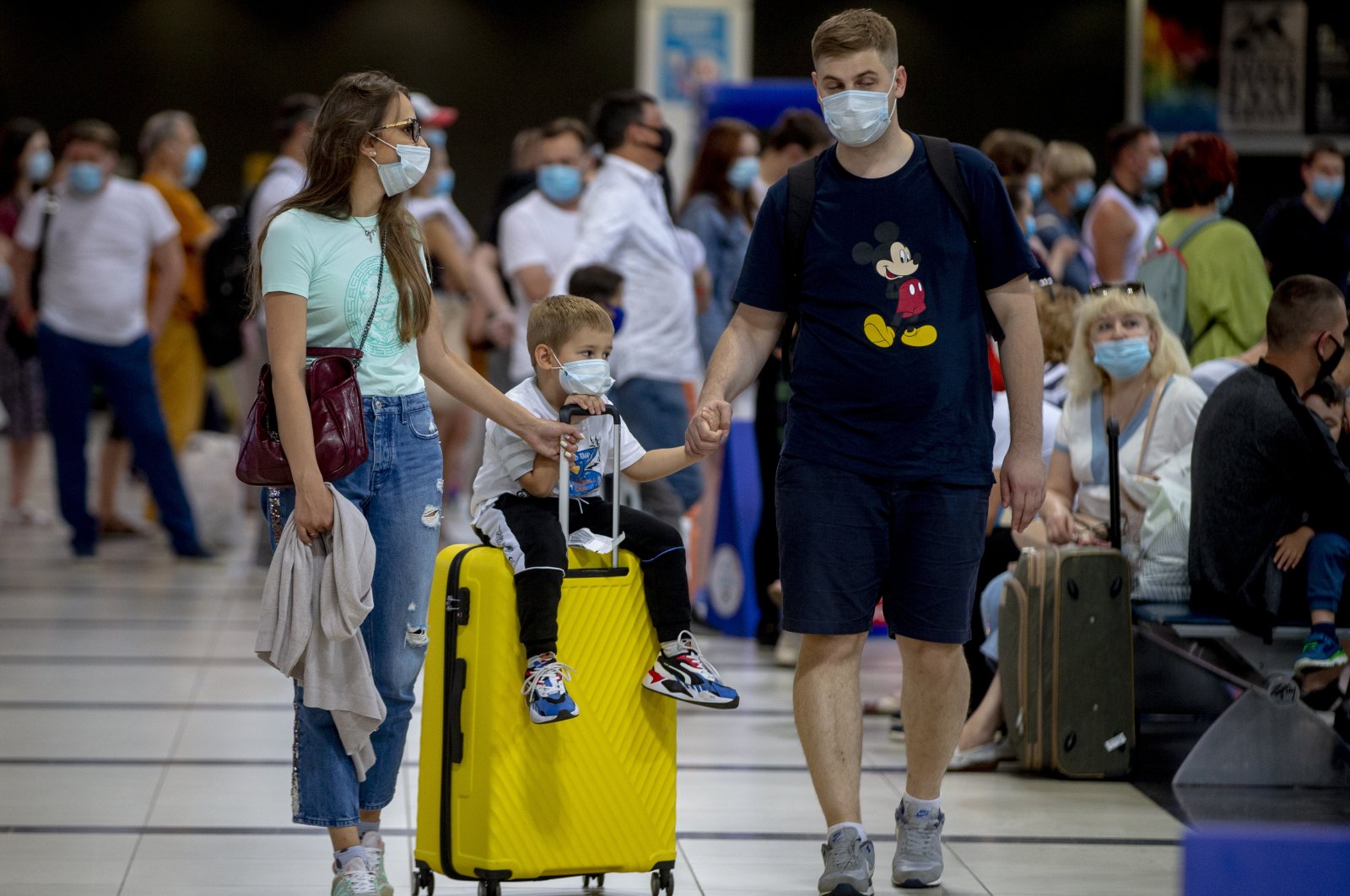 More than 23,000 Russian tourists arrived in Turkey’s southern Antalya province on the first day of the resumption of flights from Moscow after a five-month hiatus due to the coronavirus pandemic.

Eighty flights from Russia arrived at Antalya Airport on Monday, bringing thousands of visitors who have been waiting for air travel to reopen for the summer holiday.

Maya Lomidze, chairperson of the Association of Russian Tour Operators (ATOR), said up to 5 million Russians are expected to book holidays abroad and Turkey remains a popular destination for them.

“Turkey will be the leading country in this year's overseas holidays,” Lomidze said during a press meeting in Moscow, where she spoke on the virus’ impacts on the tourism sector.

Noting that flights between Russia and many other countries were still closed, Lomidze said: "We do not yet know with which countries flights will be resumed. However, people take advantage of the fact that flights have started in Istanbul, from where they can go on to various destinations.”

Turkey ranked first among countries visited by Russian nationals for tourism last year with nearly 7 million coming to the country, and their top travel destination was Antalya. The city hosted more than 5.5 million Russians in 2019, accounting for 35% of its total tourists.

Recent reports indicate the number of Russian tourists arriving in Turkey could hit 4 million this year now that flights have resumed.

Turkey’s national flag carrier Turkish Airlines (THY) and low-cost carrier Pegasus Airlines are among the companies to have flights from Russia to Antalya, Dalaman and Bodrum.

Erkan Yağcı, the head of the Union of Mediterranean Touristic Hoteliers and Operators (AKTOB), told Anadolu Agency (AA) that the arrival of the Russians will throw a lifeline to the city’s economy, which has been hit hard by confinement measures.

“As a sector, we made an important effort to implement the Safe Tourism Certificate Program. So, seeing the flight arrivals has been pleasing for us,” Yağcı said. He added that the momentum gained by the resumption of Russian flights will further increase mobility in upcoming weeks.

Meanwhile, Professional Hoteliers' Association (POYD) Chairman Ülkay Atmaca said that the high number of arrivals from Russia on Monday signaled a successful start to the summer season for Antalya.

“Russians enjoy traveling. They also love Antalya's nature, cultural heritage, sea and beaches,” Atmaca said, adding that they have been receiving an increasing number of reservations from Russia in the last 10 days.

Atmaca noted that the industry is beginning to see the fruits of the health measures taken against the COVID-19 pandemic with more tourists choosing Antalya as their “safe-to-travel” holiday destination.

Turkey recently introduced the Safe Tourism Certification Program, launched by the Foreign Ministry, Culture and Tourism Ministry and Transport Ministry. The scheme covers a broad range of safety measures concerning transportation, accommodations and the health and safety of tourists and hospitality employees alike.