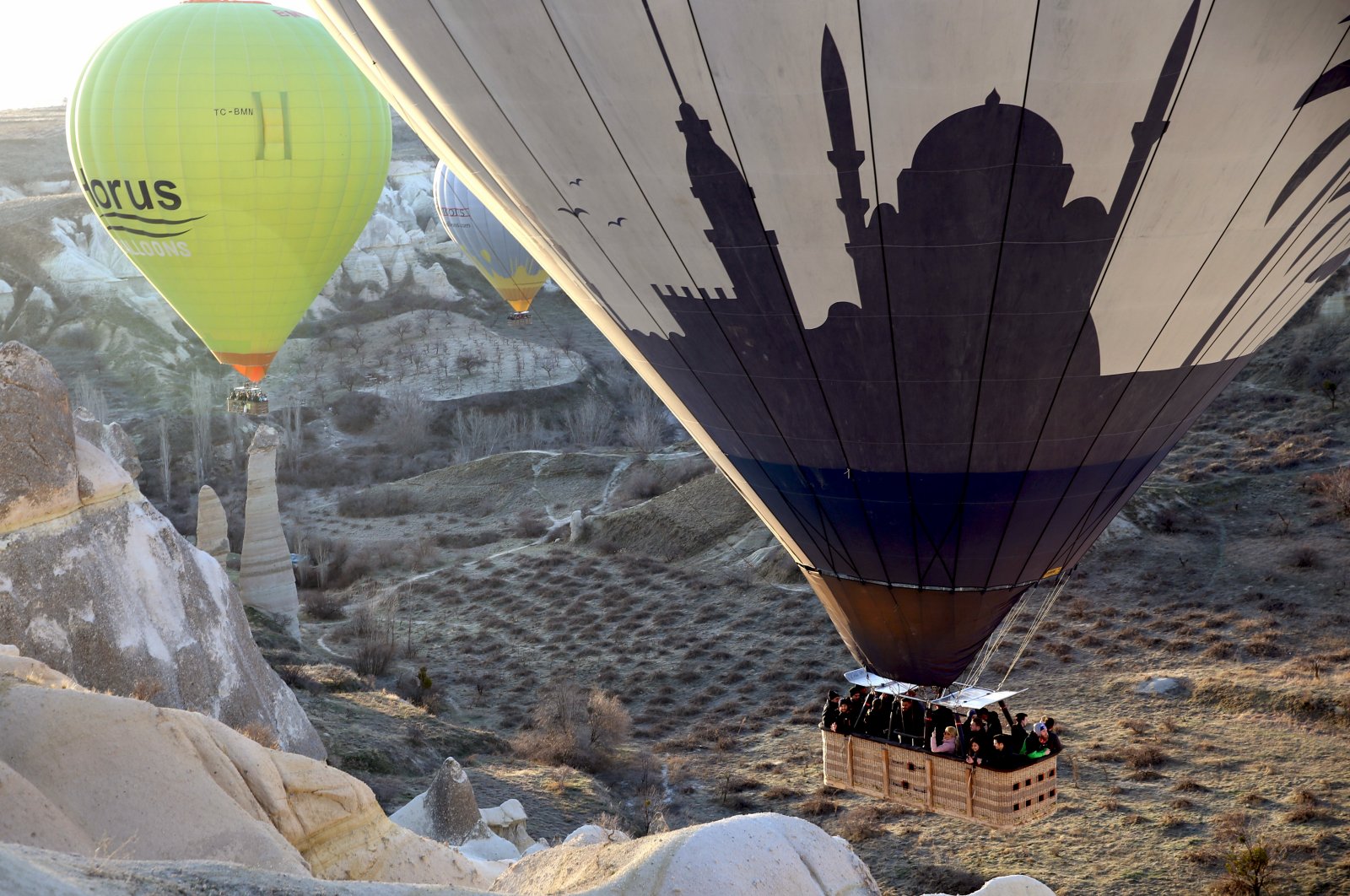 More than 2 million tourists have had a chance to enjoy the breathtaking landscape of Turkey’s Cappadocia by flying in hot air balloons over the last five years.

Lying in Central Anatolia's Nevşehir province, Cappadocia has become a popular destination worldwide in recent years with its famous underground cities and its "fairy chimney" volcanic cones, hot air balloon trips as well as houses carved into rocks, churches, chapels and shelters used during the early years of the Christian faith.

Preserved as a UNESCO World Heritage site, the region has seen the number of tourists visiting the museums and ruins go up from 2.61 million in 2015 to a record-high 3.83 million in 2019.

Out of around 13.1 million tourists that arrived over the last five years, 2.2 million joined hot air balloon tours, enjoying the sight of unbeatable rocky landscapes and historical and natural wonders of the regions of Göreme, Uçhisar, Zelve and Ortahisar. The figure reached its peak at 585,582 last year.

Süslü told Anadolu Agency (AA) that the balloon industry provides a significant contribution to employment and the economy.

Balloon pilot Fatih Yılman noted interest in tours was growing each year, noting that reservations have been made weeks before the flights.