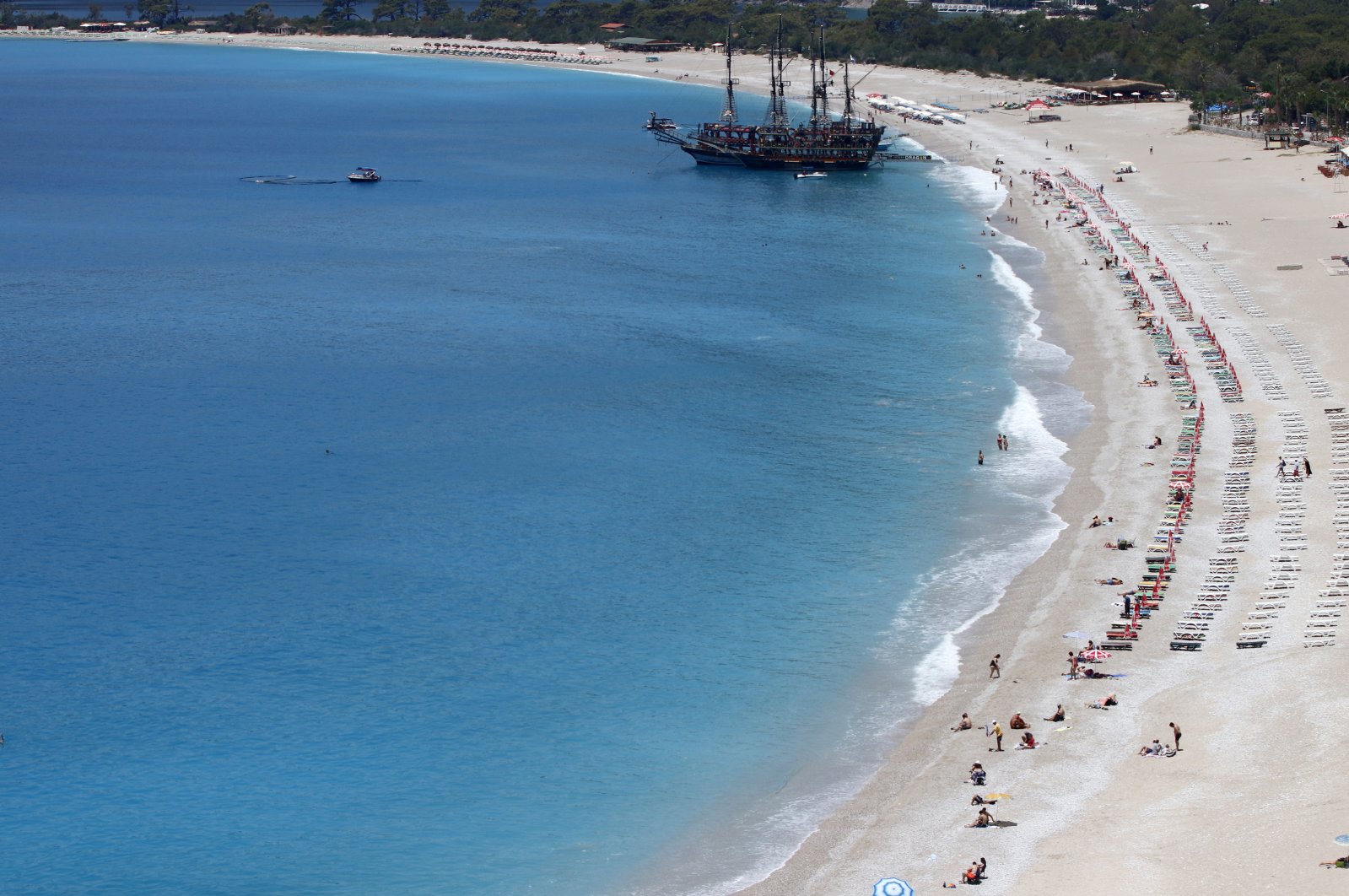 Current reservations are said to have been coming from the U.K., Germany, the Netherlands and Balkan countries, while most pre-season bookings were postponed rather than canceled

In line with the gradual easing of restrictions imposed to stem the tide of the coronavirus pandemic, Turkey has started to receive new holiday bookings, with tourism industry representatives targeting a 70% occupancy rate for July.

Turkey has allowed for the reopening of hotels and other touristic spots, last week resuming domestic flights and intercity travel last week. The country is set to open its doors to foreign tourists as of mid-June.

Hotels countrywide continue preparations in line with the notice on mandatory measures issued by the Culture and Tourism Ministry and have been redesigning their facilities to ensure social distancing at buffets, beaches, lobbies and pools.

“Some of those who couldn’t make it in April and May have moved their bookings to the next year. Some have postponed it to July and August this year. Currently, reservations are coming from the U.K., Germany, the Netherlands and the Balkan countries,” he added.

If rapid normalization occurs, July and August will mark the high season, Özden, who also serves as the Chairman of Kuşadası Hoteliers and Investors Association (KODER), said.

“We think that many of the losses can be recovered during this period. Of course, we had many losses. It is not possible to cover them all this year. I think a 70% occupancy in July could be a good start,” he noted.

He also added that hotels would determine their capacities according to social distancing measures and that if businesses had enough space, they could go through the season at 100% capacity.

Turkey ranks sixth globally in terms of tourist arrivals, with the sector accounting for around 12% of the nation's economy. The number of foreigners visiting the country plunged 51% on an annual basis to 4.3 million from January to April this year. According to Culture and Tourism Ministry data, this was down from 8.7 million in the same period last year.

The "healthy tourism certificate" program introduced recently by the Culture and Tourism Ministry aims to convince travelers that despite the pandemic, Turkey’s beaches and historic treasures will be safe to visit this year, with rigorous checks on airlines, local transport and hotels.

“We do whatever it takes for them to spend their holidays in peace, health and safety,” Özden said. “Hotels have already been working in accordance with health and hygiene rules and were employing food engineers. Therefore, they come to the fore as the most experienced and prepared sector. I think we will go through this process quite easily” he added.

Özden noted that they would measure guests' temperatures at the hotel entrance and keep a record of these. “Social distancing alerts will be everywhere. One-and-a-half-meter social distancing will be enforced at pools, beaches and restaurants,” he said, adding they would also keep all records of their staff and look into their medical histories before hiring. “It will be monitored regularly. Inspections will also be carried out often,” he added.

Hotels in Turkey’s famous Mediterranean resort city of Antalya sent millions of letters to Turkish and foreign tourists who have visited the town in previous years as part of an effort to revive the post-lockdown tourism sector.

The personal letters, titled “#SunAndMore” and written in Turkish, Russian, English and German, have been sent to 23.5 million tourists that have stayed in hotels in Antalya and its famous resort town of Alanya, according to the Mediterranean Tourism Hoteliers and Operators Association (AKTOB).

In letters, hotels urged tourists to stay at home until the pandemic subsides and invited them back to the city afterward. It was not too long before some recipients responded back to letters and express their wishes to return to the Mediterranean resort city for the summer.

Martina Mic, a German citizen living in Brunswick, said in a video recording he has sent that he was initially planning to spend his summer vacation in Alanya as usual but had to cancel due to the pandemic. Mic said he has rescheduled his travel plans for September and added he was confident that Turkey was taking necessary measures to ensure tourists’ safety. “Stay healthy, we will meet again,” Mic said.

Bremen-resident Benedikt Pröhl was among others who have responded to the call and said he and his family already purchased flight tickets to return back to their “second home” in Alanya in the beginning of July.

“We have been spending a couple of weeks in Alanya each year for about 10 years now. We have been very pleased with the town’s location, its beaches and surroundings and felt so comfortable there that we even bought our own house,” Pröhl said.

For Spanish national Valencia Finestrat, Alanya is more than a tourist destination. The 65-year-old woman purchased an apartment when she traveled to the resort town in 2014 and ended up living there for years.

“Alanya has many wonders to offer. From stone and wood carvings to a Christmas market; it has a wonderful atmosphere,” Finestrat said. She said her family had to move back to Spain for personal reasons but are already planning to spend their next holiday back in Alanya. “We have missed this clean and magnificent city and our Turkish friends so much,” she said.