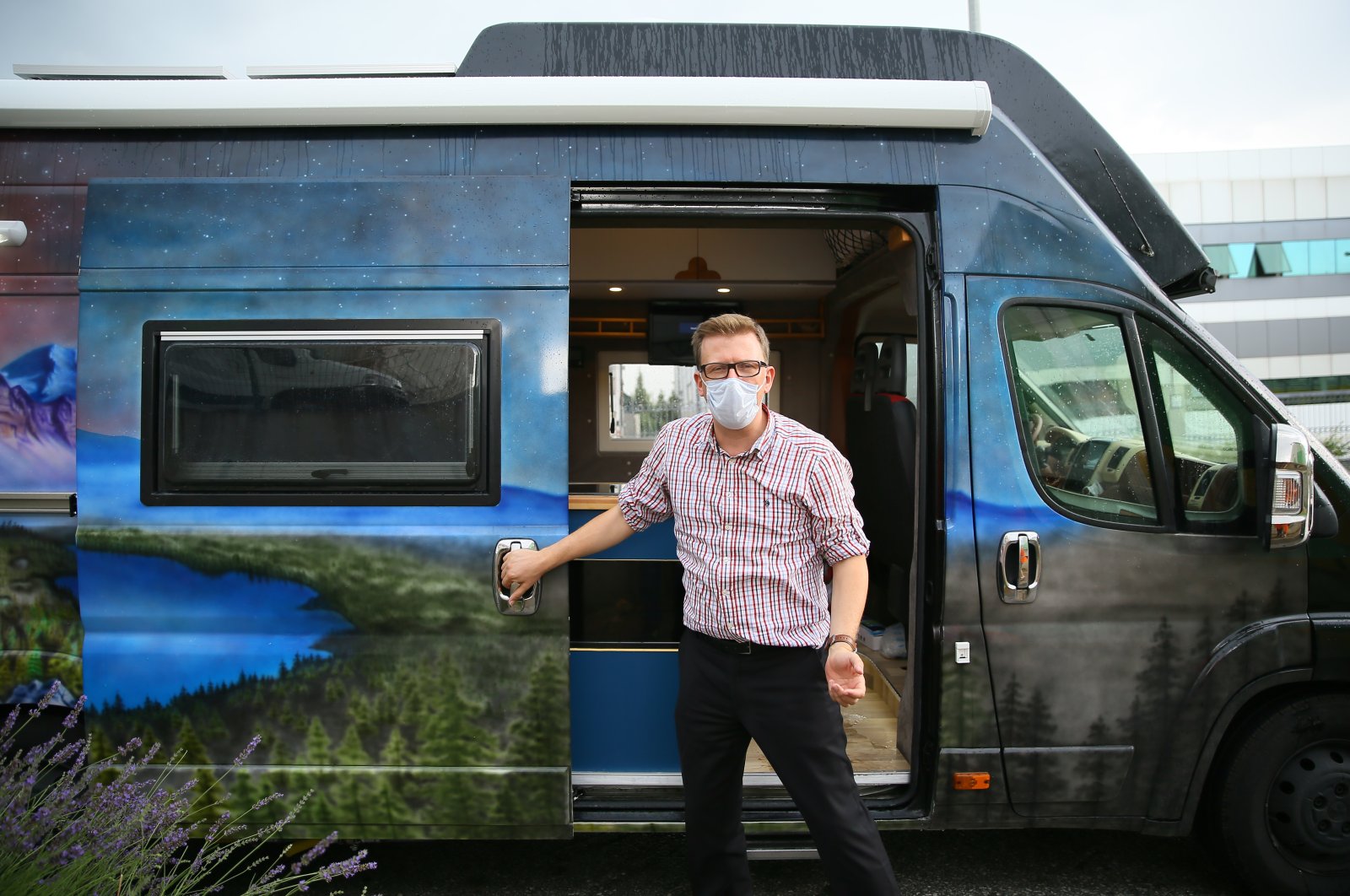 Yüksel Sipahi, who owns a caravan, recommended these vehicles to everyone especially during the pandemic.
by DAILY SABAH WITH AA Jun 26, 2020 12:18 pm
RECOMMENDED

Demand for caravans has shot up recently due to the coronavirus outbreak that has brought many changes to the tourism sector. Caravans allow vacationers to practice social-distancing rules without having to delay their holiday plans. Caravan manufacturers are now working overtime to meet the rising demand.

Zafer Urundaş, who has been manufacturing caravans for five years in the Menderes district of western Turkey’s Izmir province in the Aegean coastline, said in an Anadolu Agency (AA) report published Friday that the COVID-19 and the social-distancing or isolation practices have fueled demand for caravan tourism.

“Campers are alternatives for isolated vacation,” he said, noting that the industry was already popular in Turkey and now with the outbreak, the interest has grown further.

“There is an incredible rise in demand. People now want to be in nature with their caravans,” Urundaş said.

Urundaş pointed out that the delivery time of the vehicles is longer due to this intense demand and is even extended up to five months.

“If we do not have a special request, we can deliver a vehicle, which we have come to produce, in 40-45 days. We have difficulty in catching up with demands,” he said, explaining that one of the reasons in falling short to meet demand is also the fact that it is a new sector and there is no enough trained personnel.

Urundaş went on to say that they are also designing panel vans brought by the customers in accordance with their requests.

Stating that the cost varies according to the design, Urundaş said, "If manufacturing is done using imported materials, prices start from about TL 90,000 ($13,128).”

For a vehicle that includes solar energy system, wall system, ambient heating, the conversion from panel van to caravan costs around TL 100,000 to TL 110,000, he added.

Urundaş also drew attention to the fact that there are not enough stations where the waste tanks of the caravans can be emptied, which is a problematic issue that needs to be dealt with.

Also speaking to AA, Yüksel Sipahi who owns a caravan stated that the camping has gained popularity due to the new type of coronavirus and that he recommends this type of vehicle to everyone who has the opportunity.