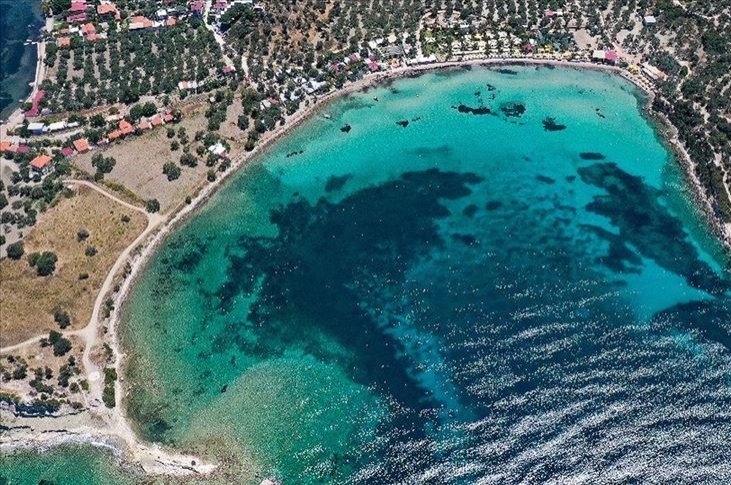 Occupancy rates for hotels that reopened their doors with the normalization process following a break due to COVID-19 in Turkey’s resort towns in the Mediterranean and the Aegean have reached pre-pandemic levels for the Qurban Bayram holiday, also known as Eid al-Adha, the chairman of the Turkish Travel Agencies Association (TÜRSAB) said.

TÜRSAB Chairman Firuz Bağlıkaya said the occupancy rates of rented villas and boutique hotels located in Kaş, Kalkan, Adrasan, Bozburun, Datça, Fethiye, Bodrum and Marmaris on the Mediterranean coastline along with Çeşme on the Aegean have been at 100% capacity since the beginning of July.

Bağlıkaya, however, told Anadolu Agency (AA) that the major source of this demand in resort towns is domestic since no other markets other than the U.K. and Ukraine have started sending tourists to the country.

Approximately 15% of hotels in Istanbul have reopened, while in regions popular with tourists, it is close to 40%. The occupancy rate of Istanbul's reopened hotels seems to be at good levels, especially in boutique hotels, apart-hotels and villa rentals, meanwhile, Bağlıkaya said, the occupancy in the city's high-capacity areas with high-star facilities is still not at the desired level.

Bağlıkaya said that according to a survey made by the TÜRSAB, the pandemic process increased the motivation of people for traveling and spending time in holiday resorts by almost 20%, while people now care more about hygiene and security rather than prices.

The domestic tourists are mostly from Istanbul, the capital Ankara, western Izmir, northwestern Bursa and southern Mersin provinces, according to the survey.

Bağlıkaya noted that the Aegean region has led the domestic demand during this process while the Mediterranean, the northern Black Sea and Marmara regions follow it.

Some 65% of those who go on holiday prefer vacations near the sea, while “15% of them go to their hometowns, 5% prefer culture tours and 5% prefer nature tourism,” he added.

Bağlıkaya, meanwhile, noted that they expect a 70% loss in foreign tourism over the course of 2020 with around 16 million tourists and $10 billion (TL 70 billion) in revenue.

He, however, underlined that London’s decision to implement a mandatory quarantine for vacationers arriving from Spain may inspire British tourists to try alternatives like Turkey, as the U.K. has no required quarantine for arrivals from Turkey.