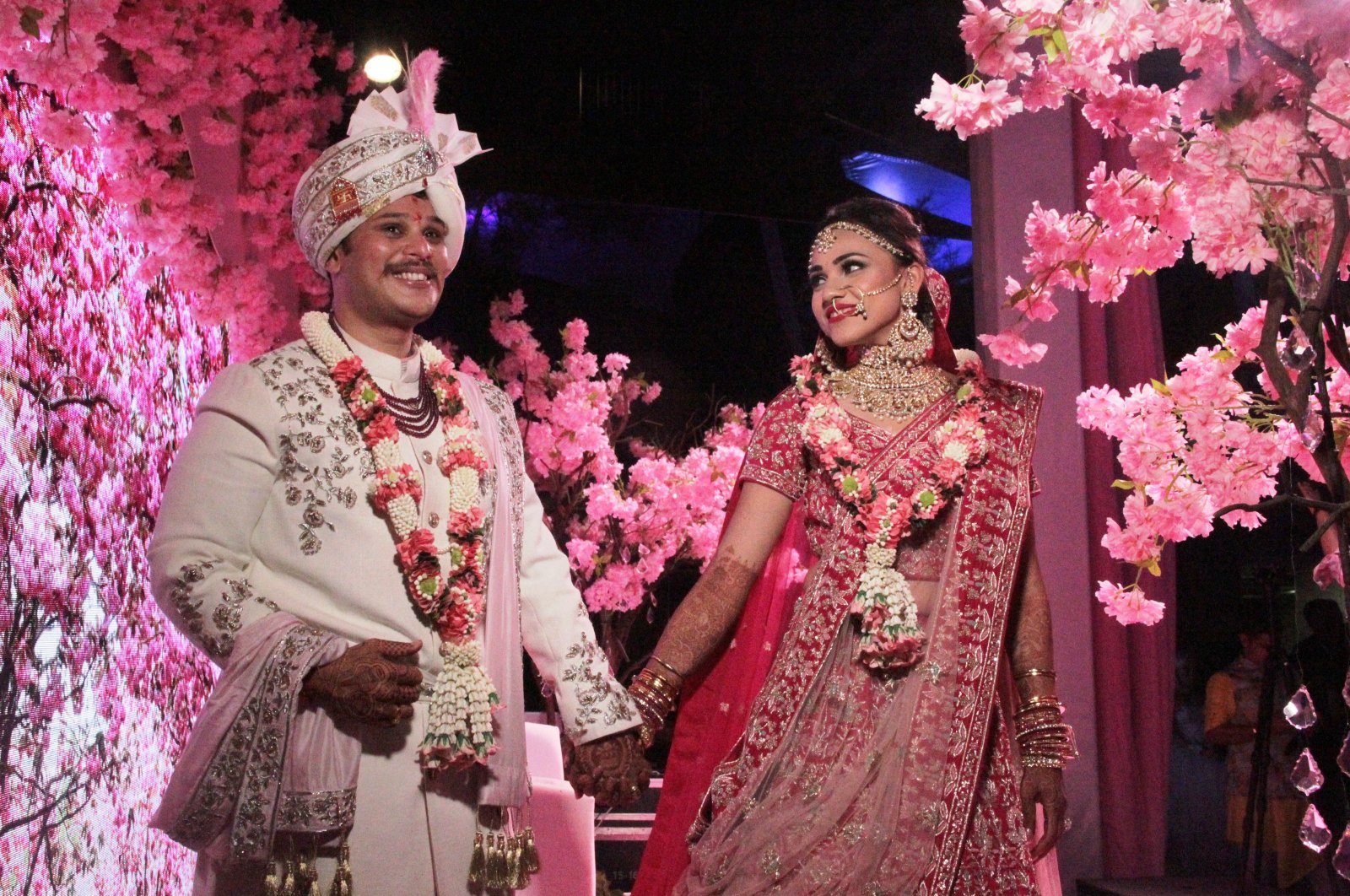 Turkey's resort city of Antalya, a frequent favorite with Indian couples looking to tie the knot in lavish, million-dollar wedding ceremonies, is once again looking to welcome couples as coronavirus restrictions are eased.

In the last few years, more and more Indian couples have enjoyed grand weddings, accompanied by the summer breeze of Turkish resort cities in the country's south and southwest. Although the COVID-19 outbreak has temporarily halted such events, many Indian families have postponed their wedding reservations made before the virus hit, choosing not to cancel their plans.

With the virus under control, Turkey has recently eased restrictions and relaunched its tourism season. It is gradually resuming flights and opening health-certified hotels, despite a number of strict measures in place.

Meticulous preparations are now being made in Antalya, for the protection of guests' health, so that they and their family members feel at ease.

Indian weddings, which normally attract attention due to their high budgets, will take place this year in line with hygiene and social distance requirements.

Bünyat Özpak, the co-founder of Inventum Global, one of the leading representatives of the Indian wedding market in Turkey told Anadolu Agency (AA) that they expected air traffic to open in order to hold the previously booked weddings.

He said 90% pre-booked wedding arrangements had been postponed rather than canceled. Özpak added that they would hold the ceremonies only after the number of cases further decreased.

Özpak pointed out that they entered 2020 very quickly in terms of the sector and were expecting a record number of weddings, but that these hopes were dampened by the onset of the virus.

He said, however, they had still had a demand for the end of 2020 and the opening of 2021, adding that the Indian families loved Turkey a lot, even hiring private planes to arrive at the country.

An Indian family living in Indonesia will hold a wedding with almost 1,000 guests in Antalya in December, he noted, saying the family had already paid their deposit. The per capita spending on Indian weddings can exceed 7,000 euros ($7,878).

India, one of the two countries in the world with a population of more than 1 billion, ranks second in group events after the U.S. and first in wedding tourism. The expenses of these extravagant weddings range from $500,000 to hundreds of millions of dollars.

Thailand, located close to India, holds the biggest share of these weddings, followed by Malaysia and Singapore. Dubai, on the other hand, has increased its share rapidly in recent years.