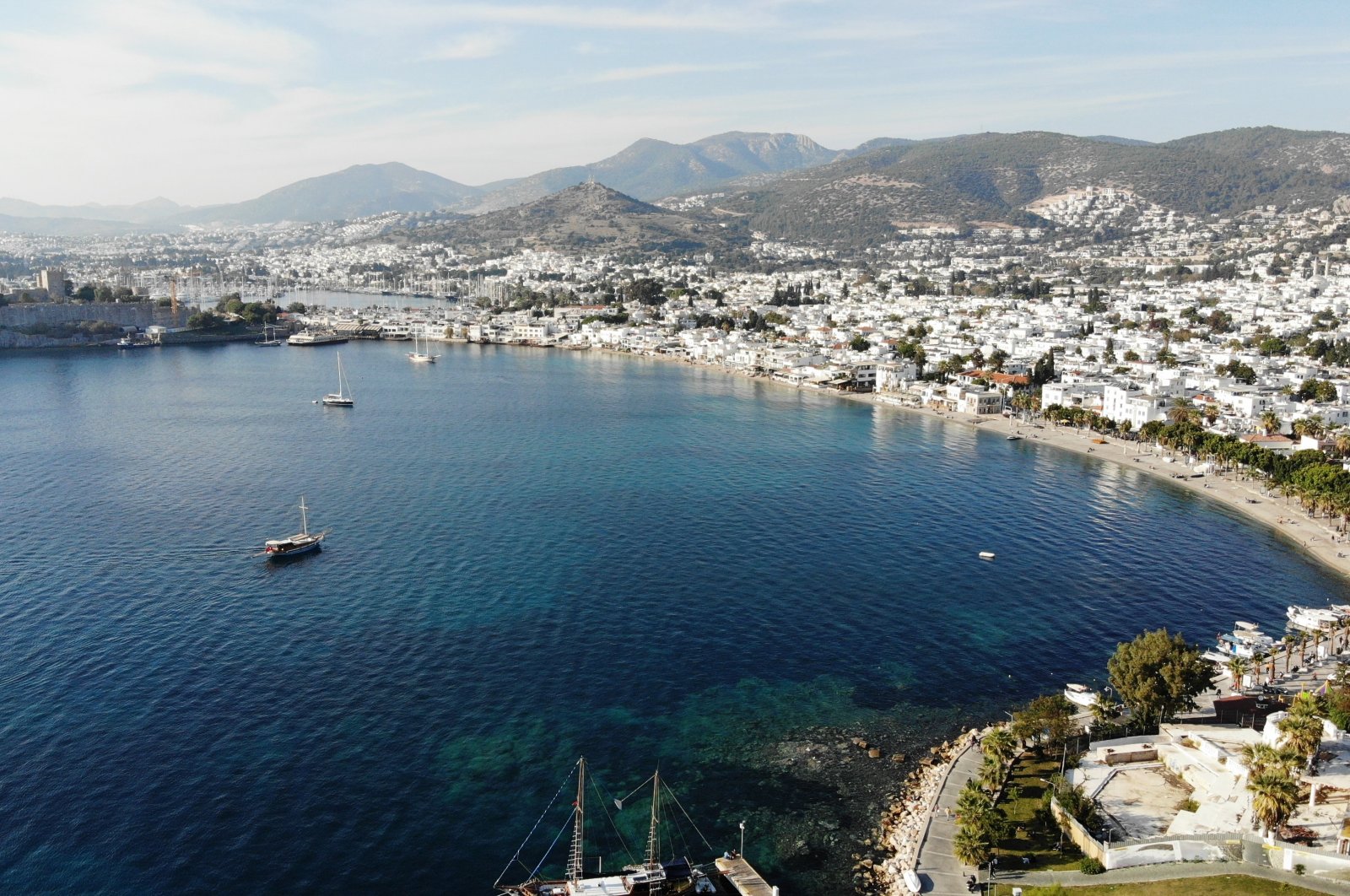 Turkey's famous resort city of Bodrum, located in the Aegean province of Muğla, is working to attract a million more foreign visitors through agritourism, its mayor said.

Agriculture is an essential field for Bodrum, said Ahmet Aras, who is also the head of Bodrum Promotion Foundation (BOTAV), in an interview with Anadolu Agency (AA) Wednesday.

"Very important developments are taking place in Bodrum for the development of agriculture and value-added production. We aim to diversify tourism by integrating tourism and agriculture," Aras said.

The mayor noted that the city's municipality established an agricultural department and organized a workshop for creating a five-year agricultural development plan in recent months.

"Agriculture is a strategic field, especially during the pandemic period; it has much more importance than the manufacturing and tourism fields," the mayor underlined.

The municipality and BOTAV determined Bodrum's high value-added products and then began working on creating an ecological and agricultural tourism environment, Aras said.

In this regard, he continued, producers are being supported by the municipality with grants, free agricultural lands and consultancy.

For example, Bodrum's mandarin has aromatic value and its essence is used for producing cologne and some snacks.

The city also has a 3,000-year history of olive production and deep-rooted olive oil factories.

Tourists can stay in these facilities and spend time in botanic gardens and agricultural fields, Aras added.

"Due to the pandemic, people now want to go to gardens and farms. The trend toward organic products has increased a lot since the global (coronavirus) outbreak," he recalled.

"Bodrum is not just sea, sand and sun; we have started to work on nature, agriculture, gastronomy and sports tourism," he added.

He stressed that Bodrum welcomes around 1.5 million foreign visitors annually and aims to host 1 million more as a result of the new projects.

He also said that the city expects the projects to add $1 billion in additional tourism income.

Serkan Ceylan, the general secretary of BOTAV, said the agriculture field has been vital to Bodrum for ages.

"The limited agricultural areas of the Bodrum peninsula are very suitable for agritourism and gastronomy.

"We have very important goals in terms of promotion, production and added-value products, together with all our stakeholders in the short, medium and long-term," Ceylan said.

The city's annual tourism income is between $1 billion and $1.5 billion.

By diversifying types of tourism, he said, Bodrum's tourism income will increase by 40%-50% in 10-15 years.

The country welcomed over 45 million foreigners last year and 39.5 million in 2018.

Despite the pandemic, the country hosted around 11.2 million tourists in the first 10 months of 2020, with 5.7 million arriving from August to the end of October

The 10-month figure was down 72.5% on a yearly basis, according to the Culture and Tourism Ministry data. Arrivals in October alone plunged 59.4% year-on-year to 1.74 million, the data showed.

The country has world-famous touristic destinations such as Istanbul, the Mediterranean resort city Antalya; winter getaways Bursa, Kayseri and Erzurum and the Aegean resort cities of Izmir and Muğla.

Turkey is also among the top 10 in global agricultural income and ranks first in Europe. Despite the pandemic, the country has continued to export several agricultural products all around the world.