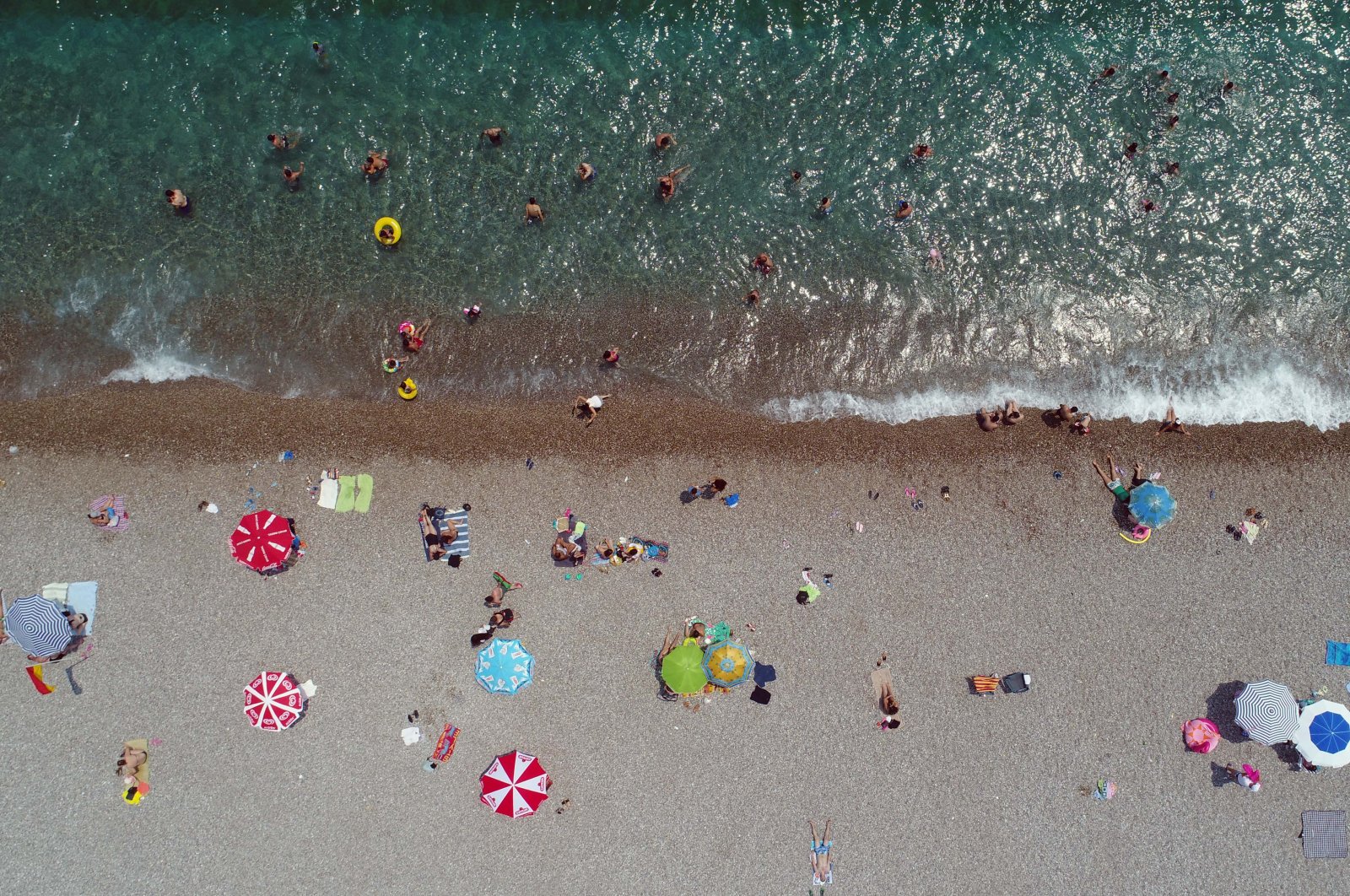 Tourism representatives in Turkey are hopeful that the resumption of flights from Russia will kick-start the summer season in resort towns with the return of tourists from the country.

Flights between the two countries relaunched on Aug. 1, following a hiatus brought about by the COVID-19 outbreak, with the first flights to the Turkish capital Ankara and the country's largest metropolis Istanbul. The first charter flights for Dalaman, Bodrum and Antalya on Turkey’s Mediterranean coast are scheduled for Aug. 10.

However, some Russian tourists have already traveled to Antalya and other holiday destinations via transfer flights through Istanbul and Ankara.

One of the passengers, Maslennikova Dilyara from Moscow, said she had come to Turkey for a 12-day holiday.

Dilyara said she would travel to the Cappadocia region – a UNESCO World Heritage site – in central Turkey after some time in Istanbul.

Erkan Yağcı, the head of the Union of Mediterranean Touristic Hoteliers and Operators (AKTOB), said the relaunch of domestic tourism saw its first revival in Antalya, with mobility further gaining momentum with the arrival of Ukrainian and British visitors after the resumption of flights from these destinations.

"However, Russia is the most important market for Antalya. The resumption will definitely bring back vital movement to the sector," Yağcı said.

Ülkay Atmaca, head of Turkey’s Professional Hotel Managers Association (POYD), said that the four-day holiday, Qurban Bayram, or Eid al-Adha, had brought a significant degree of mobility back to the domestic tourism sector.

He noted that the arrival of Russian visitors would change the atmosphere in the resort city, saying: "Russians love vacationing in Antalya."

Some 7 million Russians visited Turkey last year, while reports this week said the number could hit 4 million this year following the resumption of flights between the two countries.

'Britons happy to vacation in Turkey’

Meanwhile, the U.K. Ambassador to Turkey Dominick Chilcott said British tourists had been very happy to spend their holidays in Turkey and praised the health standards in the country’s touristic facilities.

Chilcott told Anadolu Agency that the embassy has not received a single complaint from British tourists since the air travel reopened between the two countries on July 15.

Thousands of British tourists began to flock to Turkey’s touristic hotspots after the U.K. included Turkey on its list of nearly 60 countries and said it would ditch a 14-day quarantine period for people arriving from these countries, which it deems to be a lower risk for COVID-19.