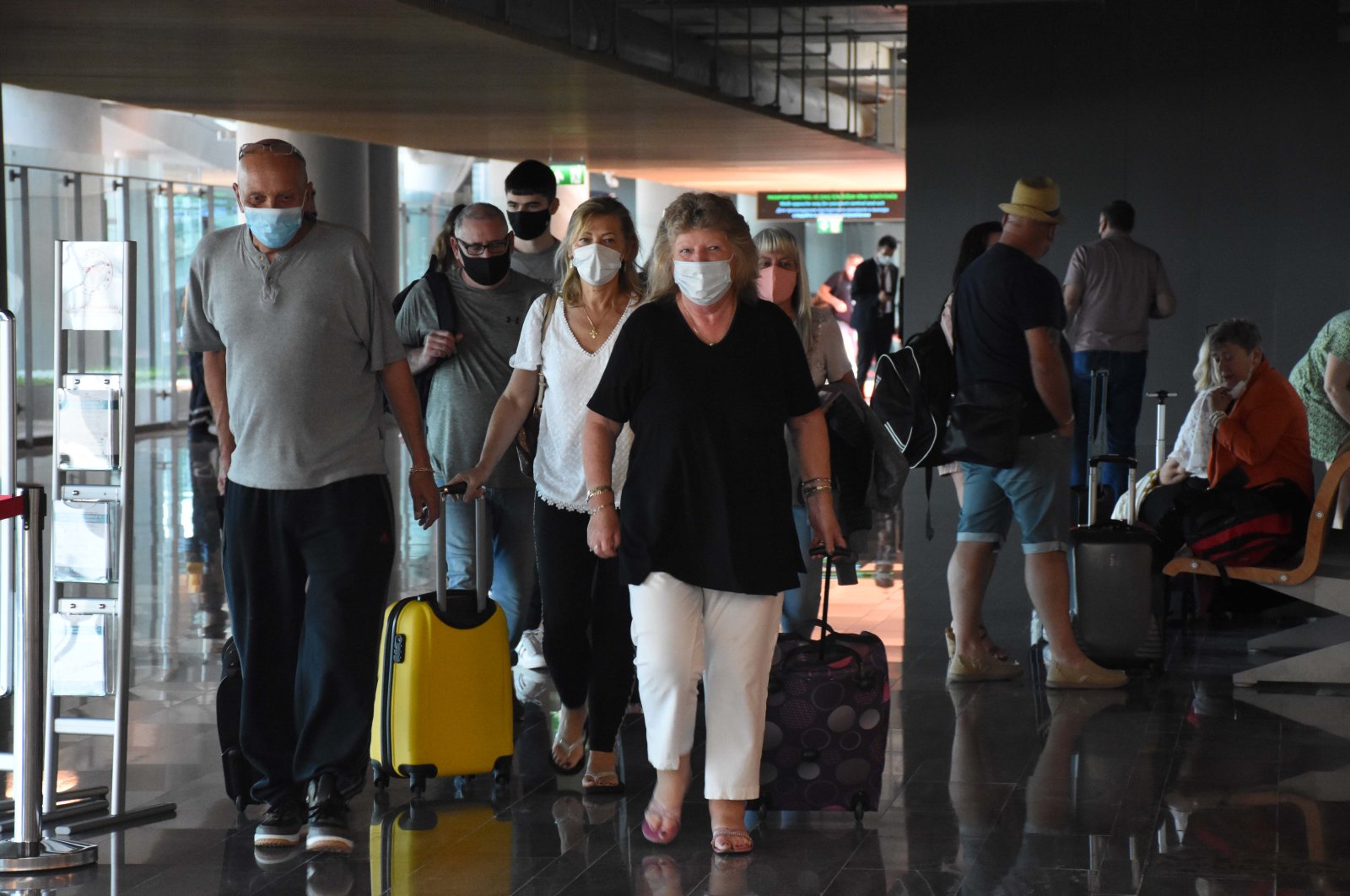 Holidaymakers say the top-notch measures taken against the coronavirus are what enable them to enjoy summertime in Turkey's resort cities, favorite destinations for the British in recent years

Steven Dawlo, who was among the very first British holidaymakers to grab a flight and arrive in Turkey this week after the coronavirus lockdown, says he finds Turkey safer than the U.K. His remarks were backed by another passenger and a frequent visitor to Turkey, Tommy Doffie, who says their arrival in the western Muğla province marked an end to a long waiting period.

The nearly three-month halt due to the COVID-19 outbreak came to an end Wednesday as the first charter plane from the U.K. carrying 189 British tourists arrived in the southern Mediterranean resort city of Antalya.

It came after the U.K. earlier this month included Turkey in its list of nearly 60 countries and said it would ditch a 14-day quarantine period for people arriving from these countries it deems to be a lower risk for COVID-19.

Arriving British holidaymakers praise the measures taken by Turkey, to ensure a safe and healthy stay of tourists in the facilities and beaches.

Dawlo said they visit Muğla, which he says they love very much, at least two times per year. Dawlo told Anadolu Agency (AA) that they find Turkey much safer than the U.K.

Stretching along Turkey’s Aegean coast, Muğla is known for its historical remains, natural riches and beaches. It hosts millions of foreign visitors each year. The province welcomed around 1.14 million British tourists last year, up from around 1 million in 2018.

Doffie said Turkey has been his choice for vacation many times to date. He also stressed that he even bought a house in Muğla’s Marmaris district due to his love of Turkey. “We are very happy to have come to Turkey. We went through a very long wait process. I’m less safe in my home, I feel safer in Turkey,” he said.

The U.K.’s official pandemic death toll, which stood at more than 45,000 as of Friday, has for several weeks been the highest in Europe and the third-highest in the world behind the U.S. and Brazil.

Another British holidaymaker, Mark Roberts, points to what he said were well-implemented mask and social distancing measures in Muğla, where he arrived for the eighth time.

Gvant Wills, on the other hand, said the Turkish people are very hospitable. An admirer of Muğla’s natural beauties, Wills says he has been coming to Turkey at least one to two times a year.

“I prefer this place even during the pandemic period because Turkey is safe and very hospitable. People can come here with peace of mind. Turkey is a gorgeous country with its historical and natural beauty,” he noted.

Another tourist, Ban Ryan Rices, said they had a safe flight from the U.K. Rices has also bought a house in Muğla’s Fethiye district because of what he said was his admiration for the natural beauty of the region. He said he arrives in Muğla several times a year with his wife and children.

Mary Rices said she has been happily coming to Fethiye for vacation for 13 years with her children.

Around 76 flights were said to be planned between July 15 and July 31 via British airline company Jet2.com and package tour operator Jet2holidays. British Airways earlier also said it would resume its flights to Turkey as of July 16. EasyJet and TUI, meanwhile, will launch their first flights to the country on Aug. 1.