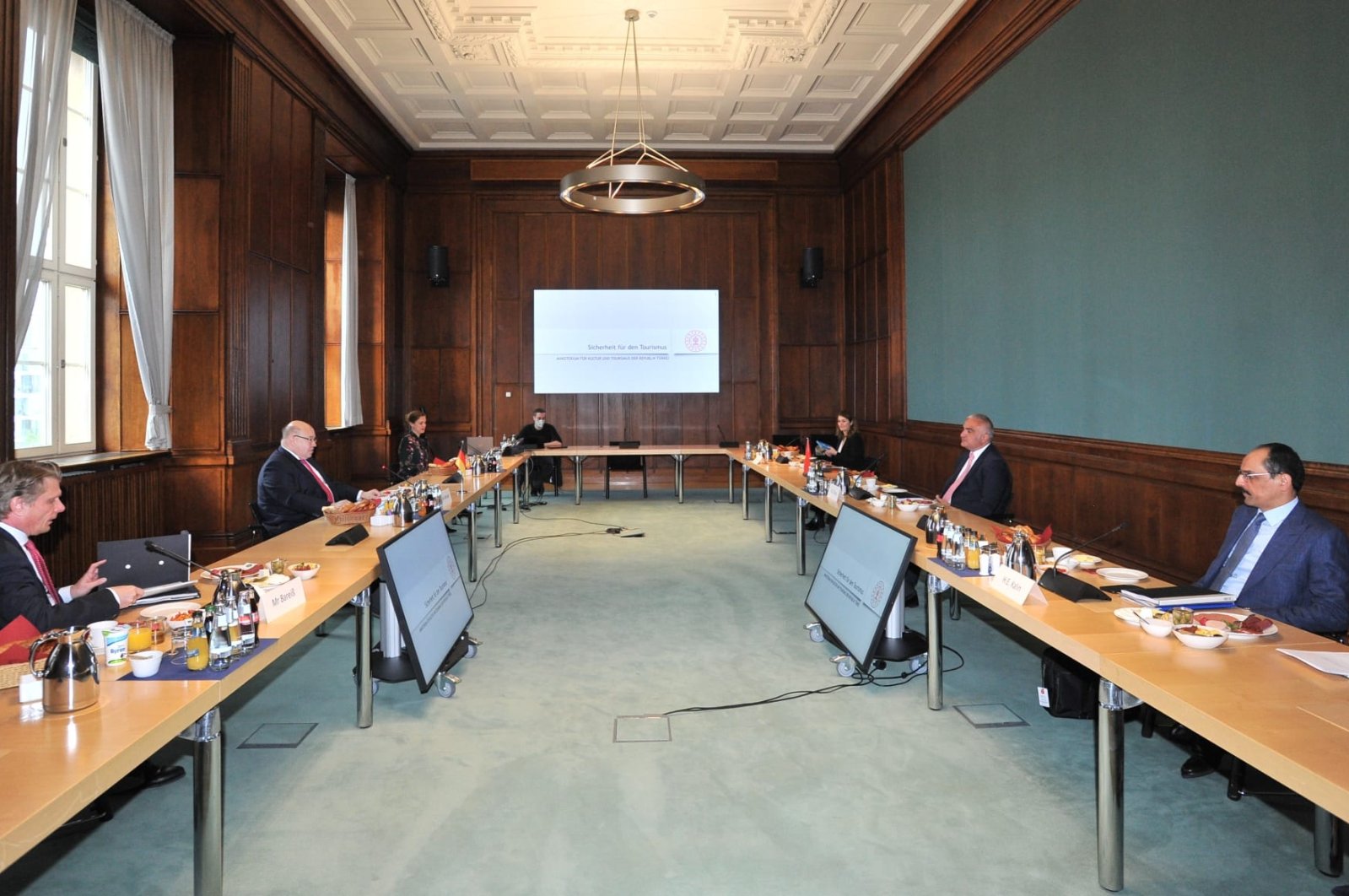 A delegation led by Turkey's Culture and Tourism Minister Mehmet Nuri Ersoy arrived in Berlin Monday to discuss with their counterparts ways to promote safe and reliable travel during the coronavirus pandemic.

Speaking to the press at the Turkish Embassy in Berlin, Ersoy said he and the German officials discussed using coronavirus PCR tests while traveling from Germany to Turkey.

"I think we can make this clear on Monday," the minister noted. "Practices in Europe must be valid in Turkey. This is our view," he added.

Speaking about the European Union travel passes meant to facilitate safe free movement inside the bloc during the coronavirus, Ersoy said Turkey is working to be part of this system.

"Officials of the Turkish and German health ministries are talking about this today," he said, adding that Turkey is preparing to ensure that all practices being followed in Germany will be valid in Turkey as well.

"All will become clear this week. We will harmonize Turkey with their (Germany's) decisions," he noted

"Germans are aware of this," he said. "We think that there will be a rapid flow (of tourists) to Turkey after the necessary safety for traveling is ensured."

Turkey has long been a top destination for German holidaymakers, but the number of German tourists visiting the country fell sharply last year due to virus-related travel restrictions and quarantine measures.

German Foreign Minister Heiko Maas said earlier this month that they were discussing various steps with Ankara to facilitate travel in a responsible way while maintaining the necessary measures against the pandemic.