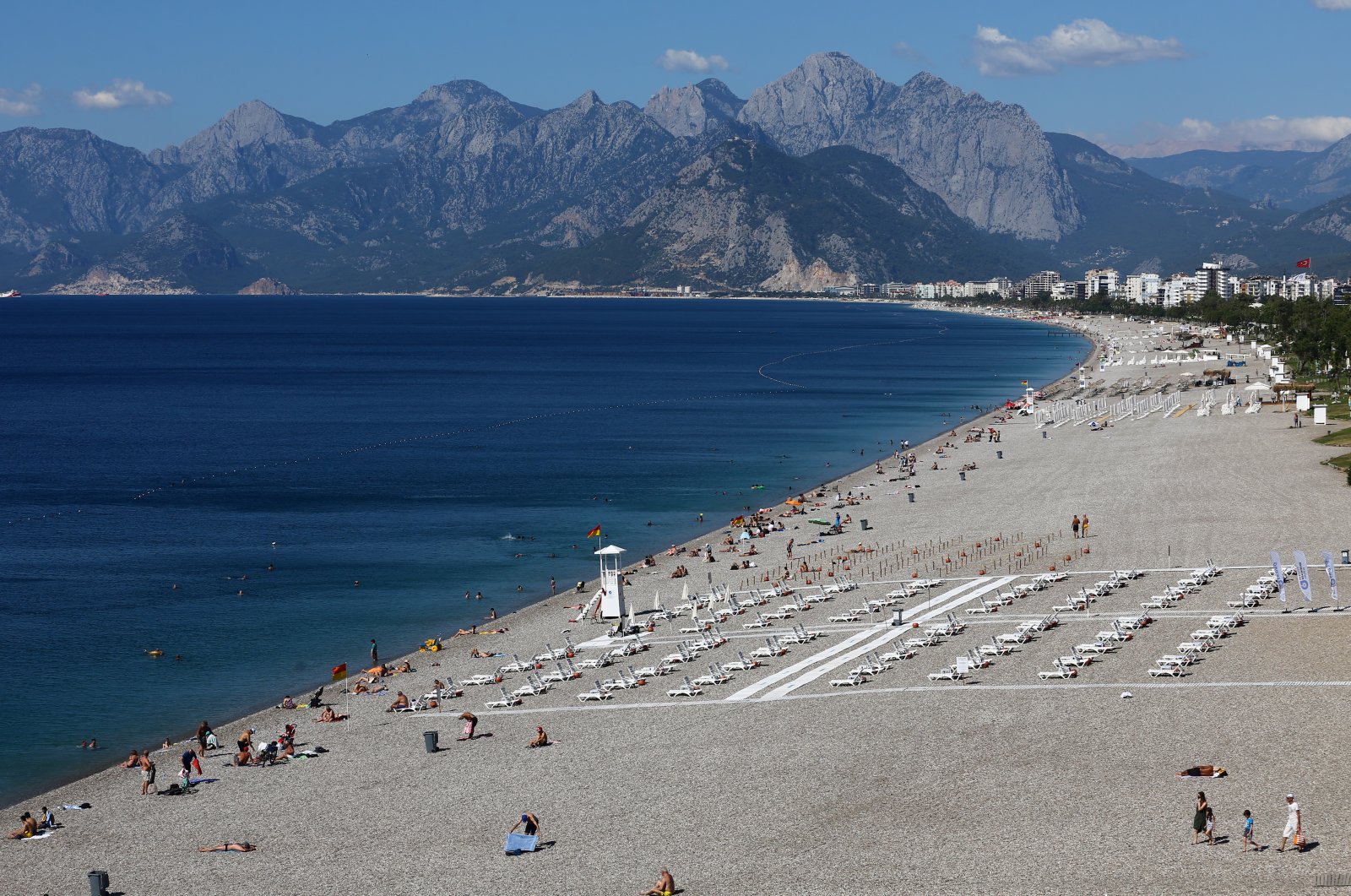 Several German officials on Monday said they hope Berlin would soon ease its coronavirus-related travel restrictions for Turkey so tourism activities between the two countries could resume.

"Every country should be treated fairly and I am pretty confident that tourism activity between Turkey and Germany will resume soon," the German government's tourism commissioner, Thomas Bareiss, told German broadcaster NTV.

"I hope that I will have the opportunity to travel to Turkey this summer," Nils Schmid, foreign affairs spokesman for the Social Democrat Party (SPD) said at a webinar on German-Turkish relations.

Speaking at the same webinar, Juergen Hardt, the foreign policy spokesman for Merkel's conservative CDU, said they were aware of the expectations of German tourists and the Turkish community in Germany.

The officials’ remarks follow Turkish Foreign Minister Mevlüt Çavuşoğlu and Culture and Tourism Minister Mehmet Nuri Ersoy’s visit to Berlin last week to discuss with German officials issues like tourism during the pandemic, as well as Berlin and the European Union’s travel warning against Turkey due to the outbreak.

Germany's tourism commissioner Bareiss said the talks in Berlin were fruitful, indicating that discussions between the two sides are ongoing.

He added that government officials were mulling steps to resume tourism activities between the two countries, provided the number of COVID-19 cases is lower in Turkey’s holiday resorts and safe travel conditions are met.

He stressed that Ankara has taken all necessary measures to ensure the tourists' safety.

Foreign Minister Çavuşoğlu had called on Berlin to reconsider its travel warning. He urged the EU to add Turkey to its "safe list" of countries that were classified by the 27-member bloc as safe destinations.

His German counterpart Heiko Maas said health authorities will review detailed information provided by Turkey and make a decision in coordination with the EU.

Speaking at the webinar, organized by the Berlin representation of Turkey's ruling Justice and Development Party (AK Party), SPD foreign affairs spokesperson Schmid said he hoped to see some changes on the travel warning in the next few weeks.

Hardt, however, underlined that the German government will make a decision based on a scientific assessment of the situation by relevant institutions.

The German government last month decided to lift its global travel warning only for EU member states and Schengen associated countries (Iceland, Liechtenstein, Norway and Switzerland), but extended it for all the other countries, including Turkey, until the end of August.

On the other hand, in a list it unveiled last week, the EU decided to exclude Turkey, along with the U.S. and other countries, from a list of 15 countries recommended for nonessential travel. Ankara called on the bloc to correct the “mistake” as soon as possible, citing its measures taken to combat the pandemic as well as its efforts and successes.

In the wake of the pandemic, Turkey's Culture and Tourism Ministry launched the Healthy Tourism Certification program in partnership with the Foreign Ministry. The program covers a broad range of safety measures in transport, accommodation and hygiene, both for hospitality employees and tourists, according to the Tourism Ministry.