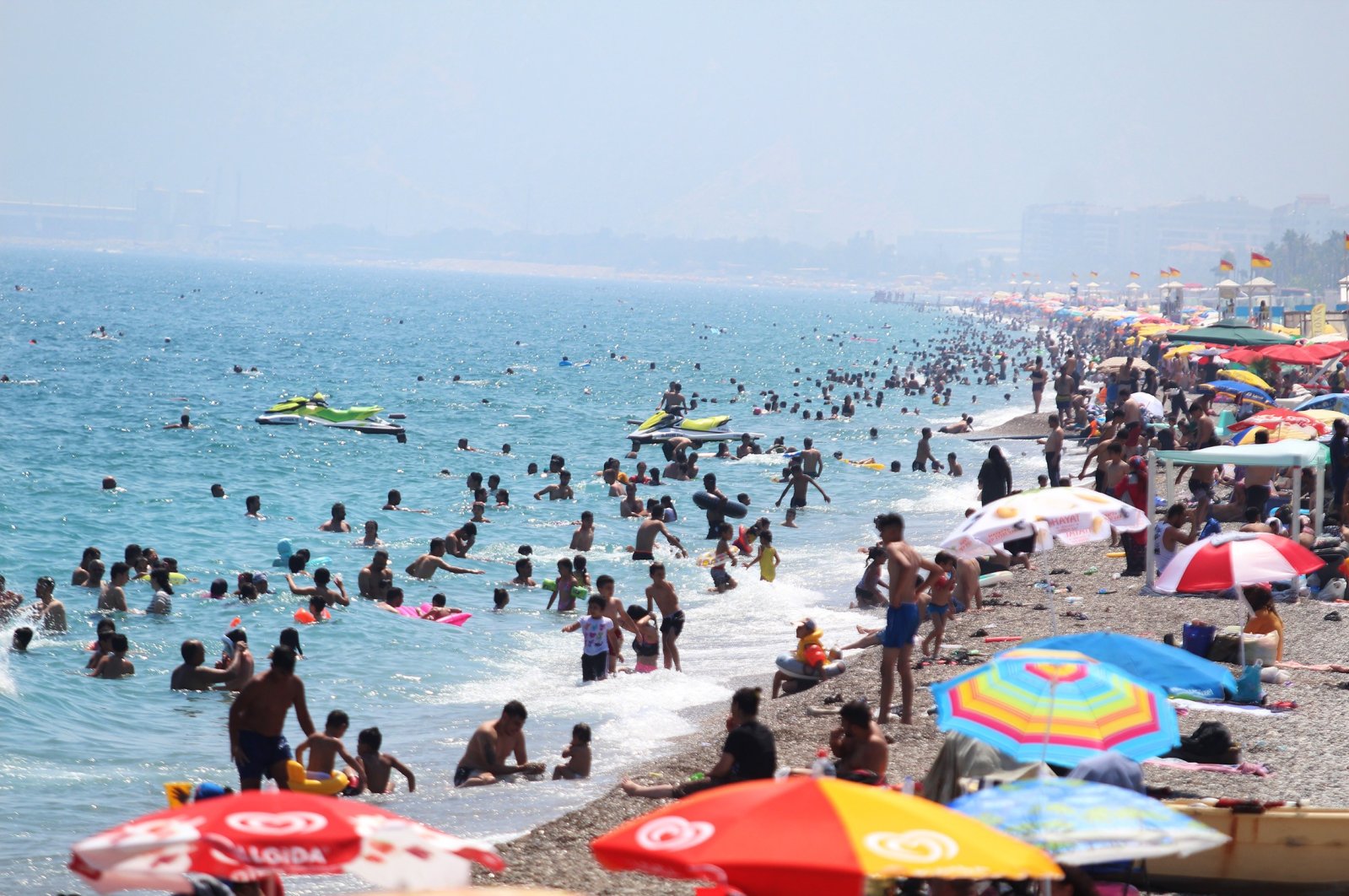 Antalya welcomed over 21,000 tourists in June, a figure that exceeded 27,000 in the first week of July alone, while industry representatives expect the mobility to accelerate as more countries ease travel and flight restrictions

Turkey’s tourism capital, Antalya, has made a faster-than-expected start to the new season after the country allowed tourism facilities to reopen in June as it eased coronavirus lockdown measures.

The southern resort city, which hosts millions of foreign tourists every year, welcomed 36 charter flights from nine different countries on July 5 alone, according to industry representatives. It is seeing more international flights than local ones.

"Guests from 36 cities of nine countries have arrived in Antalya via charter flights on July 5," Atmaca told Anadolu Agency (AA) Thursday. "This is a great success for Antalya."

The majority of the tourists arrived from Kazakhstan, Belarus and Ukraine since Turkey opened its borders and resumed international flights on July 11.

Atmaca said the safe tourism certificate is obligatory for all facilities with over 50 rooms. "The tourism activity, which began on July 1 with Kazakhs, Belarusians and Ukrainians, continues. More than 10,000 Ukrainians arrived in the first week and returned happily to their country. We, as a country and sector, are very ahead in hygiene and food security. This fact was further clinched with the certificate," he said.

But for Turkey, much will depend on flights from Russia, Germany and Britain – also hard hit by the virus – which are top markets for Turkey, where tourism accounts for up to 12% of the economy.

Turkey expects the mobility that started with the Ukrainian market to accelerate as more countries ease travel and flight restrictions.

Most recently, the U.K. on Friday unveiled a list of nearly 60 countries, including Turkey, and said it would ditch a 14-day quarantine period for people arriving from these countries it deems to be a lower risk for COVID-19.

The move, effective July 10, clears the way for millions of British tourists to take summer holidays without worrying about being quarantined when they return. Those arriving from higher-risk countries will still have to self-quarantine for 14 days under a rule which has angered airlines and travel companies.

"British tour operators will make a serious entrance into Turkey as of Aug. 1," said Engin Sertoğlu, the head of the U.K.-Turkey Travel Agencies.

Sertoğlu even said the season could extend to November. "If the carriers extend this (season), the business will go up. This extension is somewhat dependent on the supply and demand issue of low-cost airlines. I would suggest that our players in the industry contact other cities in the U.K. about flights to Turkey. Turkish Airlines goes full from here (Turkey), but their arrival is relatively empty," he explained.

The British ambassador to Turkey, Dominick Chilcott himself on Wednesday praised Ankara's measures to stem the spread of the coronavirus.

"I was impressed to see how strictly the measures were being applied at the airports and hotels to ensure the safety of tourists," Chilcott said.

SunExpress, a joint venture of Turkish Airlines and German carrier Lufthansa, announced Tuesday the resumption of direct flights from London to several Turkish cities, including Antalya and the southeastern province of Gaziantep.

The carrier will start operating a weekly direct scheduled flight to London from Antalya and Gaziantep as of July 10. The airline had already resumed its flights to the U.K. from Ankara on July 2 and from the Aegean province of Izmir the day after.

Sertoğlu also discussed the fact that Spain was being encouraged for holidays in the EU. "The British’s preference for Spain is rather economic. There are tickets between 19 pounds ($24.05) and 29 pounds. These figures are not possible for Turkey."

As for Germany, its government last month decided to lift its global travel warning only for EU member states and Schengen associated countries (Iceland, Liechtenstein, Norway and Switzerland), but extended it for all the other countries, including Turkey, until the end of August.

Turkey is one of the most popular travel destinations for German holidaymakers. Nearly 5 million German tourists traveled to the country last year.

In a list it unveiled last week, the EU decided to exclude Turkey, along with the U.S. and other countries, from a list of 15 countries recommended for nonessential travel.

Ankara criticized and called on both Berlin and the EU to reconsider their decisions and correct the "mistake" as soon as possible, citing its measures taken to combat the pandemic as well as its efforts and successes.

Çağlar Bardakçı, a general manager of a luxury hotel in Belek, Antalya, said their July occupancy was 20%, adding that due to COVID-19, they do not plan to go over 50%.

"We took a lot of precautions before we opened. Holidaymakers follow all measures from the entrance and there is no intensity because our facility has so much space. They go to the sea, to the pool, take advantage of all the facilities," Bardakçı said.

"So far no one has said ‘we could not be comfortable because of the rules,' everyone says 'I feel safe on holiday.'"