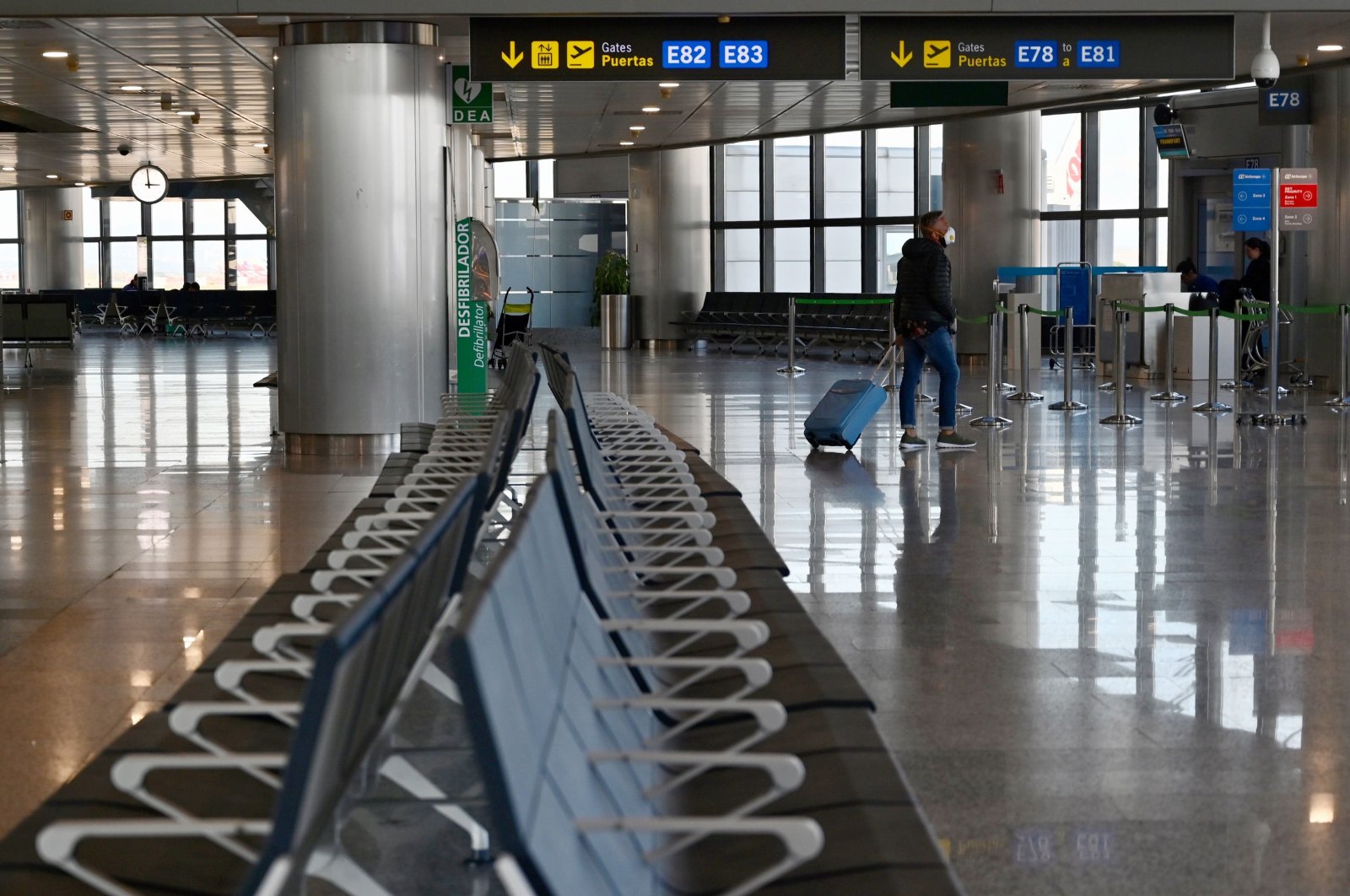 A person wearing a protective mask pulls a trolley along rows of empty seats at the Madrid-Barajas Adolfo Suarez Airport in Barajas on March 14, 2020. (AFP Photo)
by REUTERS Dec 02, 2020 4:19 pm

The new restrictions accentuated the blow to Spain's tourism industry, after a hoped-for recovery in the summer failed to materialize.

The year-on-year decline in October was similar to the decline in September and steeper than the 76% decline in August.

Over the first ten months of the year, some 17.9 million foreign tourists visited Spain, around 76% fewer than in the same period of 2019, the National Statistics Institute (INE) said.

France now accounts for the largest group of foreign tourists after the number of Britons – who last year made up a fifth of international visitors – plunged 82% between January and October.

The region that was most popular with tourists in the first 10 months of the year was Catalonia, while the number of visitors to the Canary and Balearic archipelagos plummeted 68% and 87% respectively.

Canary Islands officials expect a small recovery in the winter season and target 5 million visitors this year down from 15 million in 2019.