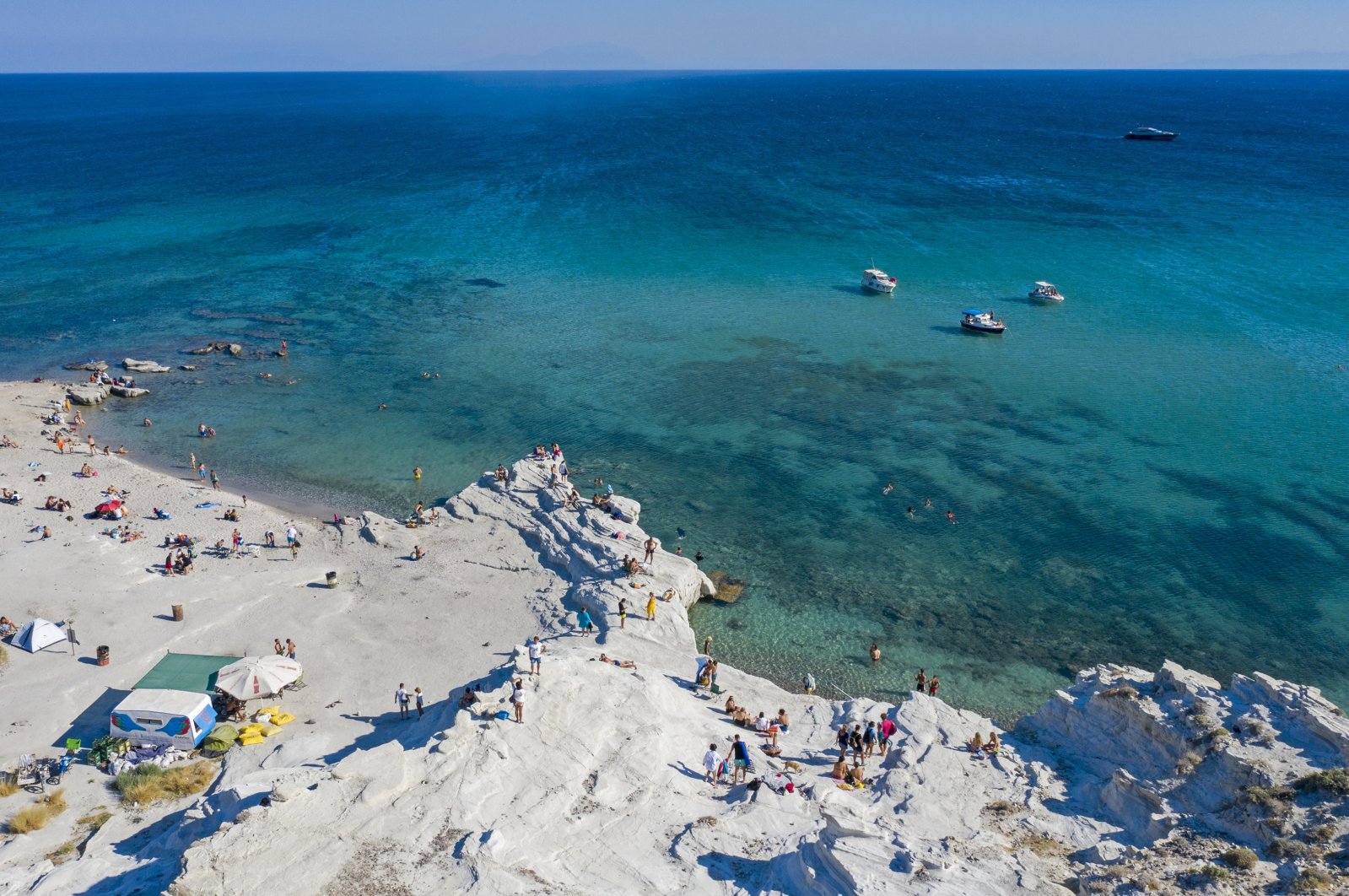 The tourist inflow to Turkey’s Aegean region, which is home to the country’s many prominent tourism destinations, continues during the first month of autumn.

Anadolu Agency (AA) said in a report on Tuesday that in the “Aegean Riviera,” the region spanning from Northwestern Çanakkale province down to southwestern Fethiye district of Muğla province, tourists are continuing their vacations as temperatures continue to wander around 30 degrees Celsius (86 degrees Fahrenheit).

Tolga Gencer, a board member of the Turkish Travel Agencies Association (TÜRSAB), told an AA reporter that the domestic tourism market saw heavy tourist activity in July and August.

“As the schools continued remote education, tourism destinations saw the influx. Boutique hotels are the favorites of Turkish citizens, and the tourism season lasted longer compared with previous years. Such numbers of tourists in the month of September are very good for the region. And it seems likely that it will continue until the first week of October,” he said.

“Our citizens come to the coast to be isolated.”

Yakup Demir, chairman of the Touristic Hoteliers Association in western Izmir province’s Çeşme district, said the coastal town is very pleasant during the month of September.

Saying that vacationers chose the month of September to avoid crowds in July and August amid the coronavirus pandemic, Demir added that the occupancy rate is higher than last year’s September.

“The hot weather has helped tourism a lot. The temperatures over 30 degrees have added value to the vacations. Not only hoteliers but also shop owners are happy,” he stated.

Demir also said that the vacationers extended their holidays due to the pandemic, and people are preparing to spend the winter in the district.

“There are people installing central heating in their summer homes. Our citizens will come to the coast to be isolated. One can take advantage of the sun, sands and the sea until the first weeks of November. Afterward, thermal tourism kicks off in Çeşme,” he added, underlining that staying in the district is considered more advantageous compared with staying in big cities when risks of contracting the coronavirus are considered.

Demir added that the hotels are operated with the prices of two years ago, and they have discounted another 50% off during the month of September.

“The daily rates for staying in hotels in Çeşme is around 700 liras ($93) and 350 liras ($46) for boutique hotels in Alaçatı neighborhood. We have discounted the prices, let alone increasing them. We will win over the perception that Çeşme is expensive,” he concluded.