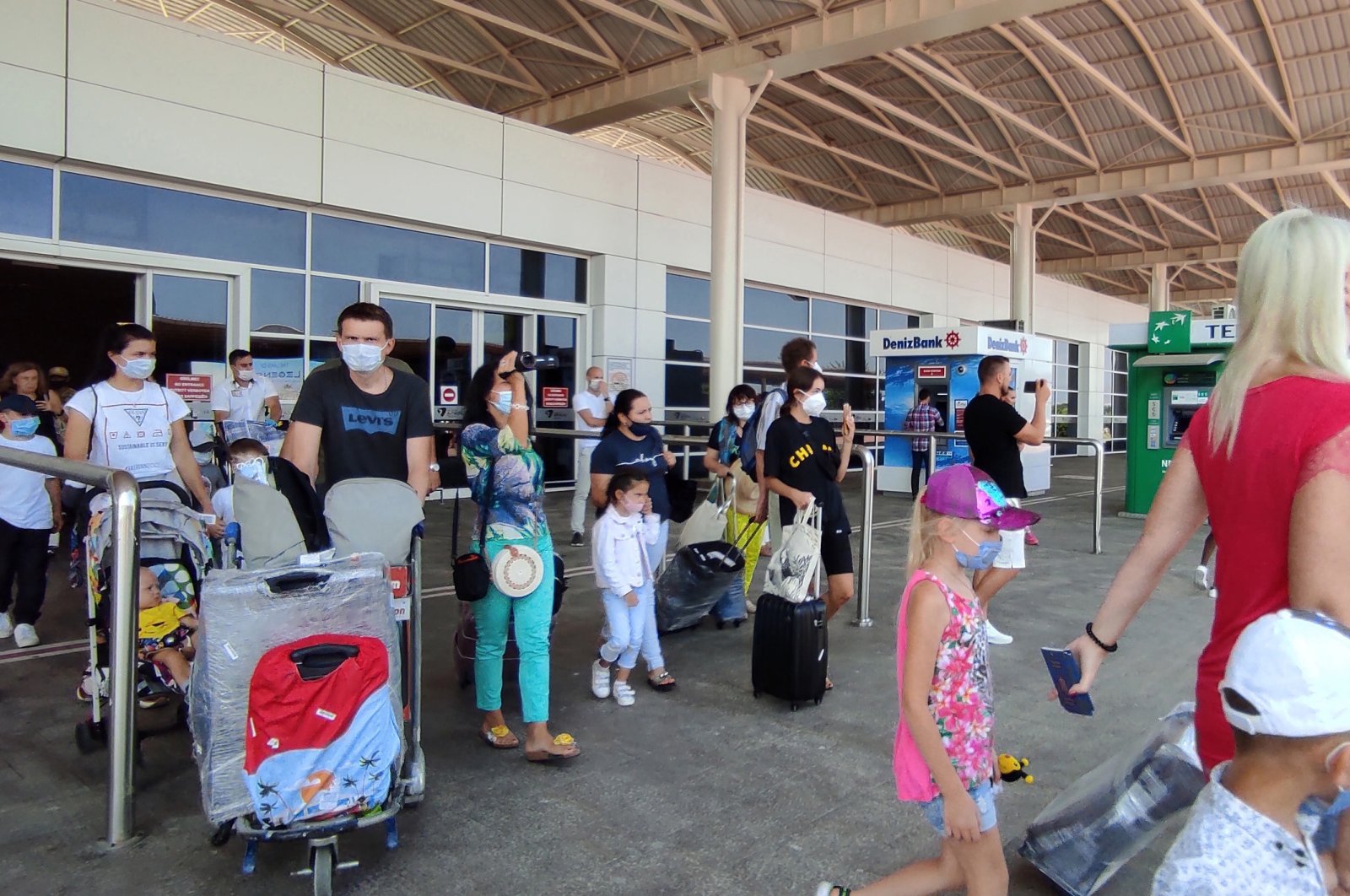 Foreign tourists who choose the southern province of Antalya for their vacations have found Turkey to be safe and are said to prefer remaining there to returning home as global coronavirus infections continue to rise.

COVID-19 measures in the health and tourism fields have given confidence to domestic and foreign travelers in Turkey.

The number of foreign residents in Antalya on the Mediterranean coast increased after Turkey began international flights and lifted travel restrictions, according to the headman of the Mahmutlar neighborhood.

Ahmet Top told Anadolu Agency (AA) Friday that 12,000 people from 40 nations live in the neighborhood, which has a population of 65,000.

Russians make up half of the residents, and others from Norway, Sweden, Switzerland and Iran have settled in the district by buying or renting homes, according to Top, who said there are no COVID-19 patients in intensive care units at local hospitals. He said the number of cases is very low compared to those in the foreigners' home countries, underlining that coronavirus measures are strictly applied in the neighborhood.

"The first choice of the Russians is Antalya, both for a holiday and settling," according to the head of the Russian Art and Culture Association, Irina Balcı.

There are more than 100,000 foreign residents in Antalya and most of them are Russians, she said.

With reassuring coronavirus measures in Turkey and the start of flights, Russians flocked to the region and a considerable number preferred to rent homes and stay.

"They find it safer here and they are waiting for the pandemic to end," Balcı added.

In Turkey, very effective measures were taken against the virus and the risk is lower, said Iranian Christine Farami, who has been living in the city for 14 months.

President Recep Tayyip Erdoğan said Tuesday that partial weekend curfews would be imposed to stem the spread of the outbreak.

According to Culture and Tourism Ministry data, Turkey welcomed about 9.46 million foreign visitors during the first nine months of the year.

The country’s tourism revenue also fell 71.2% to $4 billion (TL 30.5 billion) in the third quarter of this year, according to the Turkish Statistical Institute (TurkStat).